Yuki Tsunoda says he has a “question mark” over how his AlphaTauri Formula 1 car compares to that of team-mate Pierre Gasly after a surprise Q1 exit in Spain.

Tsunoda finished 16th in qualifying for the Spanish Grand Prix on Saturday at the Circuit de Barcelona-Catalunya, narrowly missing out on a place in Q2.

The Japanese driver was heard over team radio complaining about the car after his Q1 knockout before being told to calm down by his race engineer.

Asked about his qualifying struggles, Tsunoda said after the session that he prepared the car as normal and felt that everything was in the right window for his final lap, leaving him confused why he had not progressed to Q2.

“No, I wasn’t pushing too hard on the outlap, [I] just like do normal,” Tsunoda told Sky Sports F1.

“The tyre temperature is quite spot on before the lap. I think the team, we set up, we set up the tyre, but I don’t know. It’s not the place I want to fight.

“The performance in this car, it’s easy to go to Q2. I really struggled to even go to Q2.”

Tsunoda went on to suggest that the characteristics of his AlphaTauri AT02 car seemed different to those of Gasly across the garage, who managed to qualify 12th in Spain.

Tsunoda explained that the feedback he was giving was different to Gasly’s, leaving him with a “question mark”. 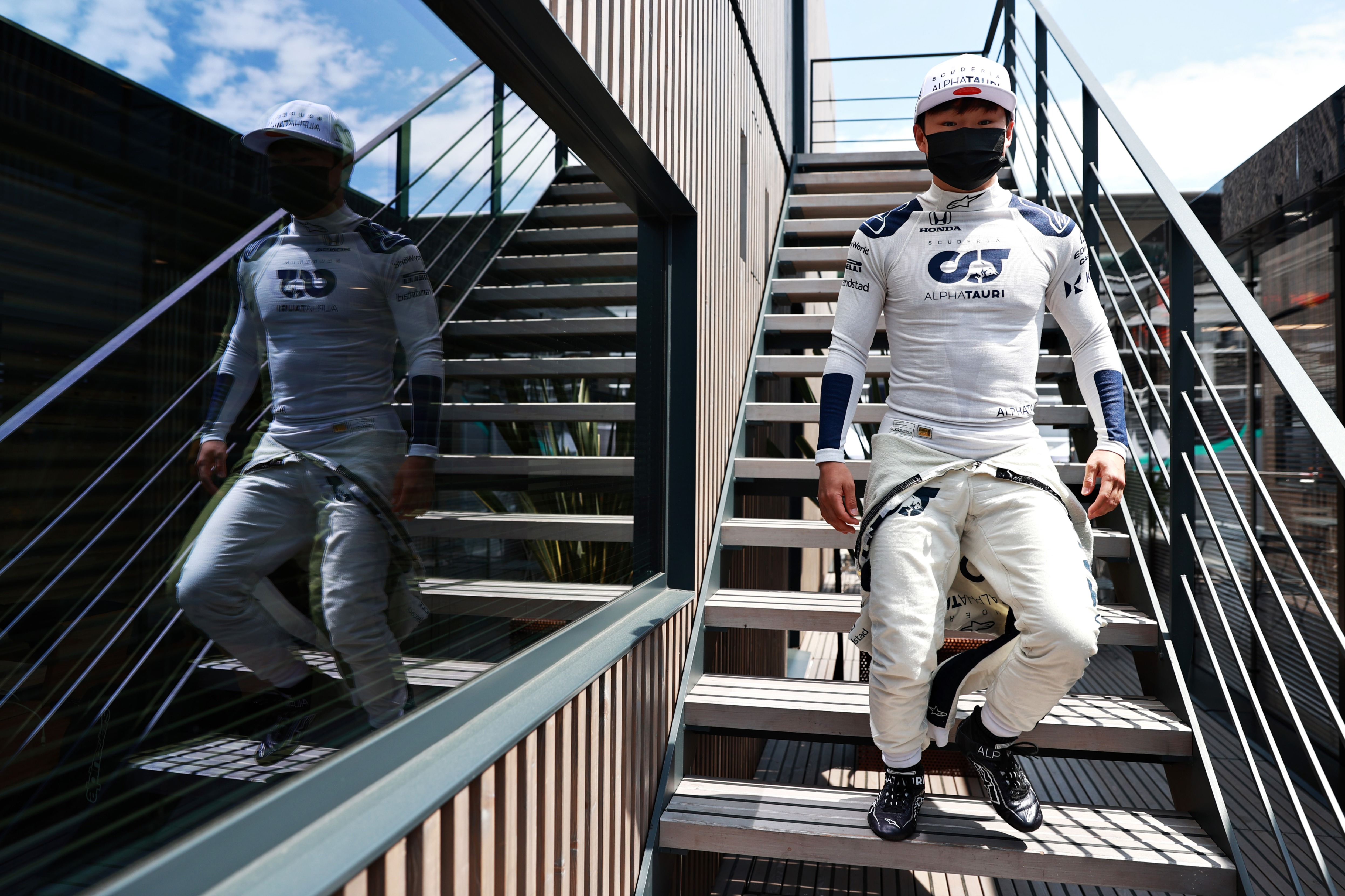 “It’s always different feedback compared to my team-mate, even when we try the opposite,” Tsunoda said.

“I have a little bit question mark [if it] is the same car - of course it’s the same car, but just the character of the car is just too different.

“Maybe, of course, it’s a different driving style. But yeah, I don’t know, I don’t understand what happened, why I’m struggling this much.”

The result marked Tsunoda’s second Q1 exit in his four F1 races to date, having crashed out at Imola and been forced to start from the back of the grid.

After an impressive debut in Bahrain that saw him battle through to ninth place, Tsunoda has failed to score any points since, finishing 12th at Imola and 15th in Portugal last week.