Daniel Ricciardo says increased confidence in his upgraded McLaren Formula 1 car is behind his strong Spanish Grand Prix qualifying performance, which he labelled as a "mini breakthrough".

While Ricciardo managed to start in front of Norris for two of 2021's first three grands prix, he has struggled to adapt to his new car so far, which especially shone through on Sundays.

Coming a week after a slightly disappointing Portuguese GP, in which Ricciardo didn't make it through to Q2 and finished ninth, the Australian appeared more at one with the MCL35M in Spain.

Ricciardo explained setting up McLaren's new upgrades, which include a slightly revised front wing and a new floor concept, helped him gain confidence in Barcelona's fast corners, which he was lacking in the first three races of the 2021 season.

In Q3 Ricciardo was the quickest in the first sector, which includes the high-speed Turn 3, illustrating that his faith in the car has grown.

"Probably the set-up, which then allowed me to drive better and more confidently," Ricciardo said when asked what was behind his gains compared to a low-key Friday.

"The car was tricky yesterday, I just didn't have a whole lot of confidence in the high-speed stuff, to be honest.

"So, I think that showed today. I think in sector one we were pretty quick, I went purple a few times.

"Once you get into one, you pretty much just jump on the throttle and hold on. And so I certainly had the confidence to hold on to it today.

"And we brought some updates. And I think basically, we improved the set-up to make the updates work today. So that was probably when we found the pace." 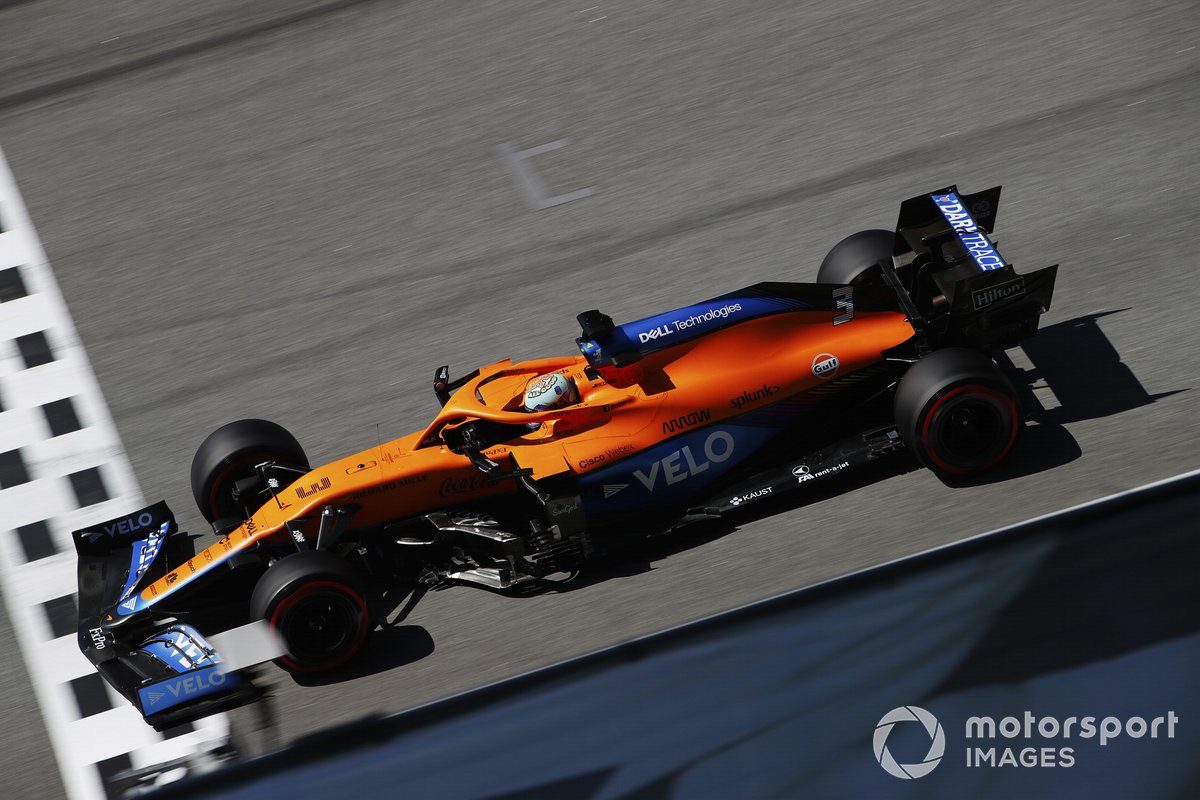 When asked if he would call his Saturday performance a breakthrough, Ricciardo replied: "There are still some corners on track, which I'm still finding my way [at], so to speak. So it's a mini breakthrough, let's say that.

"The narrative for sure has been it's taken time to get up to speed and also I think Lando has been driving exceptionally well. So these two factors have been challenging, I guess.

"It's certainly a more positive day and in saying that, there's still a little bit of what could have been because we missed the last run [in Q3]. We ran out of time."