The Russian was caught up in a bunch of slow cars ready to start their qualifying laps in Q1 at Barcelona, when Norris's fast-approaching McLaren came up behind them to finish a quick lap.

While drivers are supposed to stay in order prior to starting timed laps, Mazepin had found himself jumped by both Kimi Raikkonen and Yuki Tsunoda – who were finishing timed laps and also wanted to get out of Norris’ way.

Mazepin felt that it would have been dangerous to follow etiquette and hold his place behind them to let Norris through, so elected to push on and start his lap.

This meant Norris lost valuable time stuck behind the Haas driver for the run through the final corner, which forced him to run again to be sure of progressing to Q2 - a knock-on effect that would also hamper his Q3 prospects.

A stewards’ investigation determined that Mazepin could have waited longer and slotted in behind Norris, resulting a three-place grid penalty and a point on his licence.

Reflecting on the incident, Mazepin reckoned that the agreement between drivers about keeping in order ahead of the start of laps was flawed.

Speaking on a video call with media about what happened, Mazepin said: “Well, if I'm not mistaken, somebody from this call previously was asking about the drivers gentlemen's agreement into the last corner in Bahrain. I think it was a very prime example of that not sort of working in Formula 1. 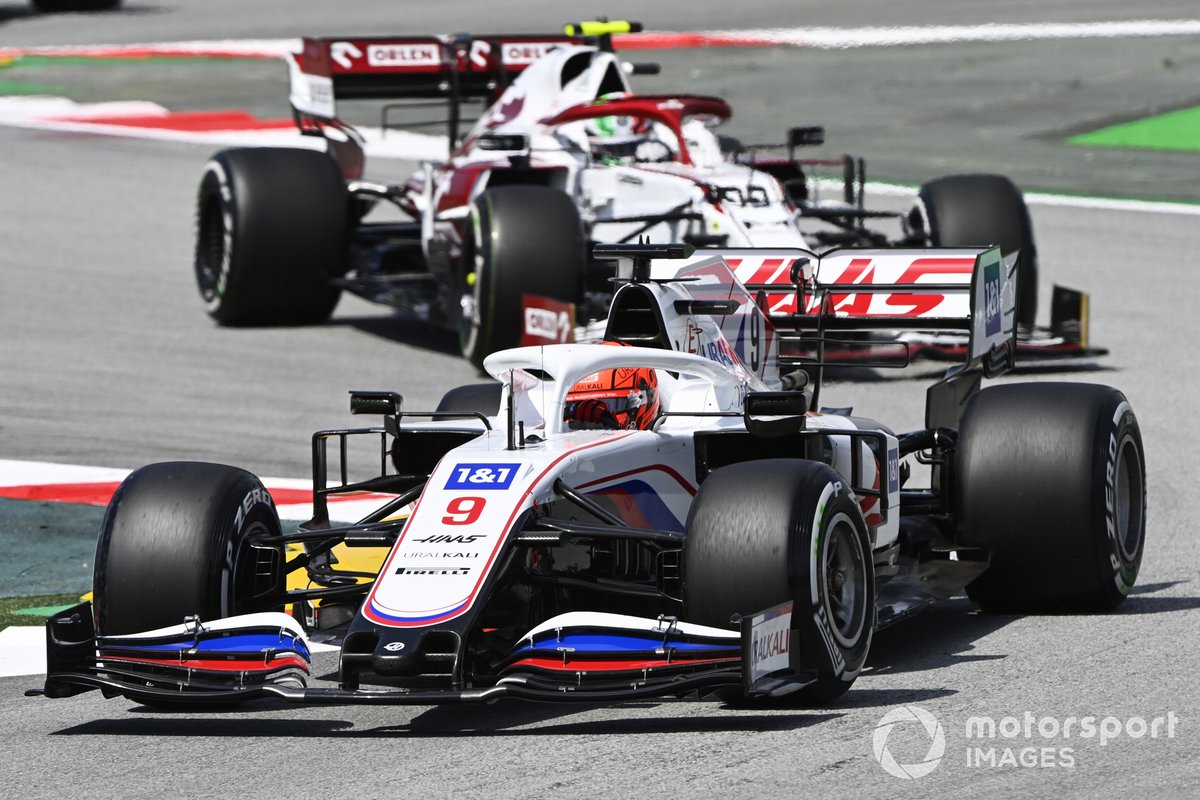 “I was really trying to keep to it, ever since I took note of it, but it is very difficult when two cars overtake you going into last corner, which is very slow and tight.

“With the length of a car, which is two and a half metres, you just cannot put a third car there, and especially if the fourth car is arriving at full speed. So, I didn't feel like boxing up behind was an option, because that would have left my rear end on the racing line.

“The only option was to go, which I did. And yeah, unfortunately, it's just all these things coming together.

“I'm not upset about it, because there's really not much I could have done, apart from, you know, disappear. Which unfortunately I'm not yet able to do."

Mazepin’s grid penalty will make no difference to his starting position as he qualified 20th.