Valtteri Bottas will start from pole position for the Formula 1 Brazilian Grand Prix at Interlagos. Here's how and when you can watch the race.

The sprint action was preceded by a dramatic set of events off the track, which resulted in Hamilton being excluded from Friday’s qualifying results due to a DRS rear wing infringement, taking him from sprint race pole to the back of the grid.

Mercedes later revealed Hamilton’s wing failed the FIA tests by just 0.2mm having tried to fight off the punishment through Friday evening and Saturday with the FIA race stewards.

In an unusual turn of events, Max Verstappen was separately given a €50,000 fine by the FIA having touched Hamilton’s rear wing in parc ferme conditions after qualifying on Friday.

While Verstappen’s touch of Hamilton’s rear wing wasn’t considered part of what caused it to fail the FIA tests, the Red Bull driver later admitted he had suspicions regarding Mercedes’ rear wing flexing which is why he examined it after qualifying.

The result of it all means with Hamilton finishing the sprint race in fifth, he’ll start Sunday’s grand prix in 10th place due to his earlier five-place grid penalty for taking on a new engine ahead of the Brazilian GP.

With Bottas taking Brazilian GP pole thanks to his sprint race win ahead of Verstappen, Ferrari’s Carlos Sainz Jr will start the grand prix in third place having overtaken the sister Red Bull of Sergio Perez in the sprint.

Lando Norris is promoted up to fifth place for McLaren due to Hamilton’s grid penalty, with Ferrari’s Charles Leclerc in sixth and AlphaTauri’s Pierre Gasly in seventh. 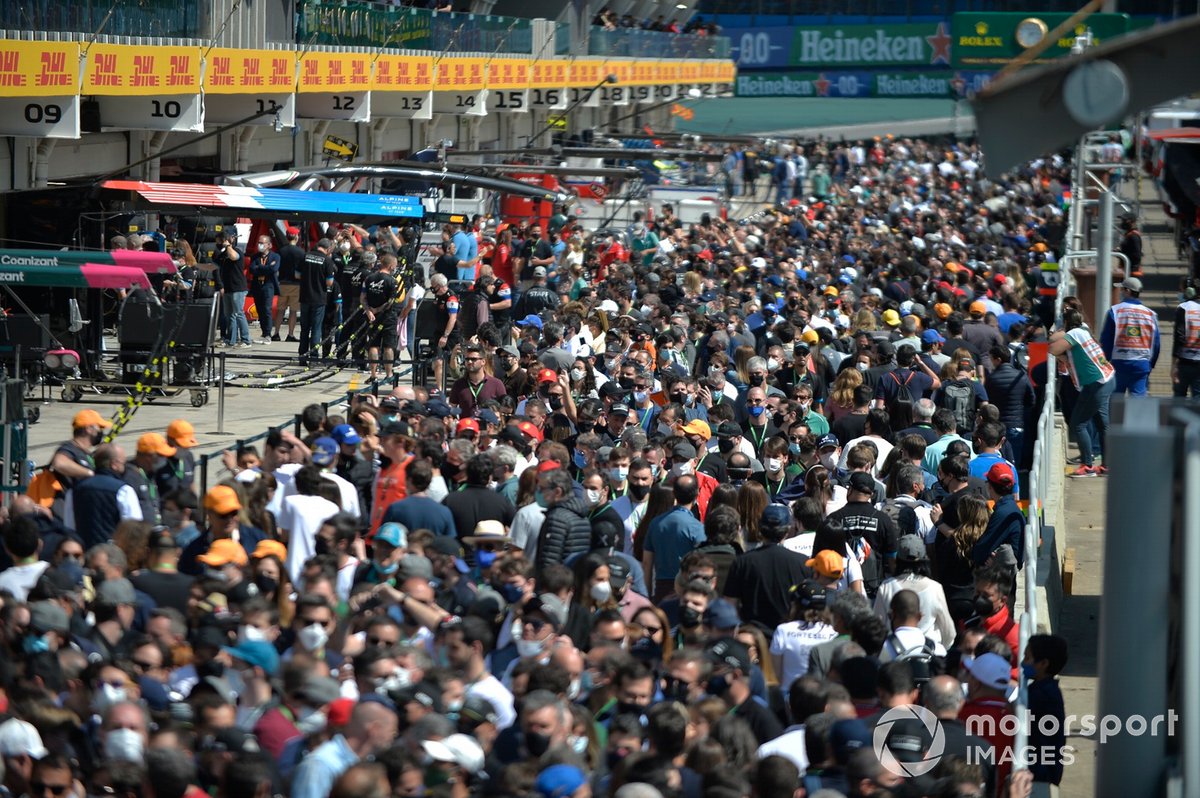 Fans walk through the pit lane

The 19th round of the 2021 F1 season, the Brazilian GP at the Interlagos, gets underway at 2pm local time (5pm GMT) on Sunday 14th November.

In the United Kingdom Channel 4 is also broadcasting highlights of the Brazilian GP at 11:00pm GMT on Sunday. The full programme will run for two hours and 30 minutes, covering the pre-race, the race highlights and the initial post-race reaction to wrap up the major talking points of the race weekend. 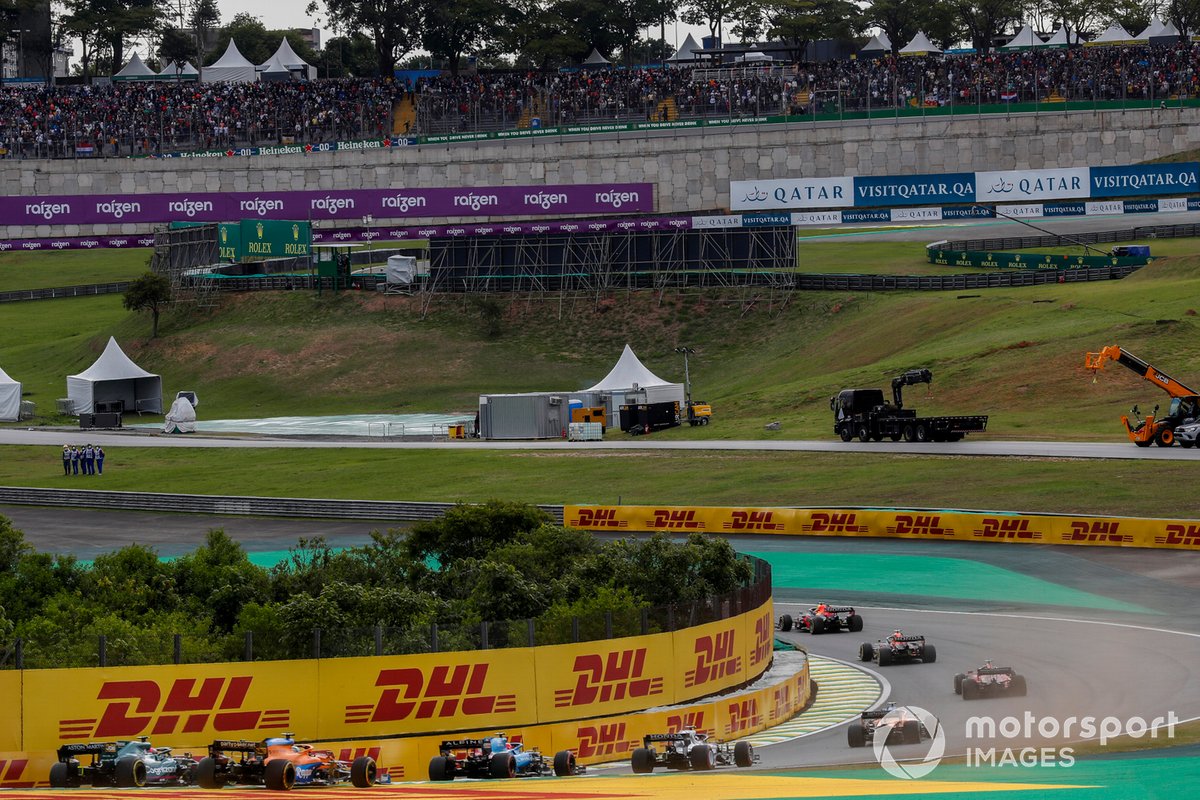 Live coverage of the Brazilian GP will start at 5:00pm GMT on BBC Radio 5 Live and on the BBC Sounds app.

Weather forecast for the Brazilian GP?

Current weather forecasts predict sunny and dry conditions at Interlagos, with a very small chance of rain during the race. The temperature is expected to be 23 degrees Celsius for the start of the race – three degrees warmer than the Mexican GP.

How many laps is the Brazilian GP?

The race is scheduled to complete 71 laps of the Interlagos circuit, covering a total race distance of 305.909km.