Lewis Hamilton is set to drop five places on the grid in Brazil on Sunday after Mercedes opted to fit his Formula 1 car with a new engine at Interlagos.

Hamilton took a fresh engine at the Turkish Grand Prix, sparking a 10-place grid penalty, but the seven-time world champion hoped he would have enough parts in the available pool for avoid taking another engine this year.

But following the start of practice at Interlagos on Friday, it was confirmed that Hamilton had taken a new engine ahead of the race weekend, moving onto is fifth on the season.

As this is the second time Hamilton has exceeded the limit of three engines for the season, it is only a five-place grid penalty.

It nevertheless comes as a blow to Hamilton’s hopes in Brazil as he looks to try and stop Red Bull rival Max Verstappen from extending his lead at the top of the drivers’ championship.

Verstappen has won the last two races in the United States and Mexico, allowing him to open up a 19-point gap to Hamilton at the top of the drivers’ championship. 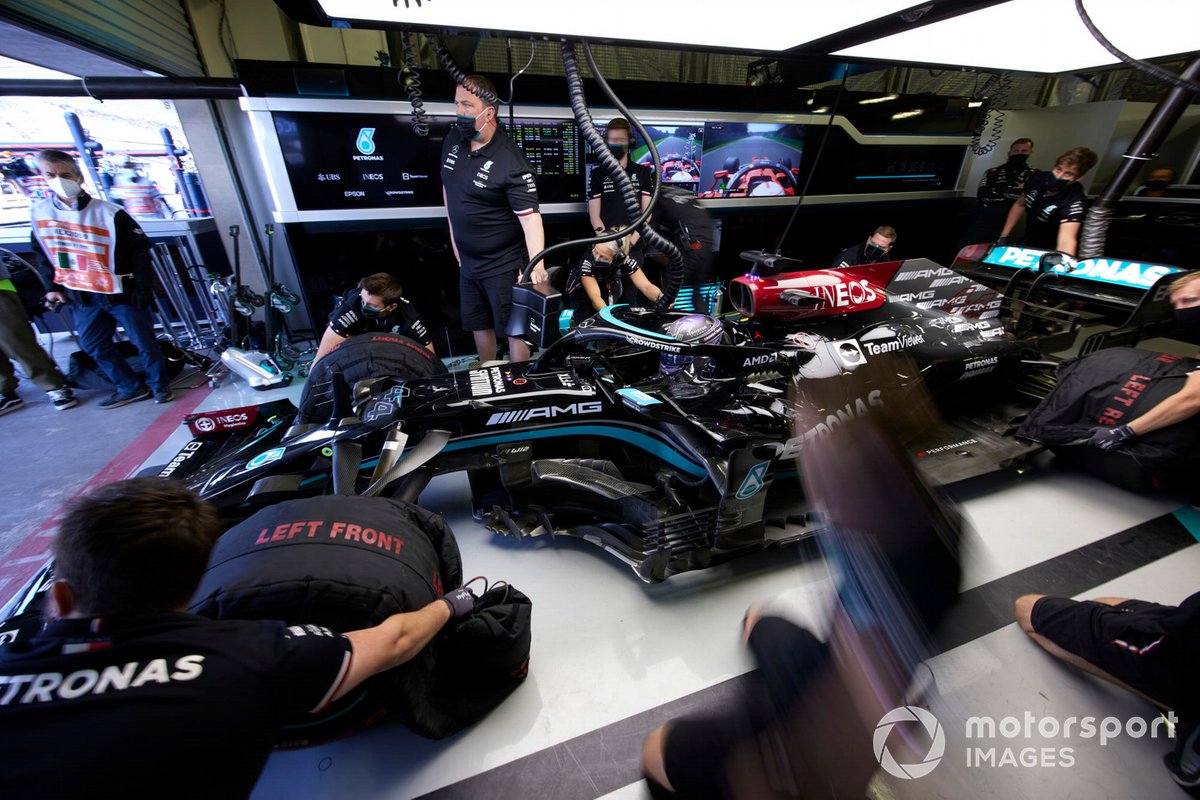 Mechanics remove the tyre warmers from Lewis Hamilton, Mercedes W12, in the garage

Verstappen won the most recent Brazilian Grand Prix at Interlagos, and is tipped to perform strongly again. Hamilton said on Thursday that the battle for victory against Red Bull this weekend would be “as steep as it can be”.

“I think their pace was phenomenal in the last race,” Hamilton said

“They’ve had a strong car all year. They’ve had the strongest car – you can tell, obviously.

“So, I think we’ve done as well as I think we could. We’ll definitely be pushing this weekend to see if we can squeeze any more out of the car.”

Hamilton will serve his grid penalty for Sunday’s grand prix, meaning he will still start Saturday’s sprint race from wherever he qualifies on Friday evening at Interlagos as part of the revised weekend format.