Sergio Perez is unchanged in his opposition to Formula 1 sprint races after the final trial of the format in 2021 at Interlagos, saying there’s "not a lot of action".

Perez was passed off the line by Sainz, who started on soft tyres. Despite closing on the Spaniard in the final stages as his mediums showed better pace, Perez was unable to get ahead.

The third and final sprint of the season offered the most on-track action yet, highlighted by Lewis Hamilton, who charged from 20th on the grid to finish fifth.

But having previously expressed his scepticism about the format at Silverstone and Monza, Perez said he was unchanged in his view on F1 sprint races.

“I think they’re mainly done for the fans, so if they enjoy them, then good. But I don’t particularly enjoy them.

“You cannot take too many risks because you can be heavily affected trying to pass people. It’s not like the actual race.

"You hardly gain anything, but you can lose a lot.” 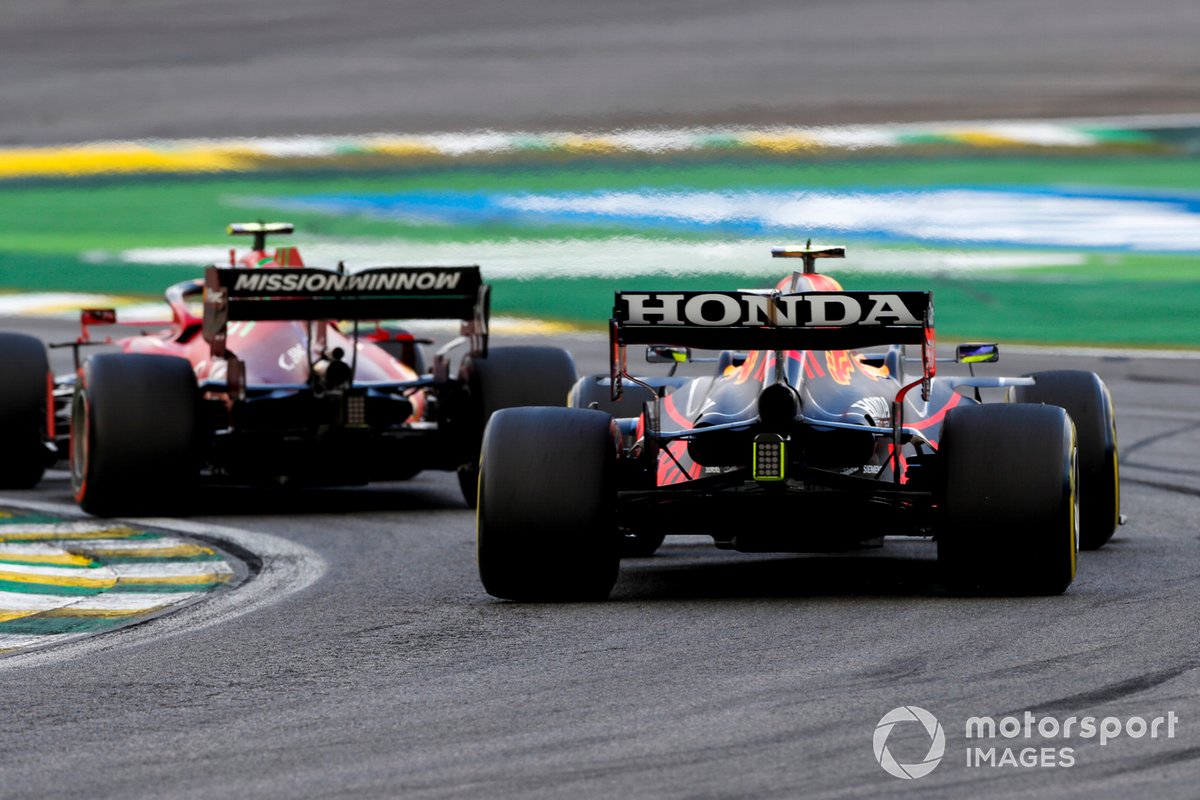 Perez felt there were “more risks I could have taken” when he was chasing Sainz for third place, having lurked close behind the Ferrari on a number of occasions.

“Obviously I can be a bit more aggressive, [take] more risk,” Perez said. “I really hope I can overtake Carlos and go with the leaders.”

Hamilton fought back to fifth place after being excluded from qualifying over a technical infringement with the DRS on his Mercedes car, crossing the line just 1.1 seconds behind Perez.

“I was pretty surprised to see the progress he made, he had tremendous pace,” Perez said.

“Lewis has a tremendous straight line speed. I’ve seen some of the moves he’s done, like the one on [Lando] Norris, it’s really impressive to see how far behind he is.”

Perez tipped Hamilton to become a threat in the grand prix on Sunday as well despite facing a five-place grid penalty that means he will start 10th.

“I think he will come through, sooner or later,” Perez said.

“He will be in the mix for tomorrow’s race.”