Sainz turned down an offer from the works Renault team for this campaign, instead deciding to stay within Red Bull to prove he deserved to step up to its frontrunning team.

However, with Daniel Ricciardo and Max Verstappen already under contract for next year, Sainz may have to look elsewhere.

"It's still a long season ahead and these rumours will always come," Sainz told reporters ahead of Sunday's Austrian Grand Prix.

"My target number one is to be with Red Bull next year and start fighting for podiums, wins or whatever they are fighting for next year.

"I'm going to keep pushing for this.

"If that doesn't happen a fourth year in Toro Rosso is unlikely and I'm not going to close the door to any opportunity.

"I'm definitely ready to take a step forward in my career. I'm not closing any doors."

Sainz has outperformed team-mate Daniil Kvyat this season, amassing 29 points to the Russian's four and he said his focus was to continue delivering on track.

"It's still very early, I don't know what is going to happen next year," he said.

"It's silly season. It's good fun but for me, the good fun is on track to keep performing as I am up until now.

"I have a job, which is to drive a car and do it as fast as possible.

"I have got to the point now where I feel confident with the team, with the car and I think the season is going positively until now.

"Every time we have finished, we've been in the points.

"We have 11 more points than at this point last season - this is all positive, but we just need to keep working." 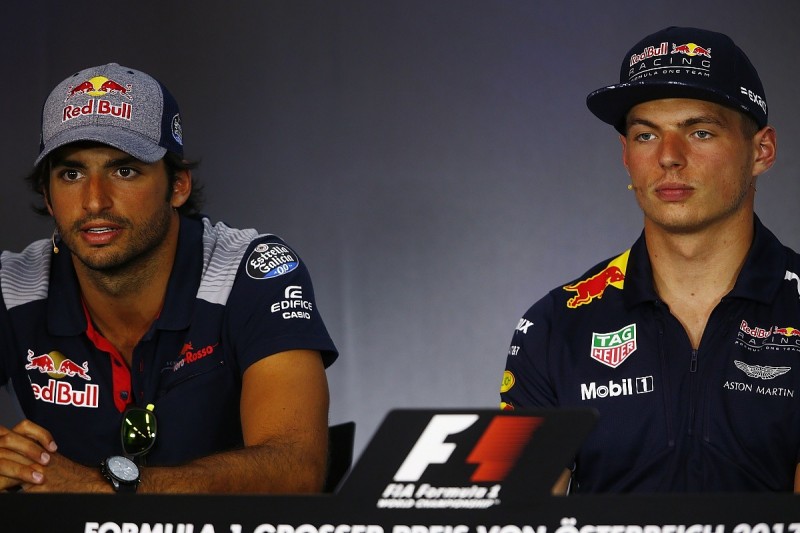 Sainz and Verstappen were asked what it would be like if they were team-mates once more, having been paired up at Toro Rosso in 2015.

"For me it was good fun [previously] and I wouldn't mind repeating it," said Sainz.

Verstappen added: "We had good competition absolutely - I like competition.

"I don't know how it is with the other contracts, we need to wait and see.

"I'm pretty sure, sooner or later we are both racing in competitive cars, together. I don't know which team yet!"