Although Hamilton said on Thursday he accepted an apology from Vettel over their collision behind the safety car in Azerbaijan, he also made it clear he still believes the Ferrari driver's actions set a bad precedent for the rest of motorsport.

Asked whether the FIA's decision that Vettel's in-race penalty and subsequent apology changed his view about the incident's implications, Hamilton replied: "I don't think anything changes, so my opinion stays the same.

"With all due respect, Jean should be sitting next to us to answer some questions perhaps, because I think they didn't change anything on the Monday.

"So the message that was sent still remains the same."

Pushed over whether he regretted saying post-race that Vettel had "disgraced" himself, Hamilton said: "I don't feel I was particularly upset after the race. If I was upset it was for other reasons.

"I don't feel I said anything that I particularly wish to take back, but I still have the same opinion of what happened.

"It is water under the bridge now, we move forwards, we spoke about it, so there is no point saying much more."

Vettel has reiterated his regret about what happened, saying he over-reacted to the mistaken belief that Hamilton had brake-tested him. 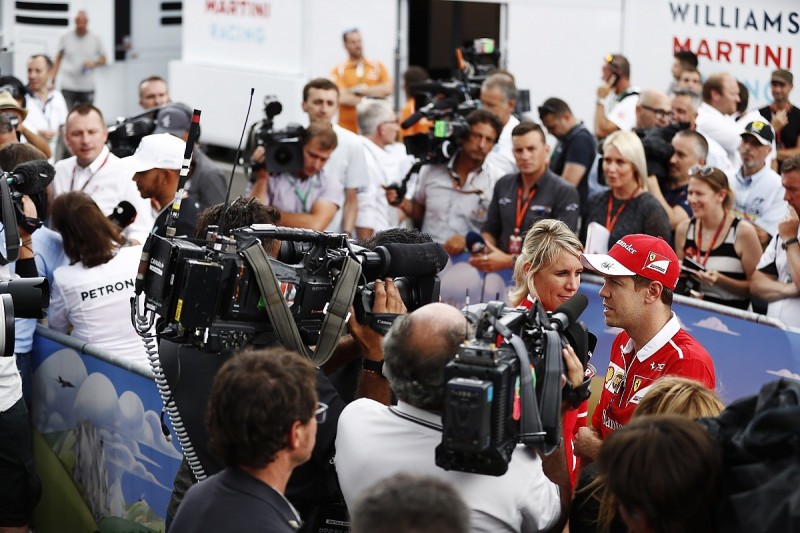 "At the time I was surprised. It felt that Lewis hit the brakes and I couldn't stop running into his car.

"I also said in the statement and said afterwards, I don't think there is any bad intention so I don't think he actually brake-tested me. At the time I read it like that.

"I was surprised and hence why I was obviously upset and over-reacted.

"But I don't think we need to drag it out any longer."

Although the FIA has faced criticism for not dealing with Vettel more harshly, Vettel hit back at suggestions he had got off lightly.

"I got a penalty," he said. "The race potentially was handed to me, with the fault or technical problem that Lewis's car had with the headrest.

"You can believe me that I wasn't happy at all after race.

"I finished fourth, I could have won the race, I don't need to tell you how many points difference that is.

"I said also, to him, that I never had the intention to hurt him.

"It is not like I tried to punch him... I over-reacted.

"Looking back it was the wrong thing to do. It was dangerous plus it was unnecessary because it didn't win me anything."