Although the Ferrari driver waited until after this week's FIA hearing to go public with his regret over swerving into Hamilton behind the safety car in Baku, he says the matter was dealt with privately on the Monday and Tuesday after the Baku race.

"Obviously I had a very different view inside the car than with a little bit of a gap outside of the car - that is why I made a statement," said Vettel about the fallout from the controversy.

"I had the chance to quickly talk to Lewis after the race, but I don't want to pump this up more than it is already.

"It is my right, our right, that it stays between us.

"But I think I said everything I had to say."

Hamilton said he made it clear during their conversation that he was unhappy Vettel had accused him of brake-testing.

"We spoke after the race on the Monday and then shortly after that he messaged me, the day after, I think it was," said Hamilton.

"I just said that I still have the utmost respect for him as a driver and will continue to race him hard through the rest of the season, in the same way I always have, no less hard than we have been already up until now.

"My only point to Sebastian was that saying that I had brake-tested him, I hope you can correct that publicly because people who were watching felt that was something I did, and the data showed that was not the case.

"In actual fact, he accelerated.

"The goal was to be as close as possible to me, but that was an error in judgement.

"My only point there in the reply to him was that I hope he makes that clear.

"There was no need for me to do something like that as I was in the lead."

"It was literally the next day when I got a text from Sebastian apologising. And I did accept it." 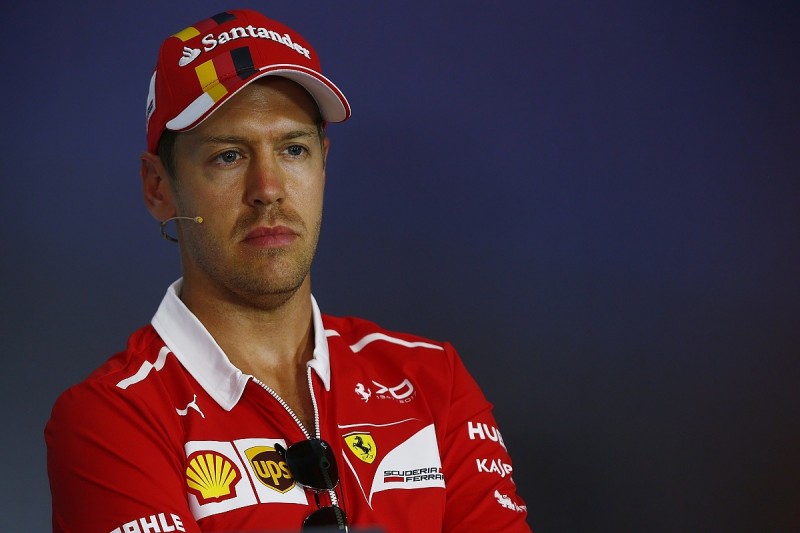 Vettel faced some criticism for only issuing a public apology in the wake of an FIA hearing, having previously suggested that he felt he had done nothing wrong.

Asked why it had taken him so long to say sorry, he replied: "I don't feel the need to talk to all of you [media].

"I think the person I had to talk to was Lewis. That was the most important and then the Monday I went to Paris to see the FIA.

"We had the hearing, they asked me my opinion in terms of what happened, we ran through the incident and that [apology statement] is what I did.

"I don't think there was a need in that regard to talk to you straight after.

"You are not the most important people, I think.

"The most important for me is the guy I am racing with - Lewis - and that is the one I decided to call first."