Formula 1's engineers are at their most ingenious when sidestepping the regulations to find performance - and, in this case, defying load tests to improve the car on-track. In this next edition of our Banned! series, we delve into the world of flexi-wings

One of the most difficult areas that the FIA's technical stewards have found to police in Formula 1 is flexible bodywork and wings, as there can be no such thing as a zero-tolerance approach.

There must be some degree of flexibility in wings and other components once a load is applied, otherwise they would simply shatter. But over the years, aerodynamicists have sought to benefit from the physical properties of aeroelasticity.

The concept of flexi-wings has been a persistent area of conflict between the teams and the FIA; in the lead up to and during 1999 there were a number of high-profile rear wing failures as teams were trying to create an effect whereby the rear wing would tilt rearwards under load. This would give required downforce at lower speeds, but reduced drag as speed increased.

In response, the FIA added a stringent load test on the rear wing during scrutineering to detect any adverse rear flex on the wing. 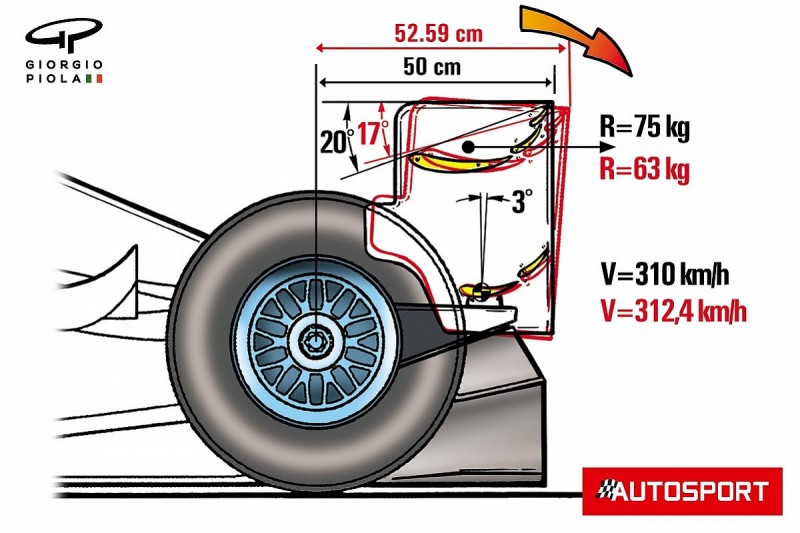 Straightline speeds began to increase again during the 2005-06 seasons as it became clear that teams were once again using aeroelasticity to make gains - but in a different manner to 1999's tilting rear wings. This time, engineers had designed the wing planes in such a way that the slot gap between the main plane and top flap would close up.

This had the effect of 'stalling' the rear wing, as the airflow couldn't remain attached to the wing in the usual manner.

This served the same purpose of reducing downforce and drag while increasing straightline speed.

As the car slowed, the gap would reopen and downforce would be restored.

F1's technical working group had already proposed a solution to stop the wings being manipulated, and had proposed it be introduced in 2007.

But, with its increased use causing concern it may get out of hand during the 2006 season, the FIA introduced slot gap separators from the Canadian GP (as seen on the illustrations from 2007, below). 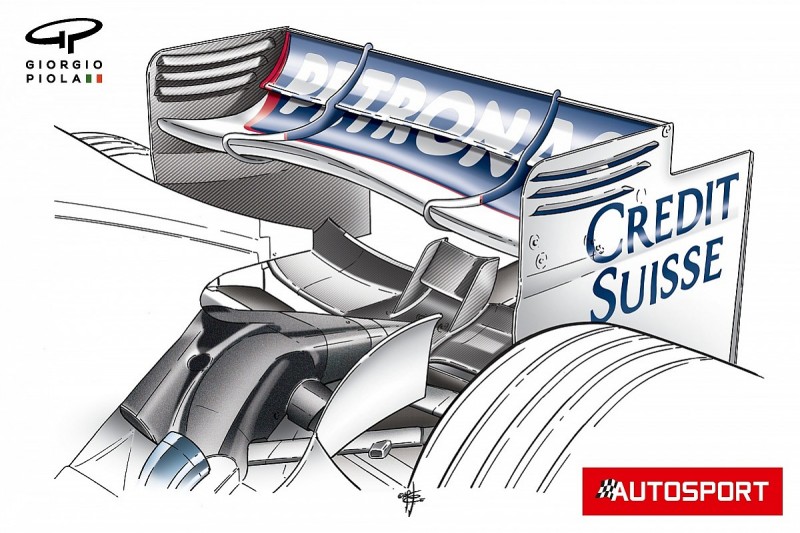 The subsequent occasions that flexible bodywork returned to F1 parlance seemed to result in Red Bull in the dock at every conceivable turn, as it often seemed to be the team singled out over flexi-wings.

In reality, Red Bull appeared to have the best handle on how to best apply aeroelasticity to the front wing, while also being able to defeat the FIA's load tests.

Teams began looking at ways to circumvent the load tests in a way that allowed the outer tips of the front wing to gravitate toward the ground.

This effect would magnify the downforce being generated and, as a consequence, also change how the airflow was pushed around the front tyre, altering the shape of the wake created.

Consequently this would improve downforce over the rest of the car. For example, the floor was now able to produce more downforce, as the wake wasn't sapping its performance as much.

The rules were changed throughout the next few years as the FIA tried to peg back any advances being made by the teams, all of which were dead set against losing any ground on their rivals. 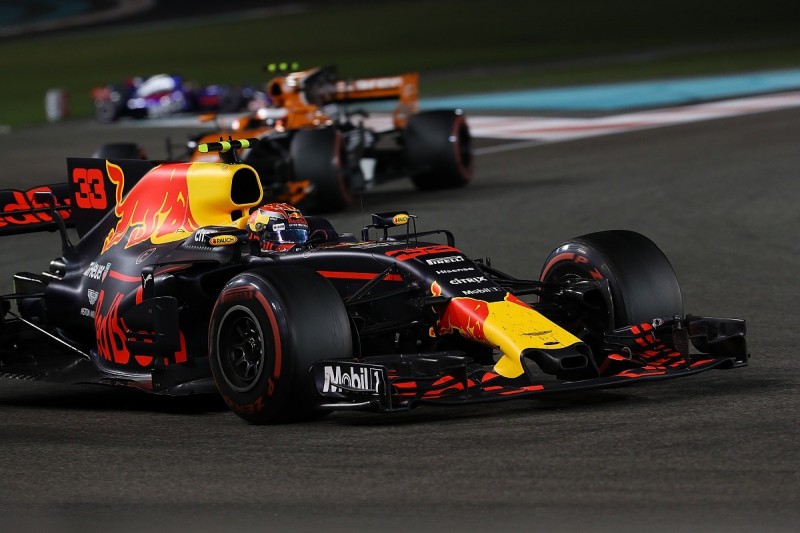 There was no one size fits all way of banning flexi-wings, although the practice did hit more of a snag when the regulations regarding the width of the wing were altered for 2014, as this magnified how the loads were put through the wing at the measuring point.

This altered the wing's relative position with the nose, and also the distance from the leading edge of the front wing to the front edge of the floor - an important area for connecting up air flows.

Undeterred, Red Bull appeared to have found another way around the changes, as its front wing footplates were seen to be rotating at a different rate to the rest of the wing and thus altering the effect on the vortex shed from it.

However, fresh opportunities will likely open up in the future, while engineers will hardly forget the previous lessons in flexible bodywork geometry.