Austrian GP: Upgraded Williams closer to front than ever - Bottas

Williams, which has been the third quickest team on pace this year, brought a big update package to the Red Bull Ring.

Although the Finn was only 14th fastest in Friday practice, he said Williams had not shown its true pace yet.

"I think we have made a step forward," said Bottas, who joined team-mate Felipe Massa on an all-Williams front row in Austria last year.

"I think everything worked as expected.

"Last year we were really strong in qualifying and in the race and I think we will be strong again but if we will be as strong as last year, that is difficult to say.

"The second row is definitely possible, we are going for it. The top three is the target for qualifying.

"I think we will be really close and definitely be closer to the front than any race before.

"Hopefully we will be really close to Ferrari and fighting for a top-three position."

Asked if Williams could challenge Mercedes in qualifying as it did 12 months ago, Bottas replied: "You never know. We are not that far away here."

"So far this season, Ferrari in race runs in practice have been much quicker," he said. "I think we seem to be quite strong in the race pace.

"I'm feeling good for the weekend. With the new bits on the car, it is creating more downforce, so the car feels better and better every time I drive it." 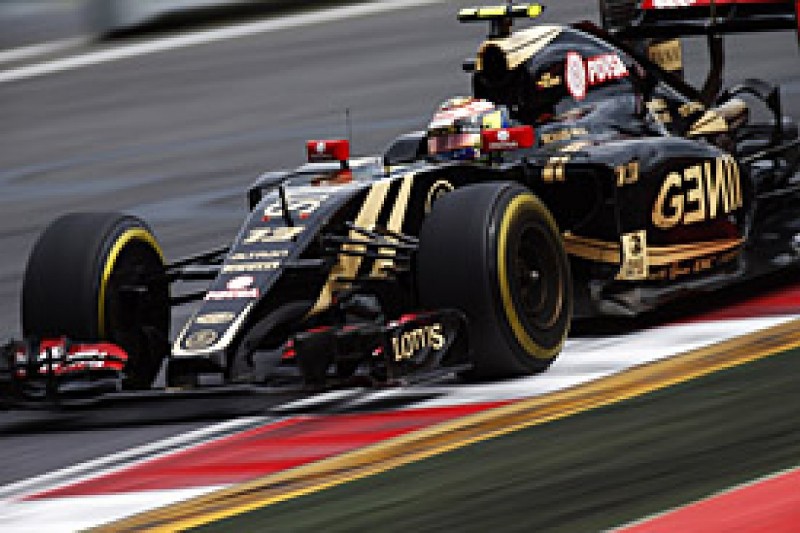 Williams will face a challenge from Lotus in Austria, reckons Pastor Maldonado.

After a strong weekend in Canada, where the Venezuelan scored his first points of the season, Maldonado finished fourth in second practice on Friday, with team-mate Romain Grosjean seventh.

"Williams has good pace, they didn't show everything today, but we are expecting to see them be strong tomorrow. I hope we can challenge them," said Maldonado.

"But we are not very far from Ferrari today.

"I think it is possible for us to be in the top five but it will be tough as the time deltas between the cars will be close."

Austrian GP: Nico Hulkenberg had to readjust to F1 after Le Mans