Aston Martin boss Mike Krack says the new campus being built at its Silverstone base will be a “game changer” for the Formula 1 team.

Aston Martin is currently still working from the original Jordan factory that was first used in 1991, with many employees located in a temporary stack of cabins alongside the main building and the windtunnel staff working at the Mercedes facility in Brackley.

The new facility that is being built alongside its existing base will see everyone in one building, with the entire design department in a large open plan office. It will be ready in May, with the nearby windtunnel opening in 2024.

“The fact that you can talk to people without having to arrange meetings, it facilitates the dialogue massively,” said Krack, when asked if he agreed that the new building would be a game changer.

“The remote locations that we have, so you either need to pick up the phone or organise something, sometimes this is a natural barrier of more exchange.

“And the other thing is also logistics, we should not forget to bring things from left to right or A to B, it will be massively different and massively easier.

“From that point of view, I fully agree with using the word game changer, for team dynamics and logistics.”

“I think it’ll change it significantly,” he said.

“We’ve got this small factory here and these modular buildings where we have some people who are not necessarily designing parts of the car at the moment, but they are very connected to our design process, and having them not in the same room makes it slightly more difficult to communicate with them. 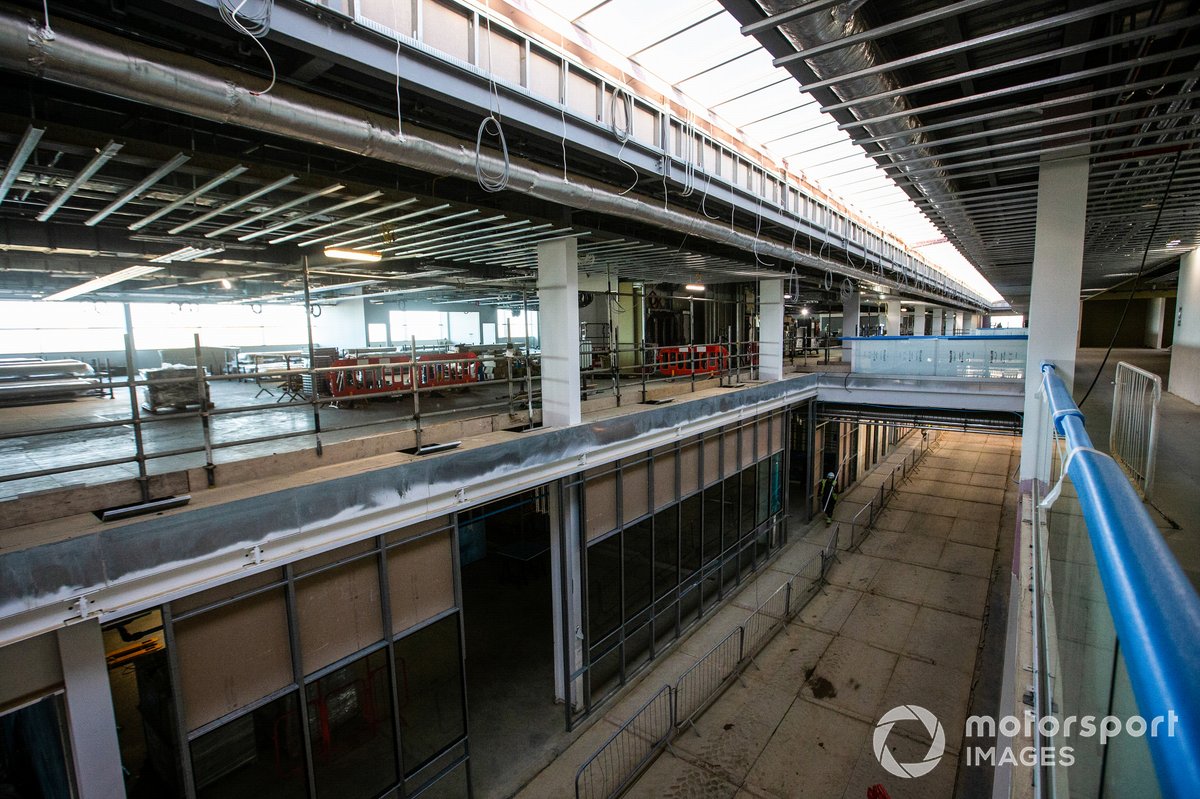 “I’ve been in a big, open plan office before with the ability to be able to walk around and talk to people very easily, and it makes a huge difference in terms of those interactions.

“Particularly those serendipitous interactions where you can have a chat with somebody about one thing and go on to lots of other things, and they often end up being the most creative conversations. That’s what we’re trying to build.”

Fallows also noted the new building will contribute to cost savings: “It will for sure. You have the ability to make everything yourself, but you can also decide to buy or make it, and you can make things faster.

“So if you can make them also cheaper, it means you can make more. You can have one or two more upgrades than before due to time and also financial reasons you could not do. From that point of view, I think it’s a good step.”

Once the original factory is demolished a new building that houses catering and gym facilities will be built on the site, in conjunction with the windtunnel construction.

“They are all positive steps for us,” said Fallows.

“Building this team is a journey, and each of these things are milestones in that journey, they all contribute to our ability to operate at the level we want to operate at.

“The last phases of it, which is building three which is going to be the employee experience, the wellness side of things, the gym and things, I think are almost as important as the initial stages.

“But I think demonstrating what we are going for, that we are looking at these things is almost part of the solution itself.

“That’s what engages people, knowing that we are thinking about them, we want them to operate at a good level, but we also want them to feel like they’re supported and part of a team they want to be a part of.”