Chinese Grand Prix organisers have started talks with Formula 1 to see the race return to the 2023 calendar, with COVID restriction measures set to be eased.

F1 has been unable to race in China for the past three seasons due to the COVID-19 pandemic and subsequent travel restrictions put in place.

The Chinese GP did appear on the provisional 2023 F1 race calendar, only to be dropped due to ongoing COVID-19 restrictions, with no replacement event named and the season reduced to 23 rounds.

But at the end of last year, Chinese authorities announced it would end quarantine for travellers coming into the country from 8 January, as part of the country's shift from its zero-COVID policy.

Autosport's Chinese sister site has learned that Chinese GP organisers have already held internal discussions and made initial contact with F1, which will pick up after the New Year's Day holidays.

On the provisional 2023 F1 calendar, the Chinese GP was set to take place on 14-16 April with a two-week gap between Australia (31 March-2 April) and Azerbaijan (28-30 April). With no new event named in the updated F1 calendar that slot remains open.

F1's logistics and transport work for flyaway races begin at the end of January, when team equipment is shipped by sea freight, meaning there is sufficient time to restore the race in its original slot if an agreement can be reached. 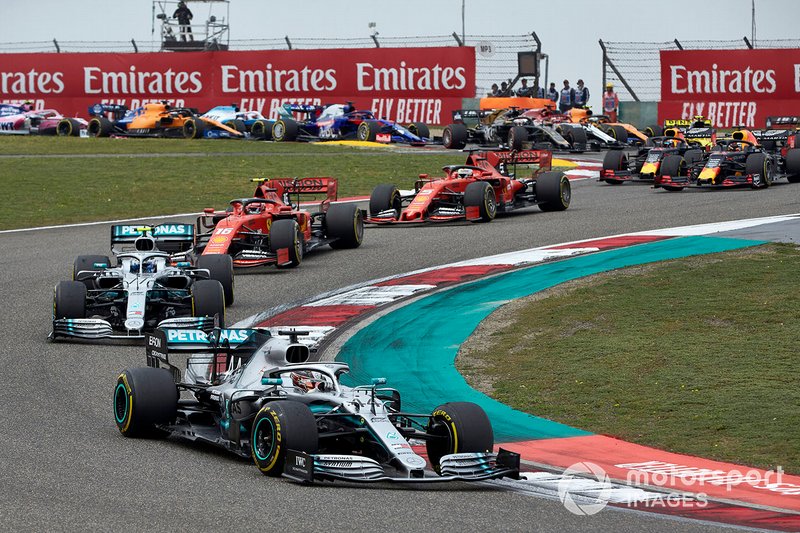 If the Chinese GP can return to the F1 calendar, it would mark Zhou Guanyu's first home race, having missed out during his rookie campaign last year.

Other significant sporting events in China are also set to return in 2023, with the ATP announcing the Shanghai Masters tennis tournament will come back in the Autumn and the Asian Games in Hangzhou is set to take place in September.

If the Chinese GP is restored to the 2023 F1 calendar, it will hold the fourth round of the season following the opener in Bahrain, the Saudi Arabian GP and the Australian GP.