For its first year as Aston Martin after the rebranding of Racing Point, four-time world champion Sebastian Vettel arrived for the final two seasons of his F1 career. For 2023, his seat will be taken by Fernando Alonso, another all-time great who ditched Alpine in favour of Aston Martin.

PLUS: Where Vettel stands in the list of the greatest F1 drivers

Engineering talent has arrived from throughout the grid, bolstering a team that, after years of punching above its weight on a shoestring budget, now has the might to mount a charge for the very front of the grid.

Back in March 2021, Stroll outlined a five-year plan for Aston Martin to be challenging for F1 titles, with a big part of the blueprint being a new, state-of-the-art factory out of which it will operate. Last September, ground was broken on the 37,000-square metre site around the existing factory at Silverstone, once home to the team's distant predecessor, Jordan, with the goal of having it up and running in 2023.

Last week, Autosport was among a select group of media to pay a visit to Aston Martin's new factory and see how plans were advancing for what promises to be a game changer for the team in its push to fight for world titles.

When ground was broken on the site at Silverstone, Stroll explained that he wanted the new Aston Martin factory to be "the reverse of what Ron Dennis did" with the McLaren Technology Centre in Woking: prioritising function, not aesthetics.

The factory is being built in three chunks, the first of which is set to be completed in May 2023. This will be the main building for the race team, where the car will be designed and out of which all of the major operations will be conducted. The second building to open will be home to the new windtunnel, which is set to open in Q3 of 2024, before a third building is then opened as an employee experience and events space on the site of the existing factory. The three buildings will be connected by bridges. 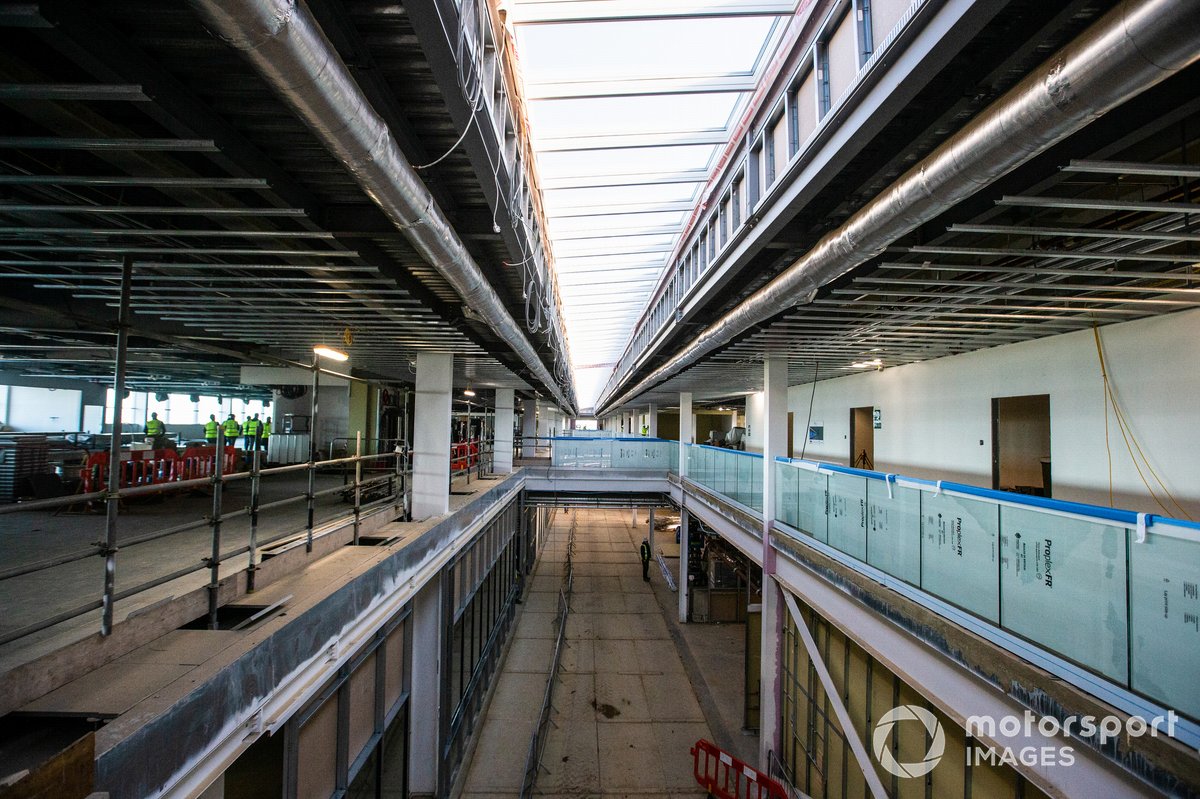 Although there is still plenty to be done before it can open, the main building is quickly taking shape. The race team will base its operations on the ground floor, and has been heavily involved in ensuring the design of the building meets their needs and there is the correct flow between all the departments. Small details such as cabinet or drawer placement can have a big impact on work processes, making it important for them to be considered and implemented accordingly. It's function over fashion.

Upstairs in the factory will be an open-plan technical office, something technical director Dan Fallows, formerly of Red Bull, is confident can be conducive to encouraging creativity when it comes to car design.

"I've been in a big, open-plan office before with the ability to be able to walk around and talk to people very easily," he says. "It makes a huge difference in terms of those interactions, particularly those serendipitous interactions where you can have a chat with somebody where you have a chat about one thing and go on to lots of other things. They often end up being the most creative conversations. That's what we're trying to build, really."

Running through the heart of the main factory is a central 160 metre-long 'street' that will keep the whole building connected, avoiding the labyrinthine layouts seen in other F1 factories. Elements such as the placement of the windows, facing north to be kinder on computer screens and stop solar gain, have also been considered with the workforce in mind.

The upper level has windows running right around that will offer views of Northamptonshire countryside and, from the balcony outside Stroll's office where so many of the decisions for this team will be taken in the future, a view of the Silverstone race track.

Will it be the best factory in F1? It is a question that is "easy to answer", according to team principal Mike Krack: "Yes."

But as impressive as the factory is shaping up to be, the real measure of its success will come in what it produces via the future Aston Martin F1 cars.

The AMR23 is set to be the last car to be designed and produced out of the existing factory, with the shift next spring meaning the 2024 model will come out of the new facility. Come 2025, the car will have benefitted from using the most up-to-date wind tunnel in F1. McLaren is also in the process of building a new wind tunnel, meaning only two teams will have a facility built within the last decade. 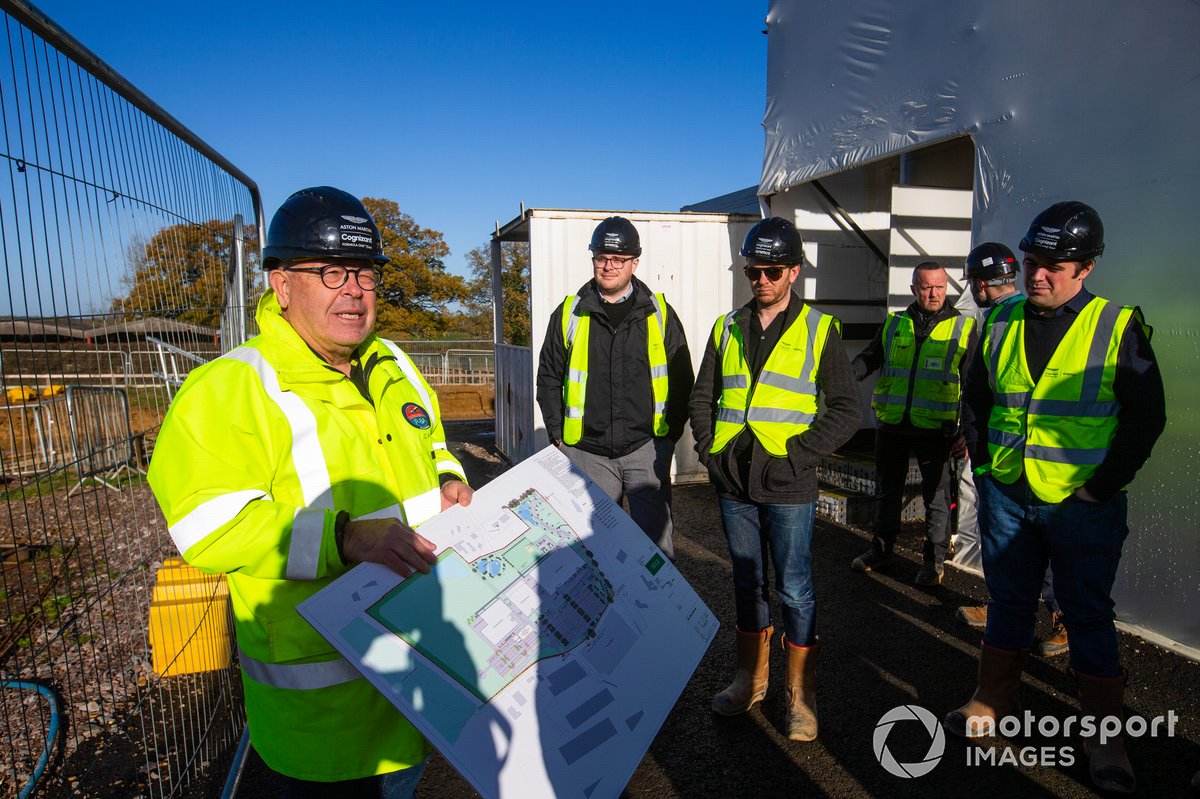 "There's no doubt that it will be a world-class facility, and having access to that 24/7 if required is obviously very important," says Fallows. "As we improve and our windtunnel runs' availability that we have from the Aerodynamic Testing Restrictions goes down, clearly we wouldn't be spending as much time in the tunnel.

"But having your own facility means you can do other experiments as well which is invaluable, and something we don't necessarily have the luxury of doing at the moment sharing the tunnel with another team."

Getting everything under one roof is an important step for Aston Martin. Although it isn't looking to ditch its approach of working with Mercedes for its power unit and some listed parts in the immediate future, believing neither to be big drawbacks, the things under its control will now be given great attention.

"We have the ability when everything is on-site, to be able to be much more detailed in terms of the analytics and detailing the production process, analysing that in a way that allows us to improve it much more so than if you're using external people," Fallows explains. "That's probably the key difference."

It should give Aston Martin what it needs to take the next step forward. Its recovery from a difficult start to the year has given confidence it is on the right path for next year, although Fallows said to expect some "significant differences" on the AMR23. The motivation offered to staff by the new site at Silverstone is also something the team is tapping into, holding regular tours to show its workers how plans are progressing.

"We have a lot of momentum," says Krack. "You feel that spirit when you come in here. I think honestly, we have reason to believe we can continue on that path."

Coughing up in the region of £200m on a new factory is proof of Lawrence Stroll's commitment to making the Aston Martin F1 project work - meaning it must have the long-term in mind.

It will be the first team facility constructed with F1's new budget cap in mind, meaning efficiencies created by getting everything under one roof are all the more valuable. If developments can come along cheaper and quicker, it will leave more time and money to produce more parts or chase further upgrades, all of which will push the team forward on track. 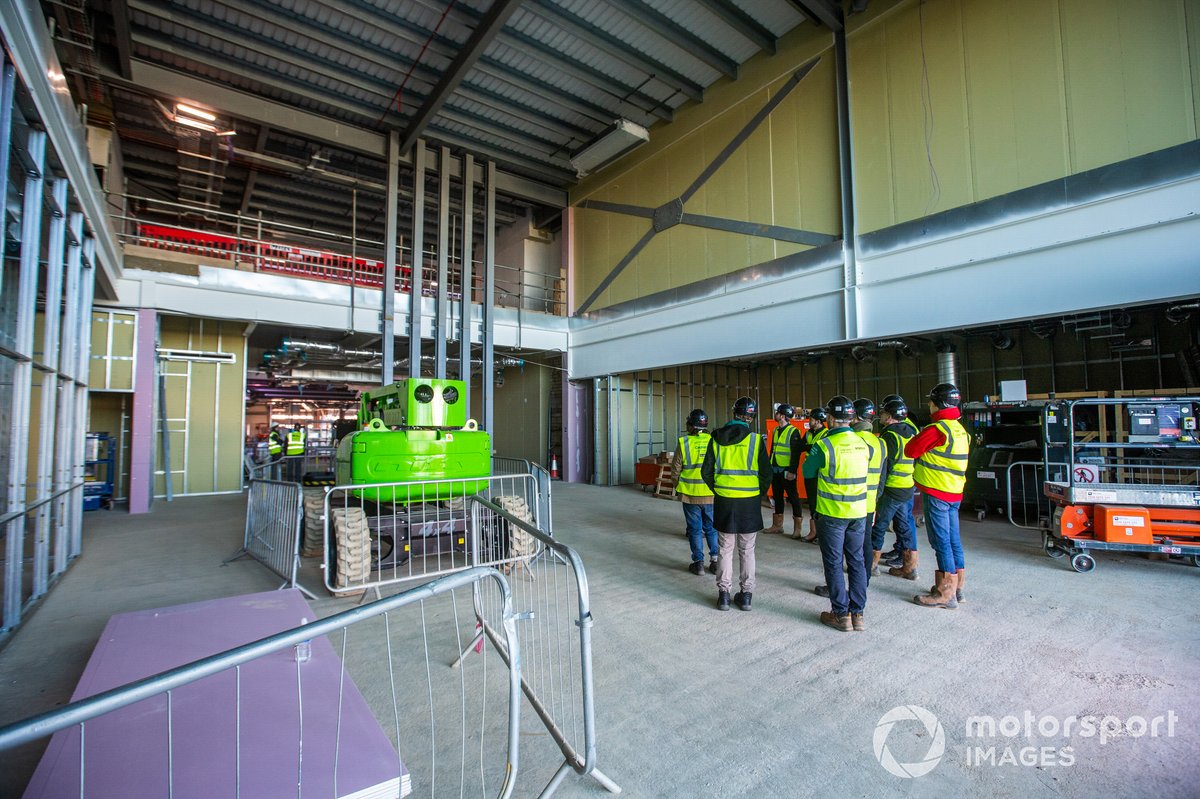 "You have the ability to make everything yourself, but you can also decide to buy or make it, and you can make things faster," says Krack. "So if you can make them also cheaper, it means you can make more. You can have one or two more upgrades than before due to time and also financial reasons you could not do it. From that point of view, I think it's a good step."

But Krack feels the most significant gains will come on the human side of things by having everything under one roof.

"It will be massively different and massively easier," he says. "From that point of view, I fully agree with using the word game changer, for team dynamics and logistics."

Stroll has made clear throughout the planning and construction of the factory that he wants everything to "feel like Aston Martin": it must hold a certain gravitas, a commitment to quality and chasing success. As the site nears completion and the team prepares to move in midway through next season, the momentum it is picking up may only snowball.

As Aston Martin gears up to take the next step and join F1's elite, its new factory will be a major moment - and may well act as a statement of intent to its rivals.

Will Aston Martin's new factory be a launchpad for the success that Stroll craves?