Fernando Alonso feels Lewis Hamilton has "weak points" in Formula 1 "that have not been stressed yet", as the double world champion eyes a grand prix racing return in 2021

In an exclusive interview with F1 Racing magazine, Alonso - Hamilton's team-mate at McLaren in 2007 - was asked to assess his former rival's recent achievements.

Alonso, now a double Le Mans 24 Hours winner and World Endurance champion, has been out of F1 since the end of the 2018 season, and last won an F1 world title in 2006.

Hamilton has won six championships since then - including five in the last six years - which Alonso said shows the Mercedes driver has "raised [his] level in the last couple of years".

"Especially in 2019 when the car has not been as dominant as other seasons," added Alonso, who has expressed interest in returning to F1 in 2021 if new rules intended to improve the racing and spread success across the grid succeed.

"If he cannot win, he's a very close second - not 20 seconds further back, which is what happens a little bit with Valtteri [Bottas, Hamilton's current team-mate].

"A weekend when the car is not as competitive, Bottas is fifth or sixth or a minute behind - but Lewis is not.

"He's made a step forward, he is more competitive, more prepared.

"He still has some weak points that have not been stressed yet - no one is pressing that button, that weakness."

When asked to elaborate on Hamilton's suspected weakness, Alonso said: "If you study Lewis's season there is always a common trend.

"He starts the year slowly and no one takes the benefit of that. We all get excited that it will be the year of Bottas, but it's not. 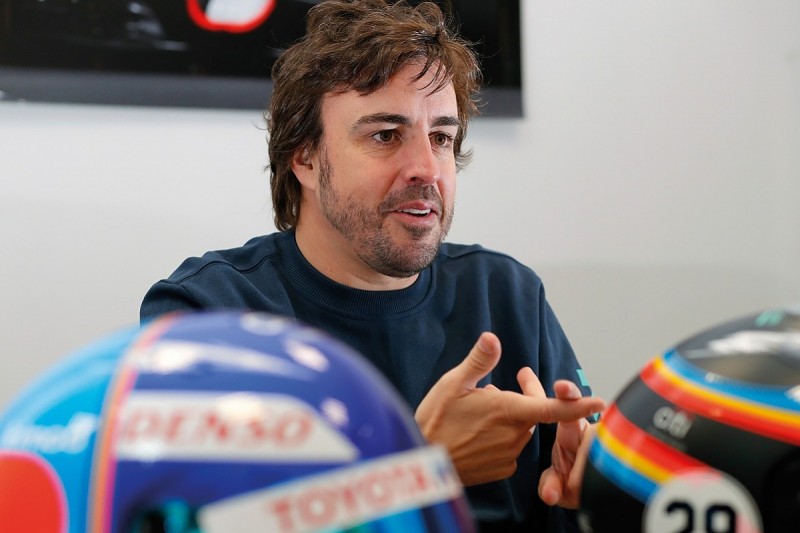 Alonso, who's formal relationship with McLaren has not been renewed for 2020, explained that taking advantage of a possible early season weakness would expose Hamilton to pressure he thinks he has not been under in recent years.

"When you have a good package and the other guys crash and you extend your championship lead, everything seems calm," said Alonso.

"If you are only one point ahead or 10 points behind, the stress is different.