Alex Albon says he understands why Daniel Ricciardo opted for a year out of Formula 1 rather than pursuing a drive with a team near the back of the grid.

After being dropped by McLaren for 2023, Ricciardo made it clear that he did not have a serious interest in potential opportunities with teams like Haas and Williams.

He preferred instead to take a year out in a third driver role with Red Bull, allowing him to take a step back and find new motivation ahead of a hoped-for return to a race seat in 2024.

Having spent a year on the sidelines in 2021 before joining Williams last season, Albon understands why Riccardo felt that time away from racing would be beneficial.

"I was in a slightly different position," he explained, when asked if he could relate to Ricciardo's situation by Autosport. "I felt like I was hungry maybe a week after I left, or got taken out.

"But I can see what he means. When you have bad years in F1, and I can talk about my experience in 2020, it drains you massively, the noise in the paddock and of course, more than anything, your own performances - we're born to be competitive and hungry for it.

"That's what we live on. It's all about performance. It's all about doing a good job. So yeah, it's very heavy, and I think it took me a couple of weeks to kind of get through the emotional impact of missing out on a seat.

"But because I was young, I think I kind of felt like it was never over. And I knew I could have a chance back. And I think it's possibly what also Mick [Schumacher] is feeling right now, is that sense of, 'OK, I feel like I've got much more to prove, and I'll be back,' basically." 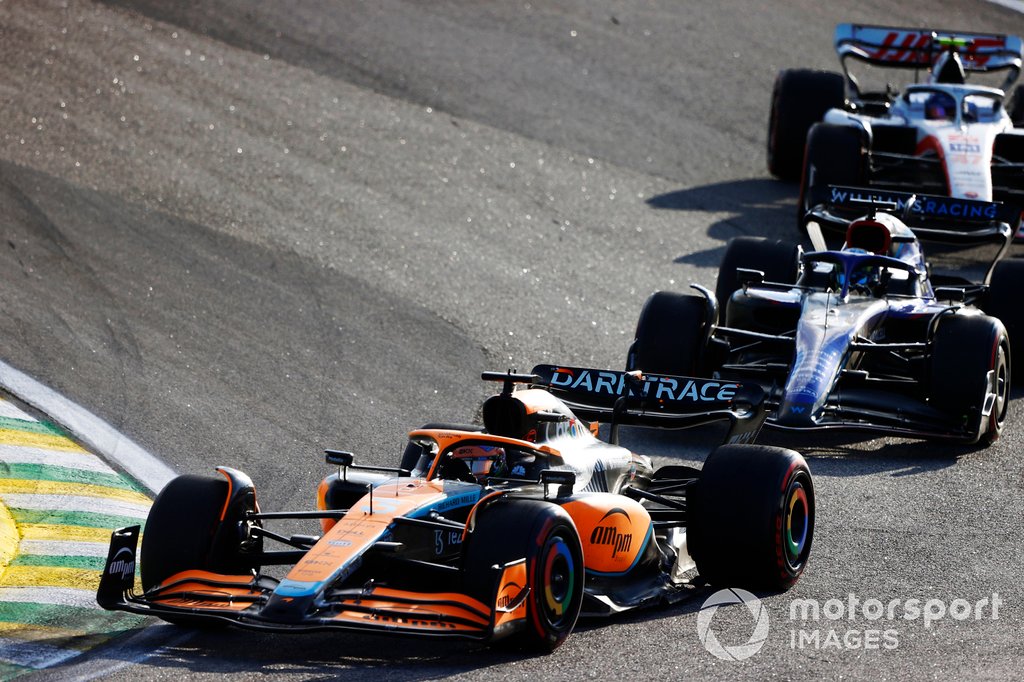 Albon said that on his return it took him time to get used to the environment at Williams and understand how to work effectively with his new colleagues.

"You need to make sure that you're getting the most out of everyone and everyone's going in the right direction in terms of where the car needs to go, where performance needs to go," he said.

"And still kind of finding the sweet spot about it, because yes, you want to be pushy in certain aspects. I definitely think people just behave differently. Culturally, mentally, there's ways to extract performance out of individuals.

"You can't do that until you know people personally on a personal level. And that takes time, that takes a bit of getting to know and sitting down, that's dinners, just conversations with the factory.

"So it feels like going into next year, there's obviously a sense of getting to know them much more. I'm still ending my first year with the team so I am relatively new here.

"And that's really the focus, it's getting into the nitty gritty and making sure that we're focused on doing a good job for next year, and really lifting the whole team and pushing everyone forward."