Heavy rain at Monza disrupted the F1 timetable all day, with final practice limited to 16 minutes of running at the end of its scheduled hour, and qualifying red flagged early in Q1 when Haas driver Romain Grosjean aquaplaned off the road on the start/finish straight and crashed.

The session did not restart for another two hours and 35 minutes, leading to the first Formula 2 race being delayed and Saturday's GP3 race being cancelled.

Grosjean was furious with the conditions drivers faced during the first attempt at qualifying, saying race officials "don't listen to us".

Asked what Haas would do next time there are similar conditions, Steiner told Autosport: "I cannot do anything, the race director has to do something, not me.

"We are going to speak about it. I know his job is massively difficult, to find a happy compromise and not to make happen what has today is by no means easy.

"But we need to get better. Romain was not in a corner [when he crashed], this is not to do with driving talent or anything.

"There was a lot of drivers who mentioned that it was too wet, [and that] you cannot see.

"They shouldn't have started it in my opinion." 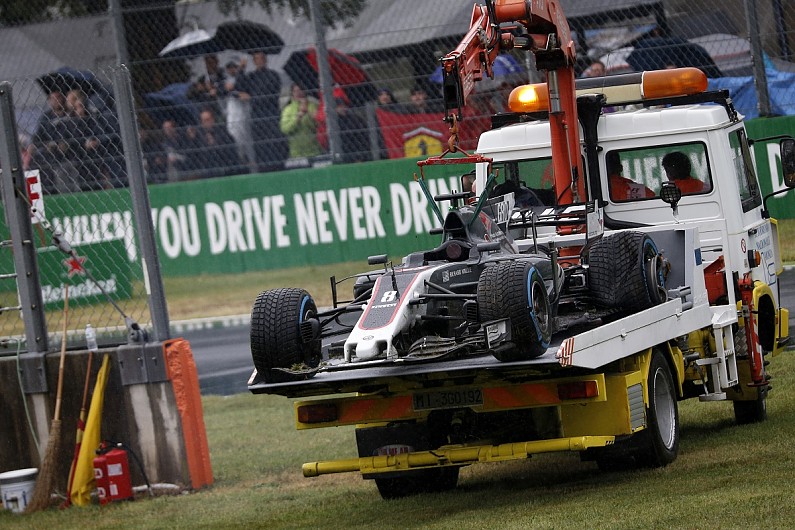 Steiner said Haas was not trying to make excuses for a disappointing qualifying performance, where Kevin Magnussen joined Grosjean in being eliminated in Q1.

"Romain went off on his own - I don't blame anybody for that," he said.

"But if it wouldn't have been him, somebody behind him would have gone off.

"I don't want to find that as an excuse for where we are where we are because we are grown ups and we need to live with that.

"But it isn't ideal because something can happen.

"[The result] is our own doing, we were just not good enough.

"We were just not on the case enough, we aren't as good as the others, they managed this situation better."