Stoffel Vandoorne says he was hampered in final qualifying at Formula 1's Italian Grand Prix, as his McLaren suffered a loss of power from its Honda engine

The Belgian rookie made Q3 for the fourth time this year, putting himself into the top 10 shoot-out with a last-second improvement in the second segment on a wet track.

But Vandoorne could do no better than 3.6s off the pace in Q3 to qualifying 10th, although he is set to start eighth due to penalties for the Red Bull cars ahead.

"To be in Q3 in Monza has been a pretty good afternoon, the conditions were definitely not easy," Vandoorne said.

"A little bit of a shame, we didn't really have a proper shot in Q3 because we had a loss of engine power, which hurt our performance.

"We didn't really have a chance to get a good lap, because that's really the session where you try to find the proper limit, you take some extra risks and fully know the conditions.

"At the moment we don't know what the issue is but tomorrow we're still in a reasonable position."

Team-mate Fernando Alonso was resigned to starting at the back of the grid heading into qualifying, courtesy of a 35-place grid penalty. 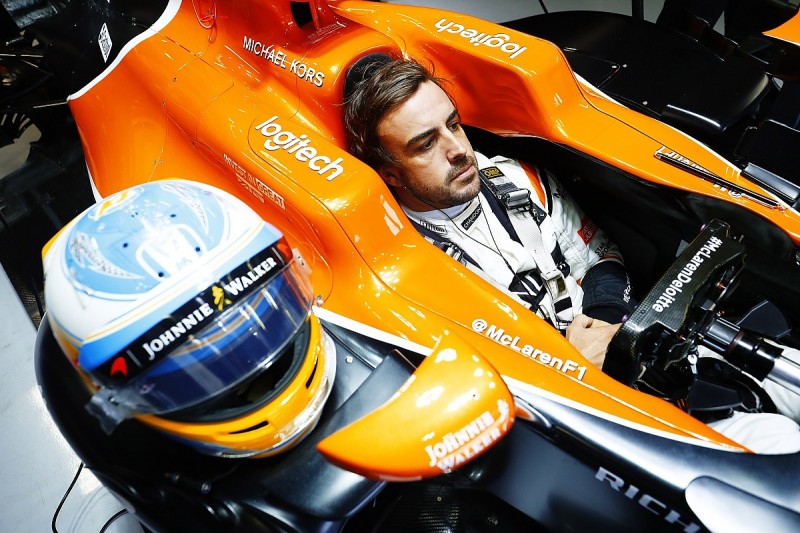 He progressed from Q1 but only did four laps in Q2 and didn't make the final segment, finishing seven tenths off Vandoorne.

"We didn't want to pass my team-mate because he was 10th [at the time] and if I had been in Q3, I would have kicked him out," Alonso said.

"Since I'm starting last at least we wanted a car in Q3, so we went out with the engine in practice mode, with used tyres from Q1.
"Seeing the times I think it would have been possible to be in the top five with the rain.

"Let's hope we have more rain when we have no penalties - or on Sunday instead of Saturday."

Despite the power-demanding nature of the Monza circuit, Vandoorne believes he will have a prime opportunity to add to his sole point in 2017 on Sunday even if the track stays dry.

"We've been pretty strong in the dry all weekend so I'm really optimistic, hopefully we can have a good start and then kind of hang on there with the cars in front," he said.

"The cars in front, they're pretty quick, they're fast cars in qualifying trim, but maybe in the race we can have a good go."