After Niki Lauda's sad passing on Monday, the three-time Formula 1 world champion was remembered by many for his significant contributions to and success within motorsport.

Lauda raced for multiple teams across his 12 full seasons in F1, with mixed success. Starting at teams at the back of the field, the venerable driver worked his way up the order, leading to two championship victories with Ferrari and a third with McLaren.

With the help of Giorgio Piola's illustrations, we remember both Lauda and his cars, and delve into what made them unique. 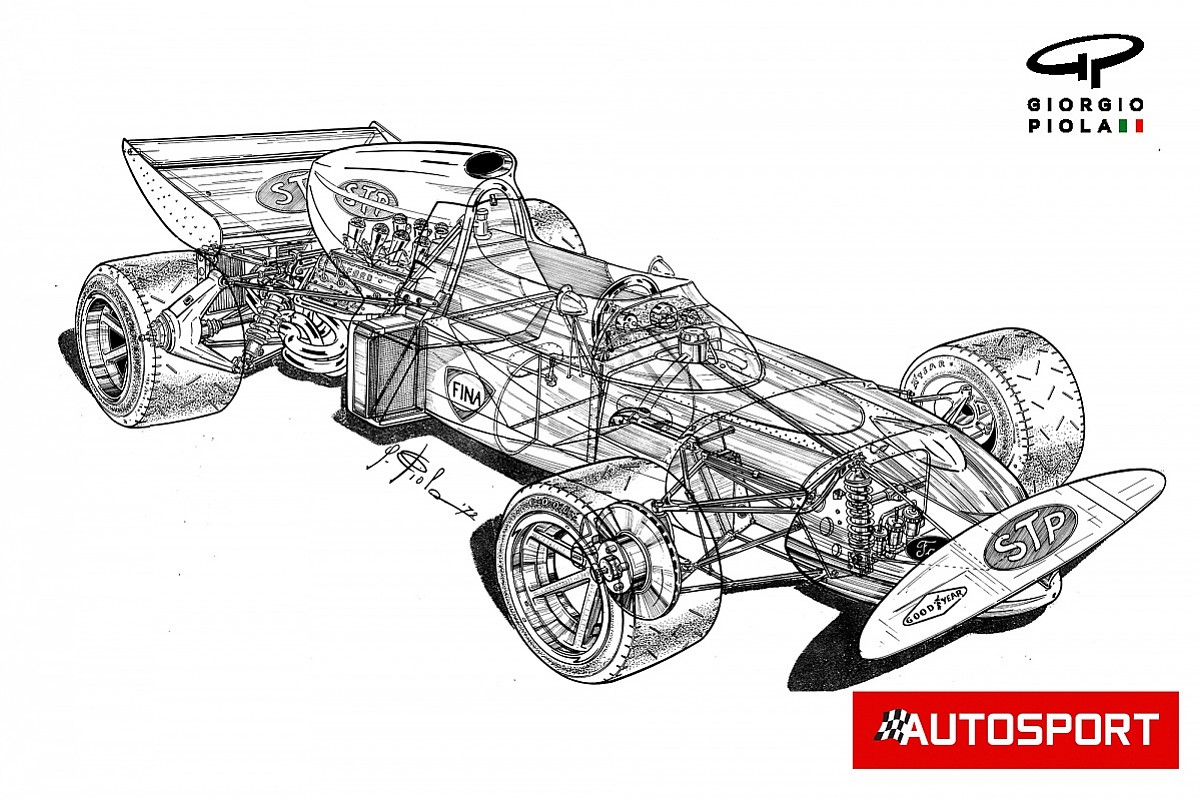 A development of the first car Niki Lauda drove in Formula 1, the March 721 retained the lozenge-shaped front end and the madcap 'tea-tray' wing, but didn't live up to the success of the preceding 711 chassis.

After two races in 1972, the 'X' specification of car was rolled out with a transverse gearbox, but the package proved to be unsuccessful. So, instead, the 721G was ushered out of the factory after round five.

Lauda scored no points for March, and moved to BRM at the end of 1972. 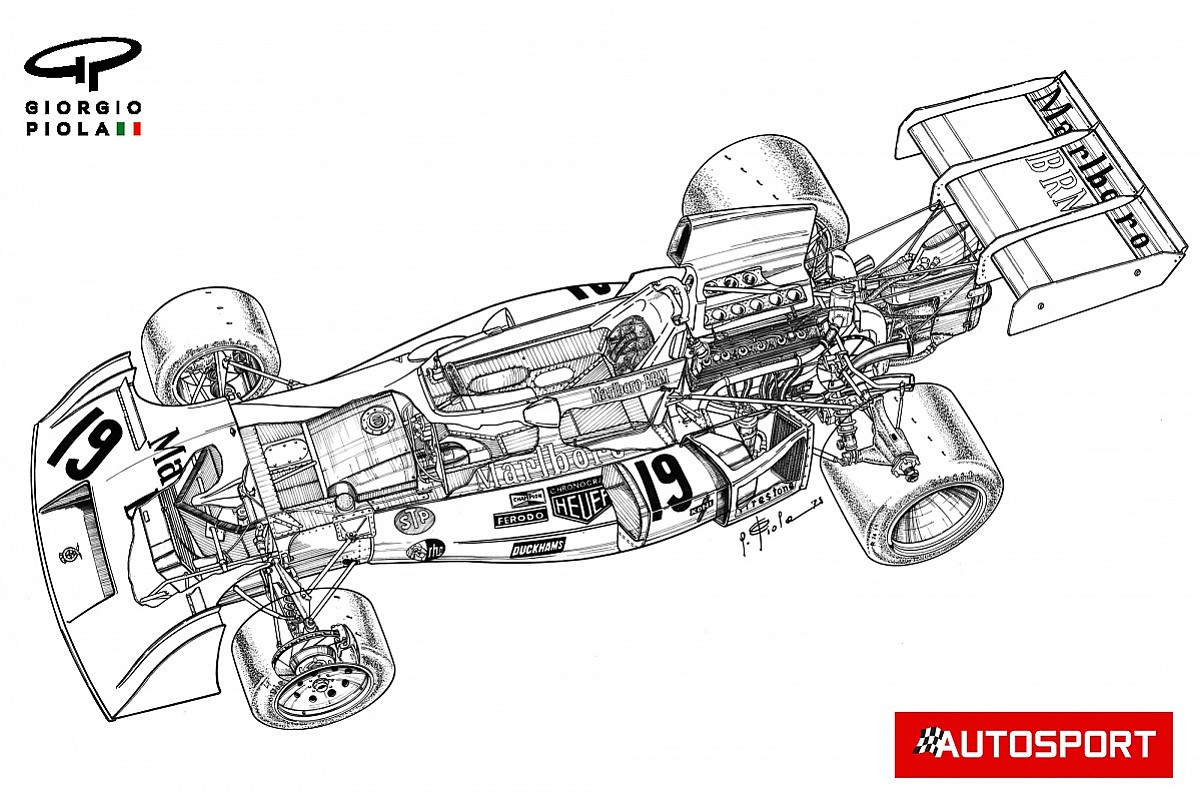 A third-year development of the P160, the BRM chassis was somewhat long in the tooth by the time Lauda joined to partner Clay Regazzoni at the team.

Powered by BRM's in-house V12 engine, the car was unreliable, and Lauda only completed five of the 15 races in 1973. He scored just two points, which he recorded at the Belgian Grand Prix at Zolder.

But Lauda nevertheless proved himself as a driver to watch and, when Regazzoni returned to Ferrari for 1974, he gave the Austrian such a glowing review that he was signed as well. 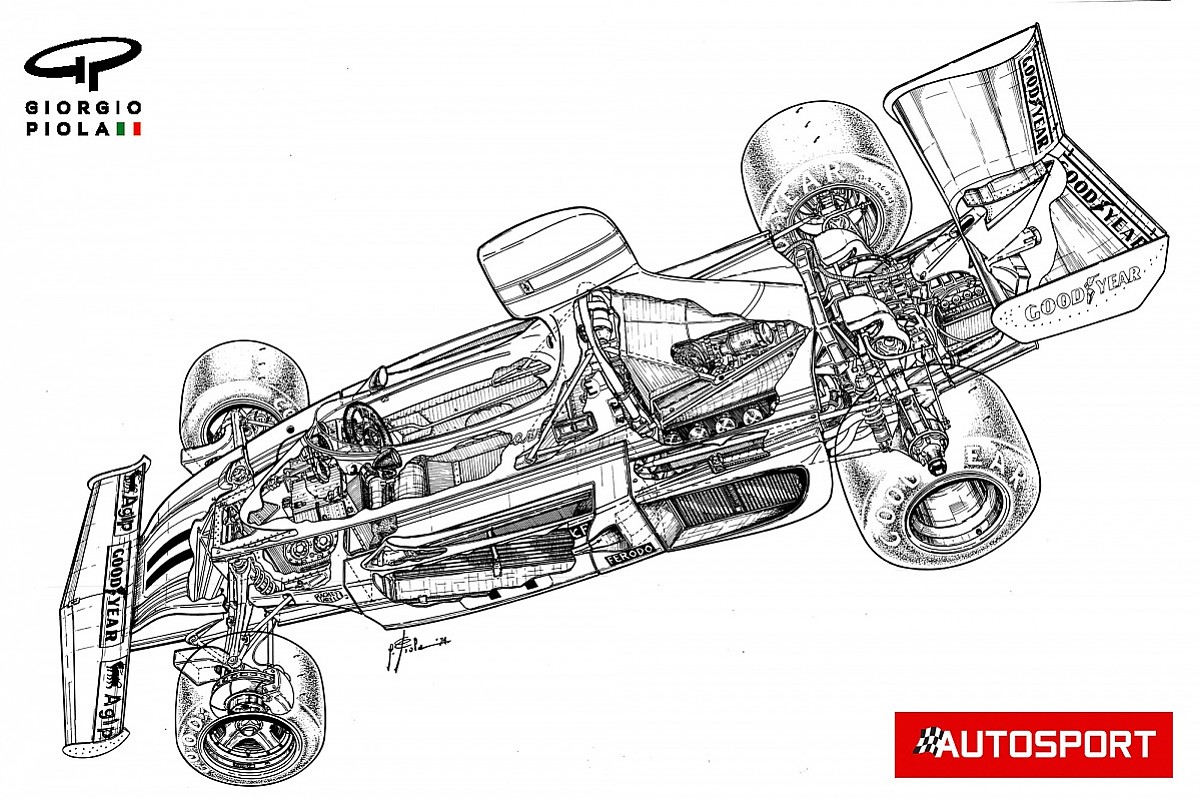 The car that brought Lauda his first F1 victory was the 312B3. It was an evolution of the already-successful 312B family of Ferrari F1 cars, but the chassis design was more contemporary than its forebears, falling in line more with the Lotus 72 and McLaren M23 of the era.

After celebrated designer Mauro Forghieri was moved upstairs by parent company Fiat, Ferrari hit a lean patch until it reinstalled Forghieri as technical director. He immediately set about shortening the car's wheelbase to produce a nimbler machine.

Lauda took his first win at the 1974 Spanish Grand Prix, then scored his second four races later at Zandvoort to finish fourth overall in the standings. 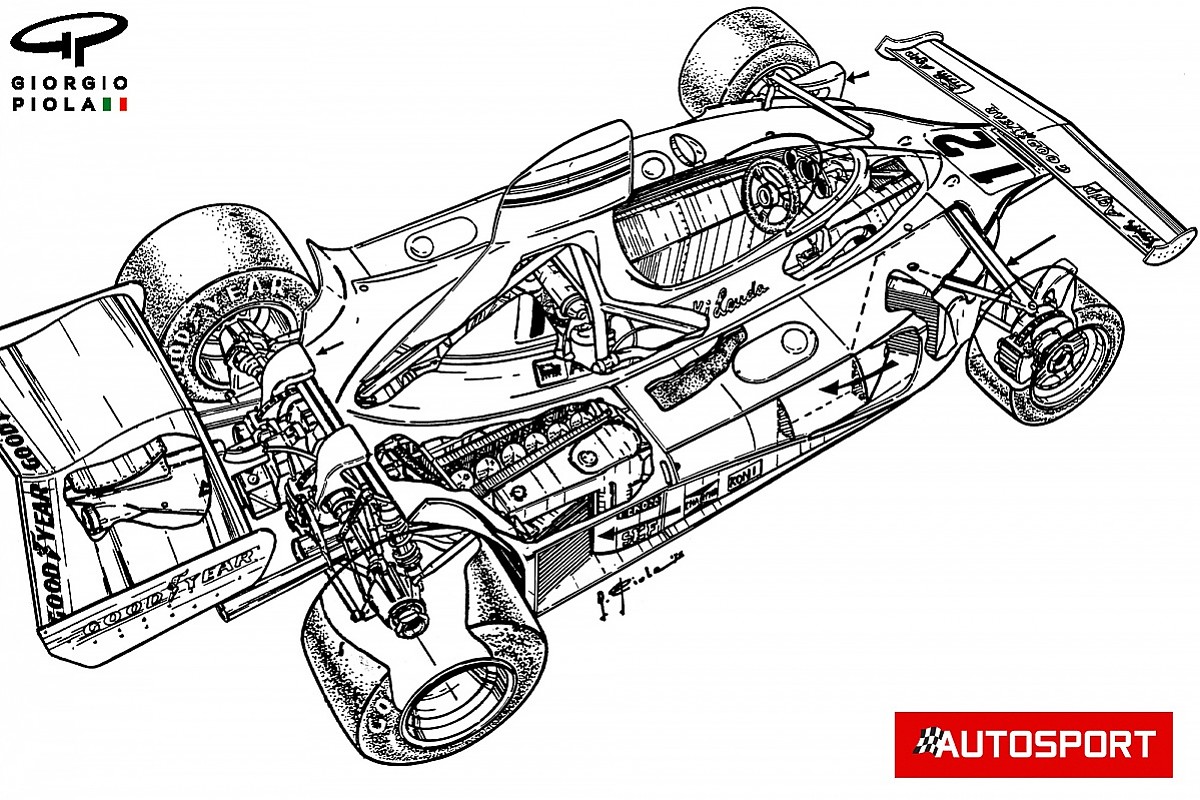 After being outscored by Regazzoni in 1974, Lauda reversed that result when the 312T was pressed into service for the following year.

With the car's roots in the 312B3, the gearbox became transverse - hence the 'T' in the chassis designation - while the suspension and the chassis were reworked to improve the handling characteristics. This had been an area in which the B3 was problematic.

The 312T began modestly, but as 1975 progressed Lauda began to march towards the title - winning five races en route to his first crown.

The 1976 season began with far more promise, and the 312T2 was introduced after the high, slender airboxes were banned from F1. Lauda looked irrepressible until his accident at the Nurburging took the rails off his year. Despite his miraculous recovery, Lauda couldn't beat Hunt to the '76 title, but did win out in '77, again with the 312T2. 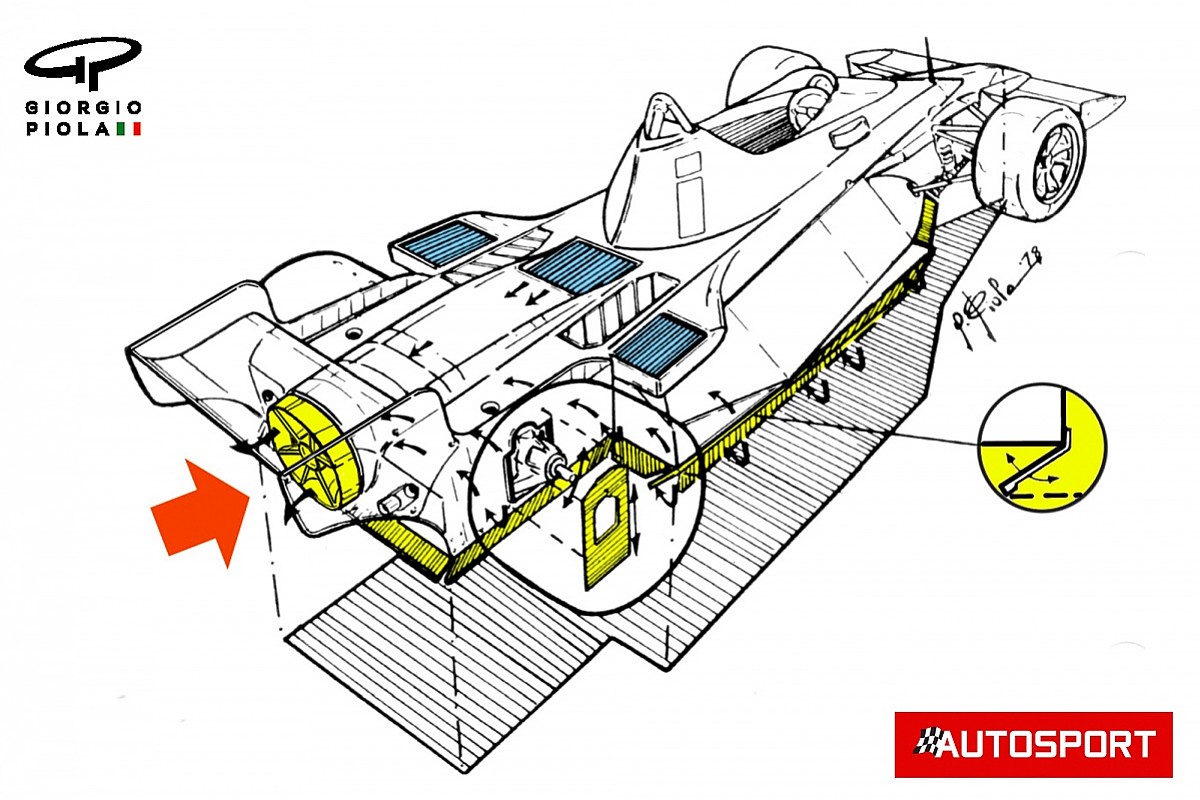 After Lauda moved to Brabham for 1978, he was initially paired up with the BT45C for two races - scoring podiums in both - until the BT46 became available.

But the car was initially unreliable, and Lauda managed just one finish - a second place in Monaco - in the BT46's first five races. The famous 'fan car', the BT46B, joined the fray at Anderstorp, and Lauda won by more than 34 seconds thanks to the obscene levels of downforce the car could produce before it was swiftly removed from competition.

Lauda won again in Italy back in the BT46-spec, but retirements were still all too common - with the Alfa Romeo V12 becoming a particular source of consternation - and stifled any championship challenge.

The following BT48 was even more unreliable, and Lauda (temporarily) called quits on his F1 career with two races remaining in the 1979 season. 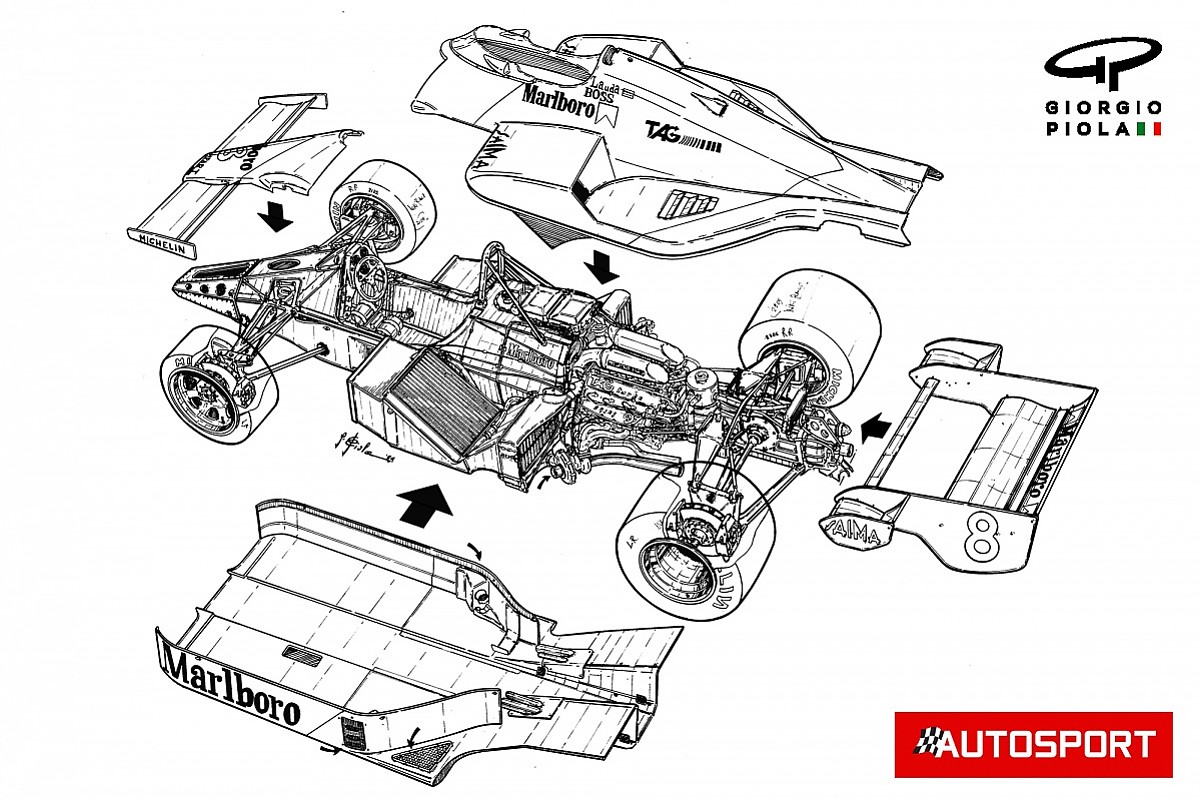 When Lauda was tempted back into the F1 fold in 1982 by Ron Dennis, McLaren had undergone a colossal change of fortunes. John Barnard's carbon fibre MP4 chassis changed the game, and Lauda returned to winning ways after just three races.

But the Cosworth DFV was starting to show its age as the turbo era progressed, prompting McLaren to get Porsche to build a bespoke turbo engine - financed by TAG - for 1984.

The MP4/2 he used to beat Alain Prost by half a point that year was the class of the field. It had sidepods that swooped around the rear tyres, and the car was able to generate plenty of rear-end grip thanks to the improved suction in that area of the car.

The TAG engine was one of the most reliable on the grid too, which created a perfect combination with McLaren's engineering prowess.

In the MP4/2B, rolled out for 1985, Prost beat Lauda by a healthy margin, winning the title and outscoring his team-mate by 73 points to 14. Sensibly, Lauda called it a day for good at the end of the year - bringing a permanent end to his illustrious F1 career. 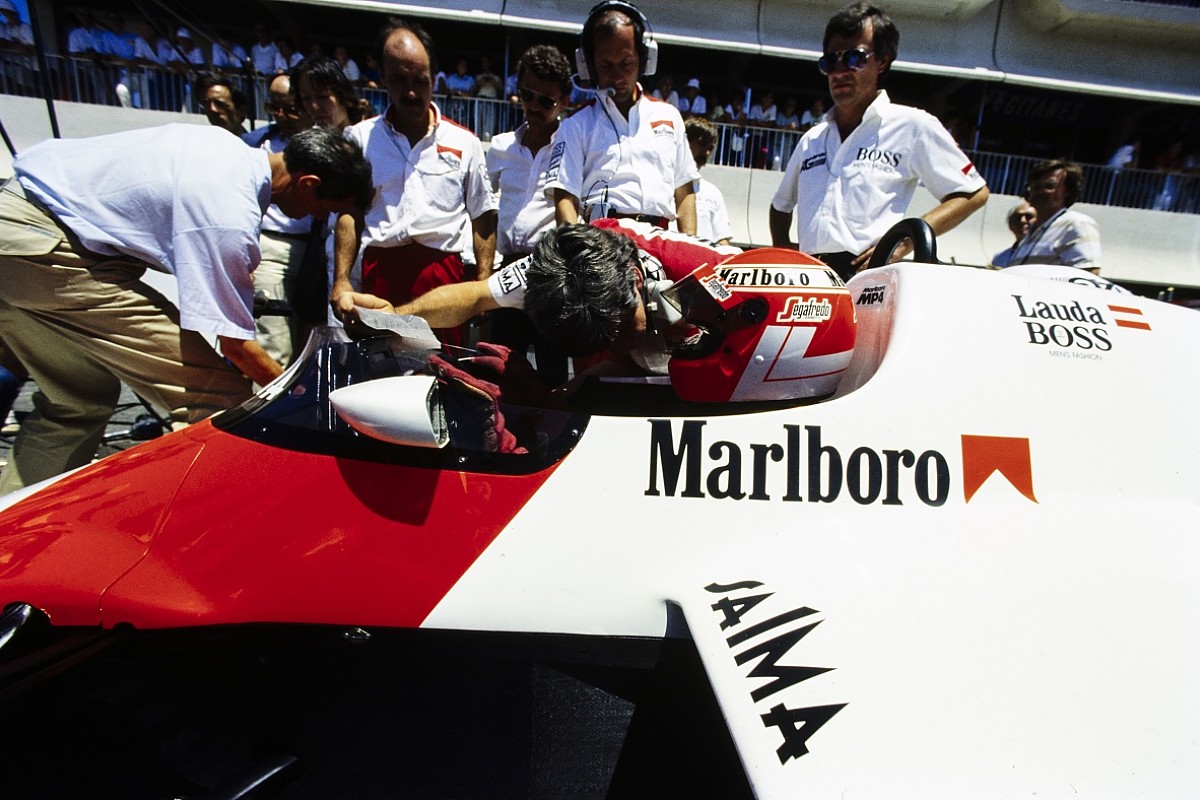