The Catalan had got in his quick lap on his second set of tyres when the session was red-flagged just over three minutes from the finish.

Robin Frijns had run wide at Turn 1 in his Audi, and was seeking a gap to rejoin in traffic, when officials threw the reds, the reason officially being for 'debris on the track'.

The most significant improvement in the final sprint to the finish was from Marco Wittmann, who inserted his BMW into seventh.

Championship leader Gary Paffett led the times after the first runs, and that initial effort remained good enough for second, allowing the Briton to complete an all-Mercedes front row - although he is under investigation for an alleged blocking offence. 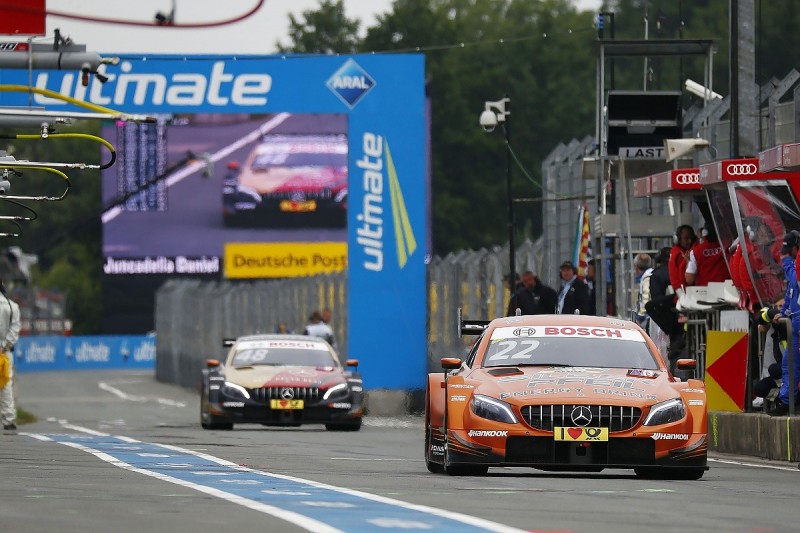 Mercedes drivers wiped out the top five positions on what is proving to be a superb weekend for the marque - Lucas Auer jumped up to third and Paul di Resta improved in fourth on their second runs, while Saturday winner Edoardo Mortara dropped from a mid-session second to fifth, brushing the wall on the exit of the Dutzendteich hairpin late on.

Despite Wittmann's improvement, he could not dislodge Bruno Spengler from the honour of being the top BMW qualifier, so the Canadian will line up sixth.

Just as Mercedes cars filled positions one to five (the other car of Pascal Wehrlein was 18th and last), it was BMWs from six to 10, with Joel Eriksson, Timo Glock and Philipp Eng completing the top 10 positions.

Audi's poor weekend continued, even though Mike Rockenfeller topped early-morning free practice with an effort that would have put him fourth on the grid.

Once again, Nico Muller was the local manufacturer's top representative - the Swiss will start from 11th.