The Northern Irishman has led into the final round in every one of his four title-winning seasons, but his points advantage has never been as slender as it is on the eve of the 2020 decider at Brands Hatch.

Turkington, driving a West Surrey Racing-run BMW 330i M Sport, is just nine points ahead of Ash Sutton, who is bidding for a second title at the wheel of his Laser Tools Racing Infiniti Q50.

Turkington's smallest pre-finale points advantage before this year was 13 in 2009, the first time he claimed the title.

Autosport spoke to all five contenders ahead of the finale, and Turkington said he will heed the words of Anthony Reid, who took the then-BTCC newcomer under his wing when they both raced WSR-run MGs in 2002-04.

"These are things I consider a lot - what's the best way to approach it?" said Turkington.

"And in the end I always remember when I was team-mates with Anthony Reid back in the MG days, and he said, 'Attack is the best form of defence.'

"So I think you have to have that mentality of going forward, no matter where you are - just keep trying to push. 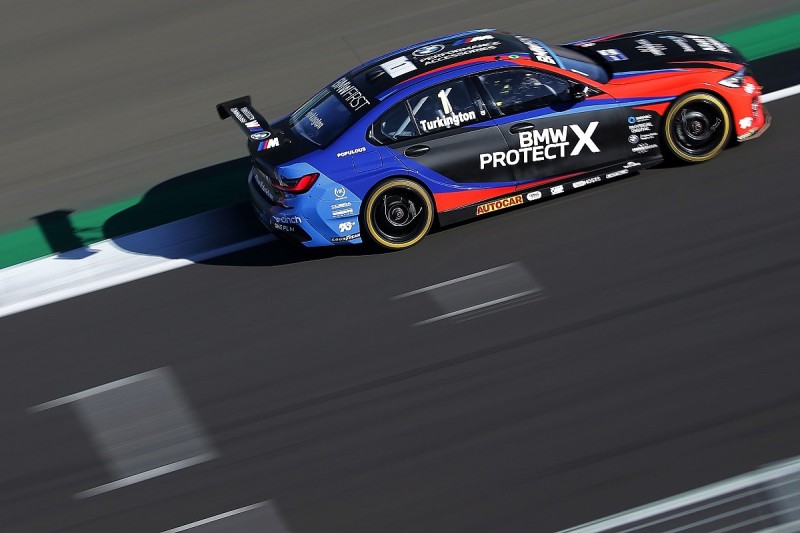 "I'm leading the points but it's not a buffer I can rely on.

"I'm going there to try and repeat my Snetterton performance [where Turkington won twice and finished third in the reversed-grid race], to maximise my weekend and score as many points as I can.

"I'm not going to defend anything - for me that's the best mentality to be in."

Turkington added that it's not just the four other title contenders he needs to keep an eye out for.

"Obviously there are four other championship contenders, but all the other drivers are shooting for a goal as well, whether that's a top-10, beating their team-mates or whatever - you've got to respect everybody," he said.

Sutton said that he will be on full-attack mode at Brands, which concludes his first season with the Infiniti and the car's first full campaign in the BTCC.

"It's full attack, if I'm honest," he said. "Obviously I'm gunning for my second title, and I've got some great competition, so it's not going to be easy, that's for sure.

"But I'm literally full guns blazing, we've got nothing to lose, and there's only one winner at the end of the day."