Rob Collard will continue with West Surrey Racing in the British Touring Car Championship in 2015, confirming champion Colin Turkington's departure from the team

Collard, sixth in the drivers' standings last year with one victory, will contest his sixth successive season with Dick Bennetts' team, with which he has claimed six wins and 35 other podiums across two spells.

"I actually thought I was going to be out of the team," Collard told AUTOSPORT. "I've had to be patient, but it's the best team and the best package so we've all had to fight for the seat.

"I'm very pleased to be continuing. We put a lot of effort and work into the 1 Series over the past two seasons and wins and finishing in the top three in the championship is the priority."

Bennetts said he was disappointed that the team was unable to continue with Turkington, who AUTOSPORT understands is working to remain in the series, but explained that title sponsor eBay's departure was an insurmountable hurdle. 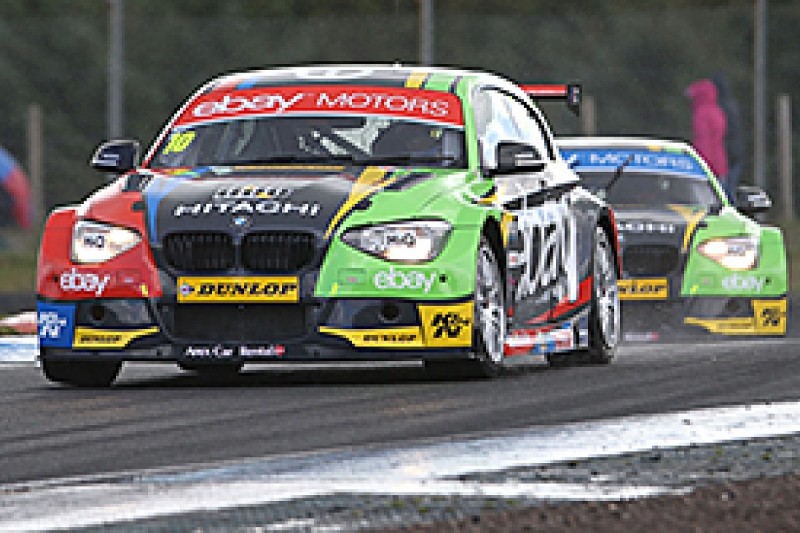 "Rob has been a mainstay of WSR for a number of years and we're extremely pleased to have him signed up for another season," he said.

"We obviously wanted Colin to stay with the team and he was equally passionate about extending his time with WSR.

"Both parties tried everything to make it work but ultimately it became economically impossible following the announcement from eBay.

"We have parted on very good terms and we're extremely grateful to Colin for everything he has achieved with WSR.

"We're always open to the possibility of working together again in the future but we wish him all the best in his new venture."