© 2020 Autosport.  All rights reserved.
Previous / No spectators allowed for opening BTCC round
Next / Turkington grabs pole for Donington opener

Reigning champion Colin Turkington dominated free practice for the opening round of the British Touring Car Championship at Donington Park.

The four-time title winner comfortably emerged atop both 40-minute sessions in his West Surrey Racing-run BMW 330i M Sport, and even headed a team 1-2 in the second period, with Tom Oliphant backing up the Northern Irishman, 0.244 seconds adrift.

The opening session, run in cooler and cloudier conditions, was the quicker, and in this one Turkington headed the Team Dynamics-run Honda Civic Type R of veteran Matt Neal by 0.154s.

Turkington set three laps in the opening period that were quicker than the best anyone else managed, and the fastest two came at the beginning of a 16-lap race run, from which even his average laptime would have got him into the top 10.

"We had a great pre-season - it was almost like two pre-seasons.

"I feel back in the groove and we've got the car quite well pinned down, but we won't get ahead of ourselves - we don't know what pace the others have got to unleash."

PLUS: Why the 2020 BTCC season can still be a corker

Neal (below), still recovering from his serious mountain-biking injuries sustained in the winter, edged out the rapid Infiniti Q50 of Ash Sutton, the former champion who has switched to the Laser Tools Racing squad for this season.

Sutton, impressively, was quickest through the Craner Curves speed trap with his new rear-wheel-drive weapon, and headed fourth-placed Tom Ingram in the Speedworks Motorsport-run Toyota Corolla. 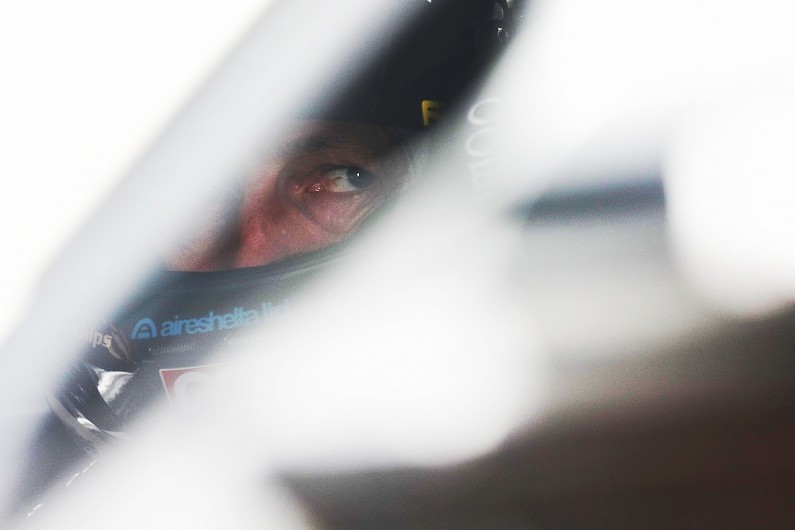 Ingram was sitting atop the times in the second session, which was twice red-flagged, but did not get out for the final 10 minutes of running due to a manifold problem and was bumped down by the two BMWs.

"We're in a really good place at the moment - we just wanted to unlock the last little bit and after that run we feel we've got it," said an optimistic Ingram.

Dan Cammish was fifth fastest overall in the second Dynamics Honda, followed by the best two of the BTC Racing Civics in the hands of Tom Chilton and Jake Cook.

The older-shape Honda of Jake Hill, run by the newly named MB Motorsport squad, was eighth, and then came the brand-new Excelr8 Motorsport Hyundai i30 N of Chris Smiley on its competition debut.

Oliphant rounded out the top 10 overall with his first-session time, while the top six in the slower second period, behind the BMWs, was completed by Ingram, Sutton, Rory Butcher (Motorbase Ford Focus) and Smiley.

The first red flag was caused when Jack Goff went into the barriers quite heftily on the exit of McLeans in his Team Hard Volkswagen CC, causing damage to the left-hand side of the car and prompting a trip to the medical centre.

The second was triggered by debris.

Another Team Hard VW driver in trouble was Nicolas Hamilton, who coasted to a halt on the pitlane-track dividing hatchings towards the end of the second session with grass in his radiator.