British Touring Car champion Matt Neal returned to the cockpit this week for the first time since sustaining multiple injuries in a cycling accident as he starts his pre-season preparations.

Shedden has been on standby to replace Neal for the 2020 opening round at Donington Park on 28-29 March alongside Dan Cammish, but Neal reckons he can make his target after completing 100 laps of the Brands Hatch Indy Circuit.

"I did 70 laps on Tuesday and 30 laps yesterday [Wednesday], and I feel pretty sore today," the three-times BTCC champion told Autosport.

"The inside of the shoulder is the worst - the seat is so stiff on the ribs, you have the HANS device on your collar, so the shoulder is driving the thing and doing all the work, and all three are giving me discomfort.

"I'm looking for rib protectors now, because we've got a full-on week next week - we're at the Media Day at Silverstone on Tuesday, Donington on Thursday and Croft on Friday, so that's a bit of an acid test for me, but I've almost made up my mind I'm going to go for it." 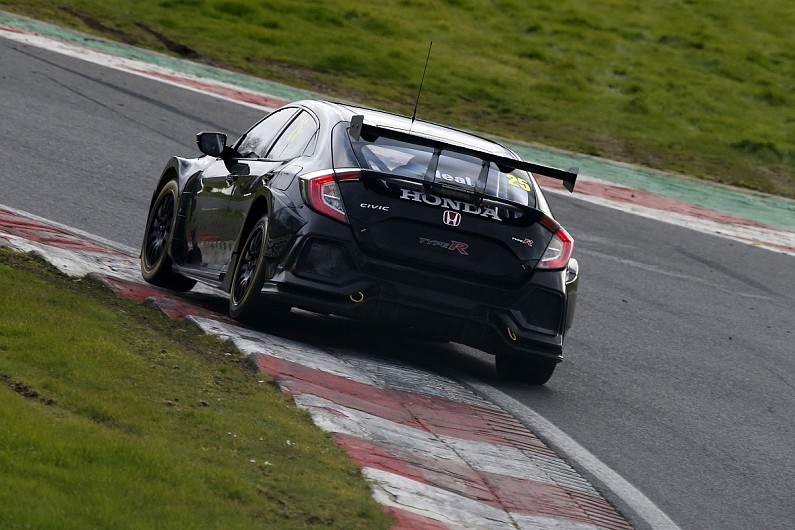 Wet weather early on the first day of the test made life easier for Neal, but such was his progress that Shedden, who had travelled down to Brands, left the circuit once the morning's running was done.

"I never really got a run on new tyres and all the rest of it," said Neal.

"But there were a few things we needed to try on the car, so we did that, and apart from that I just wanted to get miles under my belt."

Neal, whose consultant told him that he should not get back behind the wheel of a racing car until mid-April, is happy with progress.

"It's harder than I thought it was going to be," he said.

"I'm back up to the consultant next Wednesday - the day after the Media Day - for a CT scan.

"It's just managing the pain really, and I've got two and a half weeks until the first race so I've just got to take it as it comes."