Loeb, who will contest his first gravel WRC event for five years this weekend, admitted his firs timed run in Citroen's C3 had not been straightforward.

"It was complicated, not easy," Loeb told Autosport, "But OK, the feeling is coming back slowly.

"I still have no idea what to expect from this rally.

"I need to find the rhythm. I have lost a lot of experience over the years."

The Frenchman was 2.6 seconds down on shakedown pacesetter Meeke, who won the event last year. 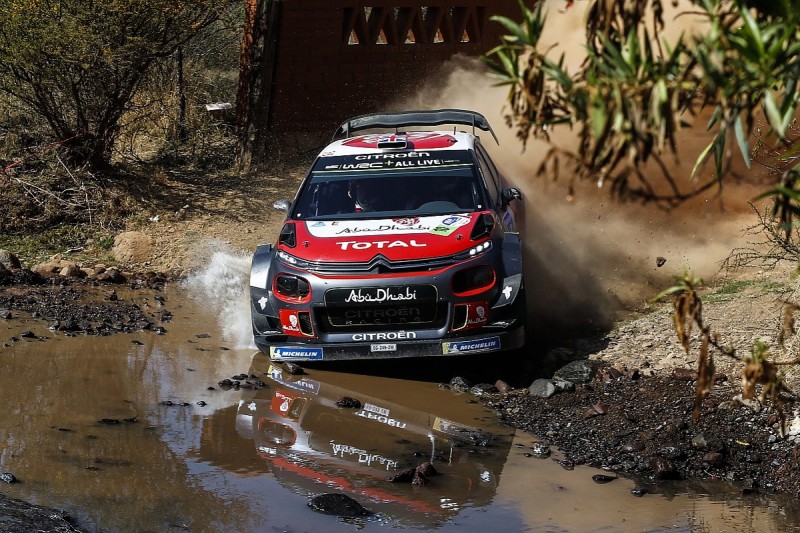 Meeke claimed victory on the Leon-based event 12 months ago in dramatic fashion, surviving a trip into a car park on the final stage.

The Northern Irishman has targeted back-to-back wins in Mexico.

"Shakedown went well," Meeke told Autosport. "We had no problems.

"It's good to be back here and on an event which went well for us last year.

"I won from 10th on the road last time out, so why not target the same result this time?

"I've arrived here eighth in the championship, but just six points off third - I would definitely take being eighth [on the road] over being third in on this event."

Meeke was 0.4s faster than Hyundai's Thierry Neuville across the 3.3-mile shakedown stage in Llano Grande.

The top two were comfortably clear of the rest, with Sebastien Ogier and Ott Tanak joint third, 1.8s off Meeke's pace.