M-Sport Ford driver Tanak - who has never won a WRC round - lost time to Latvala on the opening test, but pulled it all back on Sassari-Argentiera after Latvala had a stall that he felt cost him around five seconds. 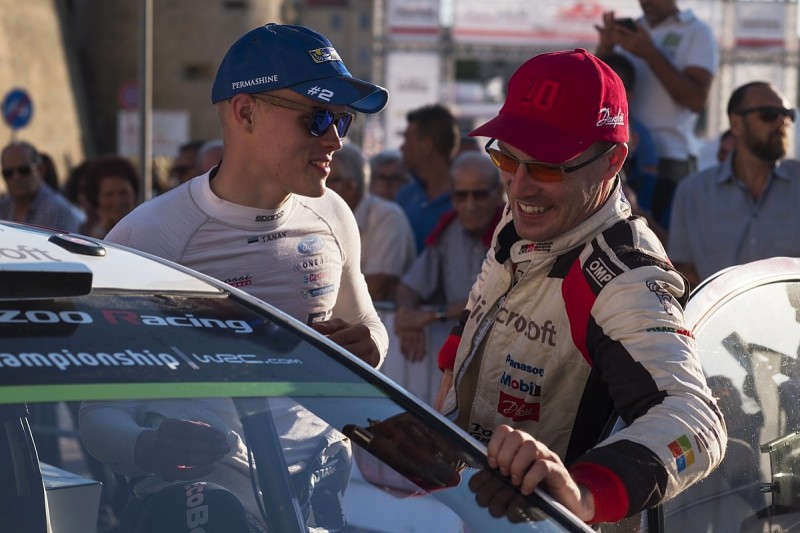 It wasn't plain sailing for Tanak, who had a Fiesta full of dust as the car developed a hole. He is hopeful he can fix It before the next stage.

Having crashed out of the lead on Saturday, breaking a driveshaft in the process, Hayden Paddon rewarded his mechanics for getting the car ready for leg three with a stage win on the morning's opener. His team-mate Dani Sordo won SS17.

The third Hyundai of Thierry Neuville remains third, just under 40s behind Latvala but 1m24.7s ahead of Esapekka Lappi.

Lappi was quicker than his Toyota team-mate Juho Hanninen on both stages to ensure he stays ahead in their battle for fourth.

Championship leader Sebastien Ogier is saving car and tyres for a push for powerstage points after an event mostly spent cleaning the roads.

He lies sixth, ahead of fellow Fiesta driver Mads Ostberg and Citroen new boy Andreas Mikkelsen, the last 2017 WRC car in the top 10.