Ott Tanak took his first ever World Rally Championship victory with first place on Rally Italy, after surviving an attritional event in Sardinia in his M-Sport Ford Fiesta WRC

The event was thrown on its head in a twist on Saturday afternoon, when long-time leader Hayden Paddon crashed his Hyundai into a bank on SS13 and retired on the following road section, gifting Tanak the lead.

The Estonian pushed hard to build up an unassailable gap to Toyota's Jari-Matti Latvala, who lost time with a stall on SS17 on Sunday morning, effectively ending his charge.

Latvala was desperate to take powerstage honours but ran wide in a tight left-hander, and was inconsolable at the finish.

Thierry Neuville rounded out the podium, although he would have likely been the one to inherit the lead from Paddon had he not had brake issues on Saturday.

The Belgian driver lost the brakes completely, just as he was closing on Paddon for the lead.

Arguably the star of the weekend was Esapekka Lappi, who won the powerstage to take his sixth stage victory of the weekend, on only his second event in a 2017 WRC car with Toyota.

He had gearbox issues on Friday morning, losing second gear, which cost him time, before winning his first stage of the weekend on the final stage of the loop despite the problems. 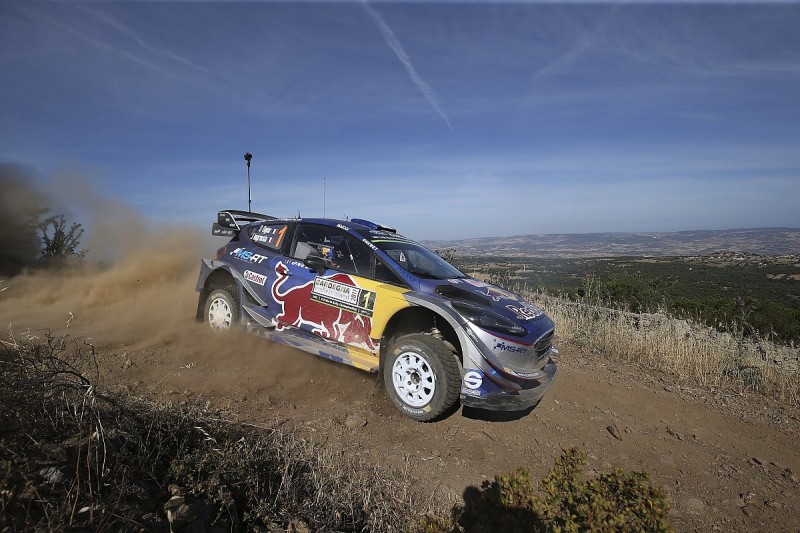 Sebastien Ogier looked downcast all weekend, as he swept the road and ended Friday 41 seconds off the lead.

When he wasn't sweeping the road, he suffered from understeer and struggled to find the sweetspot with his M-Sport Fiesta.

Juho Hanninen lost fifth to Ogier on the final stage with steering issues, but still finished sixth despite crashing on Friday's Tergu SS9, when he had been only 7.9s off the lead on the previous stage.

Mads Ostberg had a problem-filled weekend capped off by his rear-right wheel pointing in the wrong direction on the powerstage, but still got his Fiesta home to finish seventh.

Andreas Mikkelsen headed the Citroen charge on his debut with the team in eighth place.

A puncture was his only worry, as he worked to adapt to a car driven from the rear, contrary to his usual understeer-favouring style.

His team-mate Kris Meeke crashed out as he challenged for the lead on Friday, while Craig Breen looked to be heading for the top 10 before a landing after a jump dislodged the gearbox mounting and forced him out and into Rally2 on Saturday.

Elfyn Evans was another driver to return under Rally2 on Saturday after hitting a tree on Friday and a compression launched the DMACK Fiesta off the road.

Evans and Breen both finished outside of the top 20.

Dani Sordo also suffered with turbo issues, and just to show what could have been, he set multiple stage wins on his way to finish 12th.