Fastest times on both Elsi and Penmachno - the afternoon loop's two full-length stages - launched Citroen driver Ogier forwards from the fifth place in which he had ended the morning.

He is now just 1.5 seconds behind Meeke heading to the after-dark runs through Dyfnant and Aberhirnant that conclude the day.

Thierry Neuville was quickest on the short Slate Mountain stage and is still in victory contention in third, 4.2s off the lead and 2.7s ahead of championship leader Ott Tanak.

The rest of the order was initially unclear as Penmachno was interrupted by a crash for Jari-Matti Latvala.

The Toyota driver had slipped back from third to fifth on Elsi as he suspected a puncture, and then rolled early on the next stage.

Though Latvala and co-driver Miikka Anttila quickly indicated that they were unhurt, officials opted to stop the stage to send medical crews in to make precautionary checks because of the size of the impact.

The stage was stopped with only six cars having gone through, and Slate Mountain was delayed while the rest made their way through Penmachno slowly.

Nominal times were eventually awarded - for the second time in the day after SS5 was curtailed due to spectactor issues.

Craig Breen remains fifth on his return to the Hyundai line-up. Team-mate Andreas Mikkelsen is now just 2.1s behind him having shown stronger pace in the afternoon. 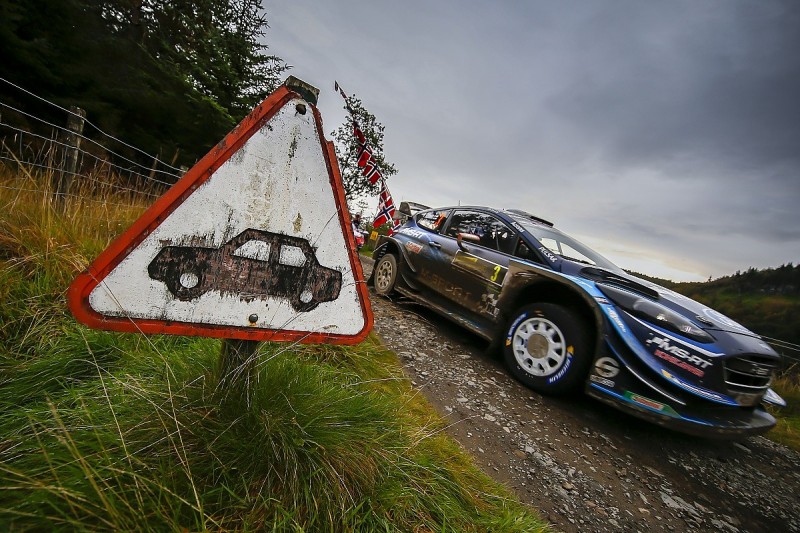 Teemu Suninen leads the M-Sport ranks in seventh, though team-mate Elfyn Evans is closing on him as he recovers from his morning suspension damage. Pontus Tidemand is still behind the top WRC2Pro cars and runs 11th in the additional M-Sport Ford.

Citroen also lost a car during the afternoon, with Esapekka Lappi going off the road on Elsi when holding seventh place.