Meeke retired from Saturday's stages with damage to the left-rear of his Yaris WRC, while Latvala emerged from the same Kakaristo stage with a left-rear puncture.

His car suffered bodywork and aerodynamic damage, but Latvala was able to continue and subsequently went fastest on the following Leustu stage.

Latvala now sits second, 13.8 seconds behind Tanak. Makinen told Autosport: "I think both Kris and Jari-Matti forget what the target was for this rally.

"But when they pull on the helmet and they get into the big fight, they forget everything.

"It was only a question of what happened, both of them were thinking: Ott is going that fast... and they forget about their own driving.

"Somehow their concentration has been disturbed. As long as you keep concentration and focus on where you are going everything is working - do this and you are far faster and without the risk. 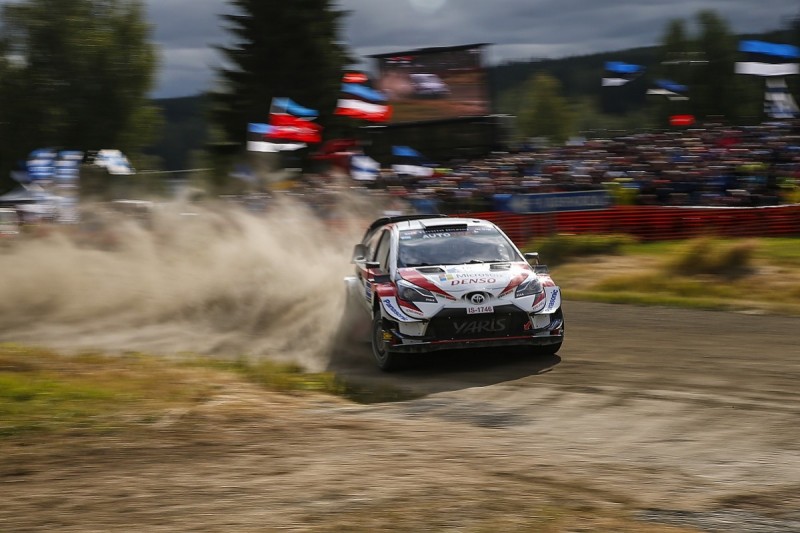 Latvala accepted the blame for his puncture. Explaining his incident, Latvala said: "It was in a ditch on the outside of the right corner.

"It was the size of a head, a big rock. "Last year in this corner, the organisers had put concrete to stop us cutting, but this year it was gone so I went faster through the corner and slid wide on the exit.

"It was my mistake, but you know EP [Esapekka Lappi, who is third for Citroen] is still close, so I have to push a little."

Toyota sporting director Kaj Lindstrom told Autosport Meeke's incident happened in a fifth-gear corner, with the Northern Irishman's Yaris sliding out of the line and clipping a rock with the left-rear.