Tanak and Latvala each took turns at the top of the standings, with Tanak using his better road position to take 3.1s out of Latvala on the 11.61-mile Pihkajakoski stage that opened the day.

Latvala then responded with the fastest time on the longer Paijala test to edge back in front by just two-tenths of a second.

But both Latvala and Meeke struck trouble on Kakaristo, handing stage winner Tanak a healthy margin.

Meeke started the day just 1.2s off the lead and had close to within 0.6s after SS13. But the Northern Irishman, alongside co-driver Seb Marshall, was the first to fall after clipping an errant rock on a fifth-gear right-hander 5.4 miles into the test.

His Toyota team confirmed that Meeke would not take any further part in Saturday's action, but plan to restart on Sunday.

Latvala also hit a rock "the size of a head" early on the stage, suffering a left-rear puncture.

Unlike Meeke, the Finn was able to haul his car to the finish, albeit dropping 14.1s to Tanak. That did, however, keep Latvala ahead of the Citroen C3 of Esapekka Lappi. 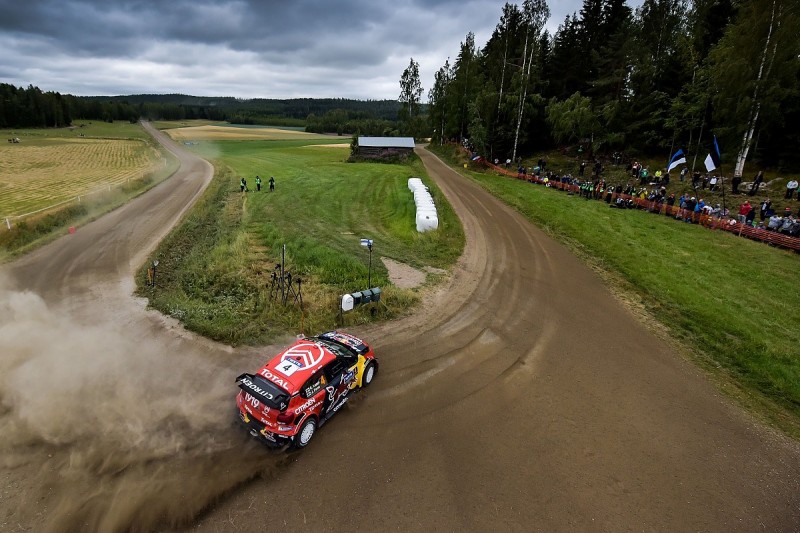 Having finished Friday just 2.6s off the lead, Lappi struggled to match the pace of the rapid Toyotas, losing 12.1s to Tanak on Paijala and Kakaristo.

Lappi does however remain within touching distance of second-placed Latvala following the latter's puncture, with the pair separated by just 2.3s.

Breen held fifth at the start of the day but lost time to Mikkelsen on SS12 after believing he had a puncture during the stage. The Irishman responded on the next stage and reclaimed the position by 1.4s.

Hailing an "amazing" car, Mikkelsen then took 1.7s out of Breen, who slipped behind an unwell Ogier on SS14, to grab fourth.

Ogier suffered a bout of vomiting overnight but put his illness to one side to move closer to the Hyundai of Mikkelsen after a pair of fourth-fastest times in the final two stages of the loop, and is 1.5s behind.

Thierry Neuville is a further 17s behind Breen in seventh as the Belgian continues to struggle with an early road position in his Hyundai.

Neuville bemoaned that he "could not do more" with the car despite setting the fifth-fastest time on SS14.

Despite a "horrible" feeling on the opening stage, M-Sport's Teemu Suninen was more at ease over the course of the morning as the Finn wrestled his Ford Fiesta WRC to eighth.

Suninen and team-mate Gus Greensmith split set-ups on their cars in search of more grip on the stages, with Greensmith labelling his morning as "a disaster" and "forgettable" as he ended up the slowest of the WRC runners in ninth.