The governing body is concerned about using the Great Orme/Llandudno stage as the bonus point-paying powerstage on the final day of the October event, and has refused to sign off the route.

WRC sporting regulations state the powerstage should "be representative of the rally", but the FIA feels the all-asphalt Orme and Llandudno town stage fails to meet this criteria.

Using Llandudno would bring world championship competition to closed roads in a British town for the first time ever, and be of significant benefit to Wales.

The Welsh government has invested political energy into ensuring closed-road legislation was in place to allow this to happen.

It has also allocated additional funding to ensure helicopter shots of the north Welsh coastline can be shown around the world from the powerstage. A source told Autosport: "The potential fall-out is massive.

"Wales is absolutely on the boil for this; it's rightly seen as a fantastic way to show off some of its most beautiful coastline.

"The event has moved right to the front of October for this season, which means real potential for great weather, big crowds and some amazing shots from the helicopter.

"Nobody's under any illusions here, the organisers are aware that the Great Orme is different in nature to the rest of the route, but the problem here really lies with woolly rules. 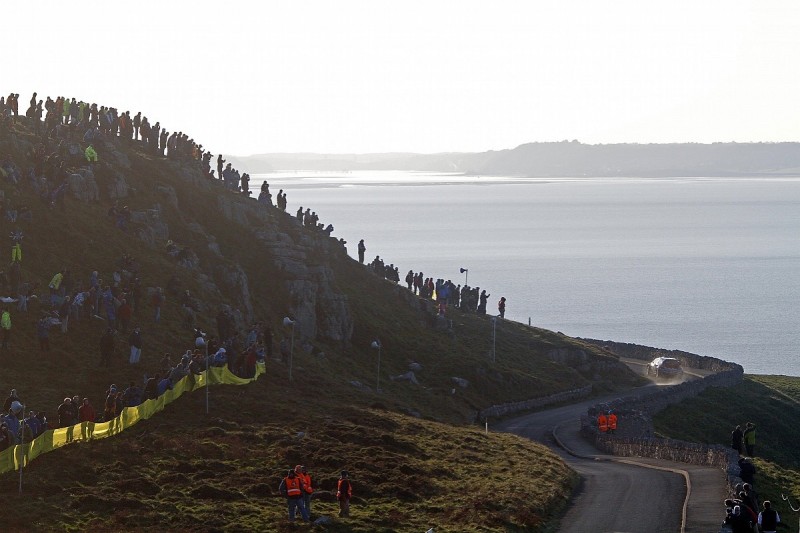 "If asphalt stages can't be run on gravel rallies then why has a waiver been issued for such a stage in each of the past five years?

"The issue is with waivers, especially when so much of the argument is utterly subjective.

"And in terms of a powerstage being worthy of five points, are any of these final 10km stages really worthy of the points?

"The powerstage is a promotional creation and should be treated as such."

It is hoped that promotion from the Great Orme stage and the potential for 30,000 spectators to line the Llandudno streets will help secure an extension to Wales' backing of Rally GB.

Autosport understands WRC teams are undecided on the powerstage plan, with some pointing to the dangers of the Great Orme stage running high above the Irish Sea.

One senior team principal told Autosport: "I don't understand what the problem is here... we have the chance to do something exceptional, something which will genuinely bring the rally to the people and the drivers are crying about it.

"The drivers are professionals, they should do their jobs: drive where their co-drivers tell them to drive and let the organisers run the rally.

"If this doesn't happen it's a stupid decision from the FIA and it's a huge missed opportunity for the promoter.

"Sometimes, I don't understand this sport - we wonder why we stay hidden away behind the trees."