Barritt was forced to skip the Tour de Corse earlier this month after he suffered concussion during the sixth-gear crash which ruled him and Evans out of Rally Mexico in March.

Barritt was back in the Ford Fiesta WRC at Evans' pre-event test in Portugal earlier this week and passed a medical examination allowing him to compete on Friday.

"Getting back in the car again was no problem," Barritt told Autosport. "I've come back after bigger shunts than that one. If I was concerned about anything, it was just about how I'd feel physically in the car during the test and I was absolutely fine.

"I have to thank Phil [Mills, stand-in co-driver in Corsica] (pictured below) who did a fantastic job for Elfyn, but it was very frustrating sitting on the sidelines for the last rally. I'm looking forward to getting going again in Argentina." 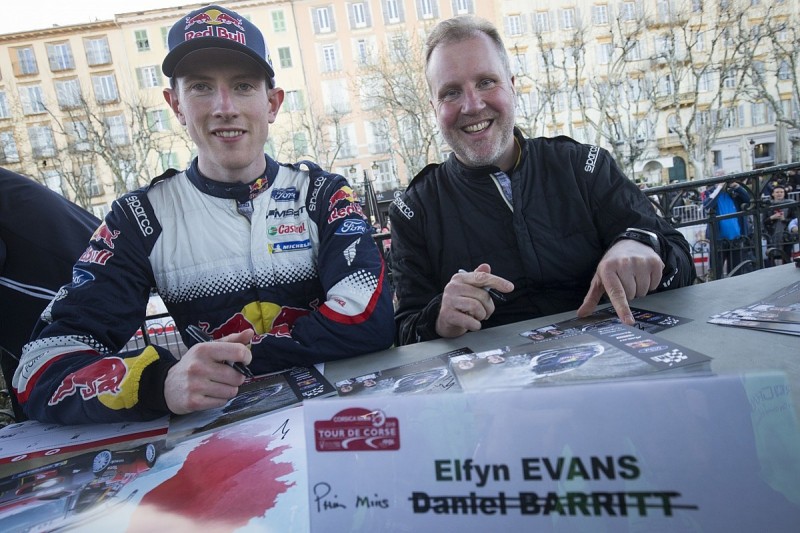 Evans says he and Barritt can now turn their attention to getting his season back on track, having taken a season-best result of fifth in the Tour of Corsica after struggling in Mexico and Sweden.

"It's great to get Dan back," said Evans. "We had to tick a box to get through Corsica, which we did thanks to Phil, but now we need to get our heads down and get on with a solid result to get the season going.

"It's not been the best of starts, but we need to go to Argentina and be smart."