New Hyundai team principal Cyril Abiteboul has explained the reasons behind his surprise move into the World Rally Championship.

The South Korean marque officially announced its appointment of the former Renault Formula 1 boss this week after Abiteboul emerged as Hyundai’s successful candidate to lead its motorsport activities last month.

Abiteboul will now take charge of Hyundai’s WRC team and its customer racing actives in what will be a first move into rallying for the former F1 team boss.

In Q&A issued by Hyundai, Abiteboul says the lure of significant global brand and mutual connection with Hyundai triggered the move.

“Hyundai is the most innovative and fastest-growing manufacturer among the top global brands,” said Abiteboul.

“Long before we entered discussions with one another, I was very impressed with what the company has been achieving, so I was invested in this role from the start.

“I think it is well known that after 15 years working in motorsport, I stopped for different reasons.

“Although I needed to take a bit of distance from the automotive and motorsport industries, the appetite for the thrill of motorsport remained very strong in my blood.

“I had mutual connections with Hyundai Motorsport and I knew they were looking for a new team principal. I made contact with them and we found there was a good fit between what Hyundai and I were looking for.

“There was a natural willingness to go further, but it was only a few weeks ago that it came together. It is still all very new, and I still need to learn a lot, but I am very excited by the challenge. I think the Hyundai brand has been greatly enhanced through its motorsport activities, and it is now my responsibility to continue and further this growth.”

Having spent the majority of his career working in F1 as team principal at Caterham from 2012-2014, before rejoining Renault, where he stayed until its rebrand to Alpine in 2021, he is under no illusions as to the challenges of working in the WRC. 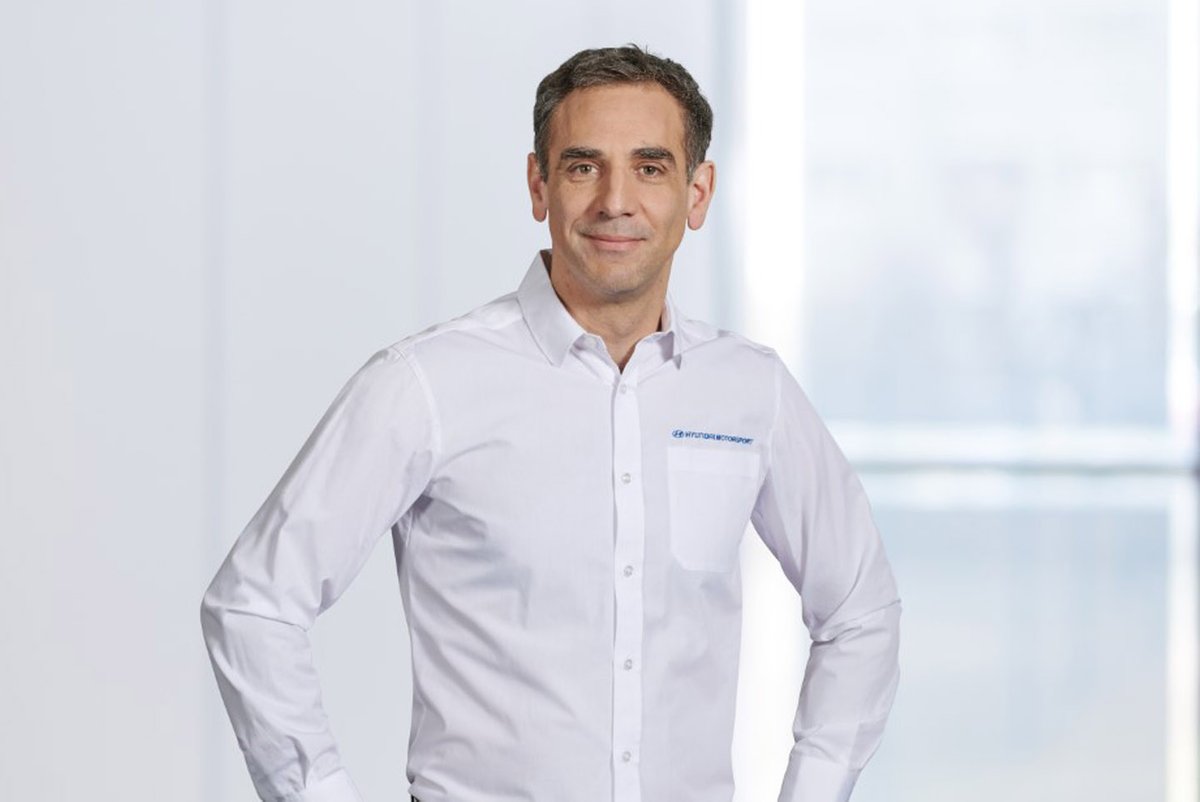 While excited to learn a new discipline, the 45-year says he must be patient and believes Hyundai’s WRC team doesn’t require a rebuild after a turbulent period following the departure of former team principal Andrea Adamo in December 2021.

Last season under the leadership of deputy team director Julien Moncet, who has been offered a new role within the team, Hyundai scored five wins despite a difficult start to 2022.

“I’m approaching this like all the others I’ve been through in my life; with lots of humility, but I am excited and patient about what can and needs to be done,” added Abiteboul.

“In contrast to where I have been previously, where I had to build up a team, this one does not need to be built.

“It is established, it functions, and it is capable of delivering extremely good results.

“The challenge will be more within myself with the learning I need to go through, and quickly. There is not only an expectation but also an obligation to deliver.

“That is what lies ahead but I am up for it. To a certain degree, I can see the targets, processes and attention to detail are very similar; the relentless dedication to work and to consider the short, medium and long term at the same time. On the other hand, I can also see that this is totally different to what I have experienced before.

“From a professional perspective, this will be my first foray into rallying, but I have been an observer of the series over the years.

“In motorsport when you work in one category, you need to be so focused and become extremely specialised so by virtue of what I was doing, I was specialised in Formula 1.

“Now I need to do the same in rally, which will take time, but I am very enthusiastic about the DNA and heritage of the sport.”

Abiteboul’s first duty as team principal will be next week’s WRC season opener in Monte Carlo.