As reported last month, the Frenchman has emerged as the successful candidate to lead Hyundai’s motorsport projects following a lengthy search to replace Andrea Adamo, after his departure in December 2021.

Abiteboul will now lead the South Korean marque’s World Rally Championship and customer programmes, taking over from Julien Moncet, who was promoted from powertrains boss to deputy team director after Adamo’s exit.

The 45-year-old joins the team with a wealth of motorsport experience having led the Caterham F1 team from 2012-2014, before rejoining Renault, where he began his career.

At the French brand, Abiteboul worked his way up to lead its F1 team from 2017, before parting ways ahead of the squad’s rebrand to Alpine in 2021.

Since leaving the F1 team, Abiteboul has been working in a motorsport advisor role for engine builder Mecachrome, which supplies power units to Formula 2 and Formula 3.

This new role with Hyundai will see Abiteboul expand his portfolio into rallying for the first time.

“I am relishing the opportunity to join Hyundai Motorsport as team principal from 2023,” said Abiteboul.

“In motorsport, like in the rest of their activities, the Hyundai brand is cautiously building its leadership. 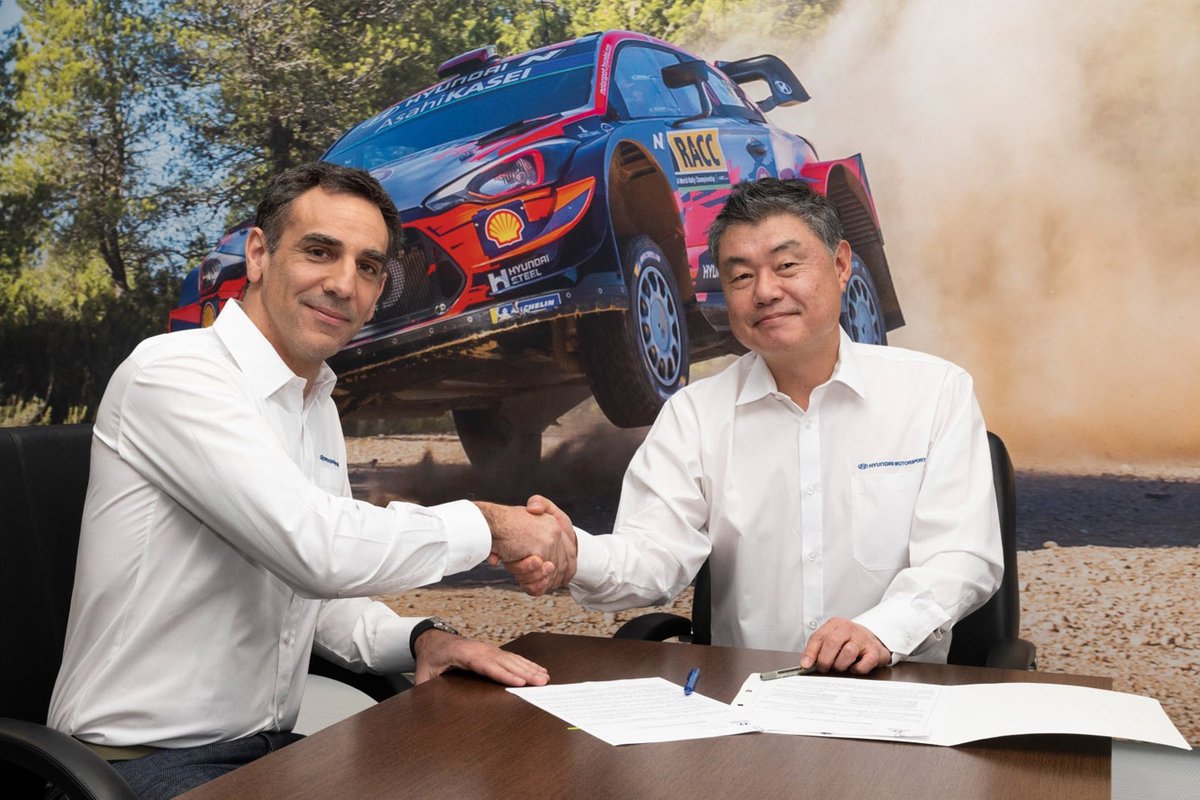 “I am excited at the prospect of being part of it, managing the WRC and Customer Racing programs, where the team has already proven to be strong competitors.

"I am looking forward to immersing myself into the rallying community and discovering more about this spectacular sport.

“Hyundai has given me its full support to make the transition into this role a smooth one. I can’t wait to get started.”

The announcement also confirmed that Moncet, who led Hyundai to five WRC wins last year, the most the marque has ever scored in a single campaign, will remain within the company. The Frenchman will take up a new role “related to Hyundai Motorsport’s future technology” according to the team press release.

Hyundai Motorsport President Sean Kim added: “Cyril’s experience in Formula 1 will help us to explore new opportunities for growth and improvements as we look to mount a more intensive fight for titles in WRC and to support our Customer Racing teams.

“We will deliberately give him time to settle in, discover the environment and, in time, to make the Team Principal role his own.

“I would like to extend my thanks to Julien Moncet, who took on the deputy role last season with determination. Under his guidance, we secured five victories and built strong momentum in the second part of the year.

“I have no doubt that Hyundai Motorsport’s technical personnel, along with Cyril, will demonstrate stronger and clearer leadership in the future by co-operating closely with the Global R&D of Hyundai Motor Company.”

Abiteboul’s first competitive outing in his new role will be next week’s WRC season opener in Monte Carlo.