At a snow-covered Nurburgring, three-time WRX champion Kristoffersson won his semi-final in his KYB EKS JC Audi ahead of Niclas Gronholm's GRX-SET Hyundai to take pole for the final.

Although 2019 champion Hansen could afford to be patient with a 17-point pre-event buffer, he had already seen three points fall by the wayside with fellow Swede Kristoffersson ending up as top qualifier on Friday, while Hansen ended up fourth.

The Peugeot Hansen driver's day got worse when he was docked five seconds for contact in the second semi-final, which meant he would line up only sixth for the final.

European RX3 champion Yuri Belevskiy took an impressive win to book a slot on the front row for the final on his first World RX outing in Volland Racing's Audi.

Despite visibility problems in the final caused by the low sun, Kristoffersson avoided trouble and romped to his third win of the season following previous triumphs in Riga and at Spa-Francorchamps, while Hansen had another eventful race.

Following contact with Gronholm at the first corner, he took the flag in second but was subsequently disqualified, promoting Belevskiy to a remarkable second.

Gronholm could only finish fourth, behind team-mate Krisztian Szabo, while Kristoffersson's team-mate Enzo Ide was also disqualified for contact. 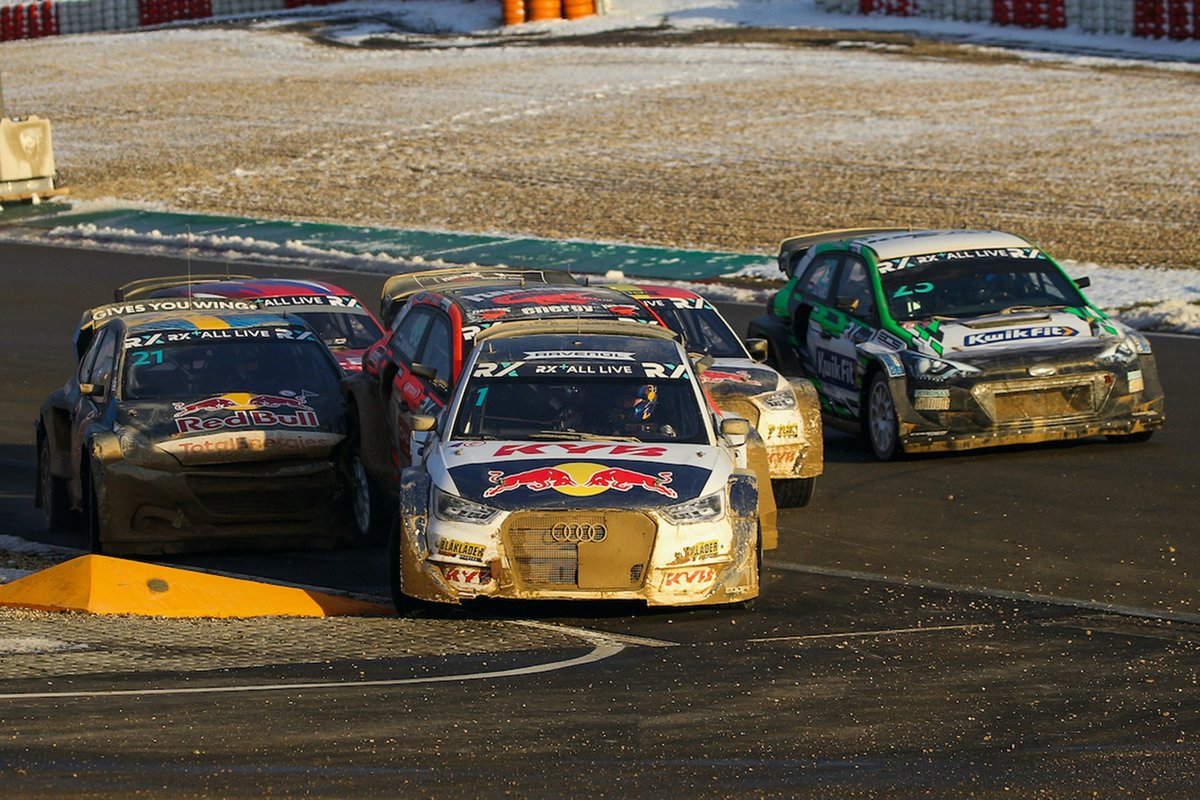 Kristoffersson got away cleanly to lead at the start, while behind an aggressive first corner move from Hansen resulted in DSQ

Kristoffersson said: “Mentally, it was a tough day but I really enjoyed it.

“The conditions were extremely difficult, and we had to try to adapt as quickly as possible to a new track, in the snow and without studded tyres! That was maybe the biggest challenge I’ve ever had in a rallycross car, but it’s always fun as a driver taking on big challenges.

“I didn’t have the best starts in Q2 or the semi-final – we’ll have to work on that – but the final was better.”

“Timmy coming from the back of the grid into second proved that he is up for a fight tomorrow,” he added. “But so are we!”