The revisions, which include a 110kg increase in minimum weight, follow the decision last month to allow true road-going hypercars to compete alongside the new breed of prototypes for outright honours in the WEC and its blue-riband Le Mans 24 Hours round from September 2020.

Autosport has learned that the rule makers, WEC promoter the Automobile Club de l'Ouest and the FIA, have decided that it would be unworkable to try to incorporate what would in effect have been front and rear Drag Reduction Systems into the aerodynamics of road-based machinery such as the Aston Martin Valkyrie.

The move also reflects an increase in the lap-time target for the next generation of WEC frontrunner from 3m24-25s to 3m30s around the 8.5-mile Circuit de la Sarthe at Le Mans.

A drive for a reduction in development costs was behind the introduction of moveable aerodynamics, which went hand in hand with a ban on more than one bodywork configuration for the prototypes.

Another key tenet of the original rule book was a strict limitation on the aerodynamic performance of the prototypes. 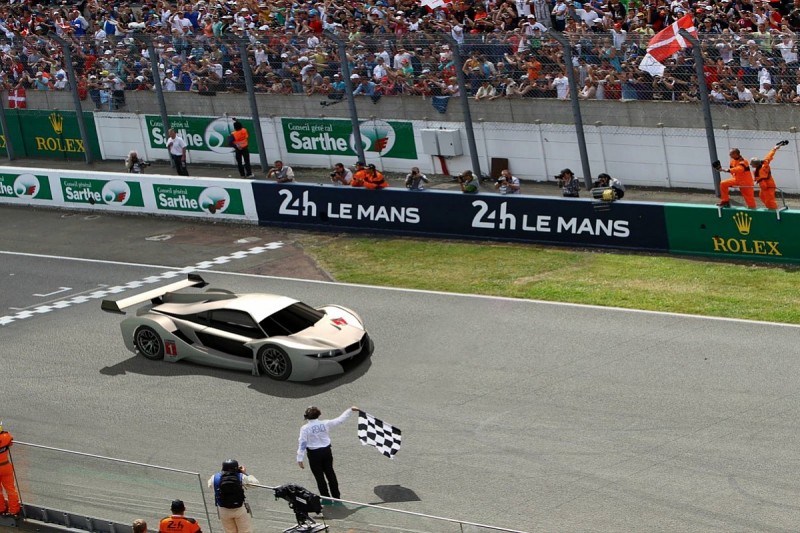 It is understood that the concept of defining maximum downforce and minimum drag figures has been retained in the latest set of proposals, but the targets have been downscaled to accommodate less-efficient road-cars aerodynamics.

The minimum weight for all cars, whether pure-bred prototypes or road-based hypercars, is set to be 1150kg.

That compares with the 1040kg figure in the regulations published last year and the 980kg minimum that was announced when the ACO and the FIA unveiled their vision for hypercar prototypes during Le Mans week last June.

The efforts to balance hybrid and non-hybrid machinery are behind the planned re-introduction of the rule that prohibits the deployment of the front-axle hybrid system below 120km/h (75mph).

This rule, which was in place for LMP1 in the WEC in 2012-13, is designed to mitigate the advantage of running four-wheel-drive.

The latest proposals lay down a new maximum of 610kW (820bhp), which combines the outputs from the conventional engine and the energy-retrieval system in the case of hybrids.

It also appears that that it is the intent of the rule makers to drop the fuel-flow limitations that have been at the heart of the current LMP1 category since 2014.

Twenty cars would have to be built within two years of the race version's debut.