Toyota holds a commanding lead at the halfway point of the Bahrain 8 Hours, as its Hypercar rivals struggle to put up a competition in the World Endurance Championship finale.

The #7 Toyota GR010 Hybrid of Mike Conway, Kamui Kobayashi and Jose Maria Lopez sits 2.4s clear in front after being let through by the sister car of Brendon Hartley, Sebastien Buemi and Ryo Hirakawa in the fourth hour of the race.

Second place would be enough for the #8 crew to clinch the championship with its chief rival, the #36 Alpine of Nicolas Lapierre, Matthieu Vaxiviere and Andre Negrao, running a lap down in third as the only Hypercar contender not to suffer technical issues.

Buemi led the field early on in the #8 Toyota that Hartley had qualified on pole, despite the #93 Peugeot then driven by Paul di Resta closing in as they encountered traffic from lower categories.

The #93 Peugeot would drop to third in the first round of pitstops due to a fractionally slower pitstop, making it a Toyota 1-2 at the front of the field with the #8 entry remaining ahead of #7.

Hartley held a five-second advantage after taking over the #8 car from Buemi but soon started coming under pressure from Conway, who rapidly wiped out the advantage of the championship-leading car.

Hartley was initially hesitant on team radio when Toyota elected to impose manufacturer orders, but he eventually let Conway through by lifting at the end of the start/finish straight.

Alpine has had an underwhelming run in what’s the last outing of the A480-Gibson LMP1 car, with the French manufacturer failing to make any serious inroads after qualifying fifth and last in the Hypercar class.

Nicolas Lapierre was able to get heat into his tyres better than some of his rivals at the start of the race and passed the #94 Peugeot of Menezes and even the #7 Toyota then driven by Jose Maria Lopez.

But Lopez was able to repass the Alpine on lap three and the #36 crew then lost further time by pitting just before the second full-course yellow period of the race.

The FCY was deployed because the #93 Peugeot that had qualified on the front row suffered a gearbox issue just before the end of hour two.

After stopping on track for a long time on the run-off area at Turns 2 and 3, di Resta was able to car the back to the garage, where it spent two laps before being sent back out on tracks.

The #94 Peugeot also suffered mechanical issues during the race, with a second stoppage with Loic Duval at the wheel just before the halfway point of the race promoting Alpine to third. 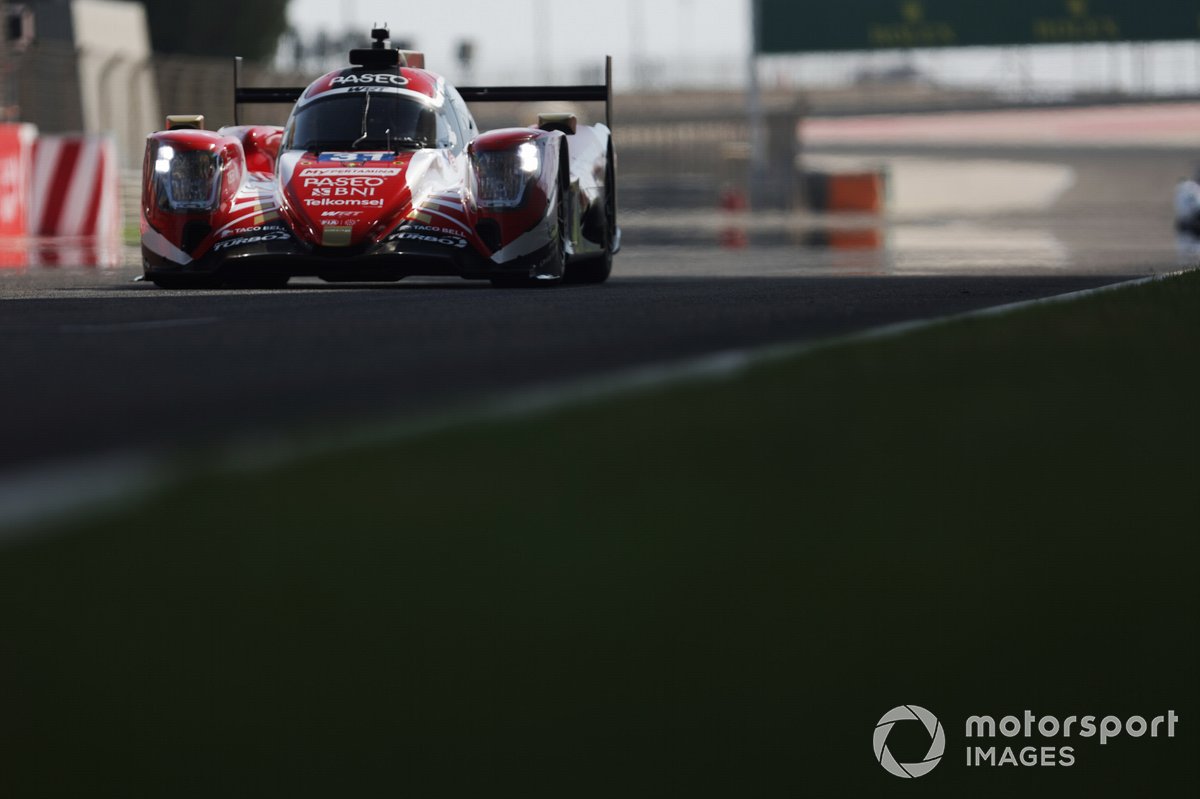 A charging stint from three-time DTM champion Rene Rast propelled the #31 WRT ORECA car into the LMP2 lead two hours and 30 minutes into the race.

The #23 United Autosports ORECA runs second with Oliver Jarvis at the wheel, ahead of the sister #22 car currently driven by Will Owen.

The #22 United had held a solid lead following an impressive early drive from Owen’s team-mate Filipe Albuquerque, but the crew dropped behind both the lead WRT and the #23 Oreca later on in the race.

The championship-leading #38 Jota car is only fourth but has already burned through almost two hours of driving time for its silver-rated driver Roberto Gonzalez, putting it in a strong position to clinch the title.

Ferrari is poised to defend its title in GTE Pro after James Calado completed a pitstop under the first FCY to propel the #51 Ferrari he shares with Alessandro Pier Guidi from third to the lead.

The other Ferrari of Miguel Molina is second after teammate Antonio Fuoco passed the quick-starting #92 Porsche of Kevin Estre during what was then the lead battle at the end of the first hour.

The #64 Corvette, which also stopped under the FCY like the #51 Ferrari, runs third after trading positions with the #92 Porsche in the first half of the race.

The five-car GTE Pro field is propped up by the #91 Porsche of Richard Lietz.

Sarah Bovy leads the GTE Am class in the #85 Iron Dames Ferrari 488 GTE after four hours of racing.