Jose Maria Lopez set the pace for Toyota as a number of newcomers tested Hypercar machinery in the World Endurance Championship rookie test in Bahrain.

Fresh off winning Saturday’s final round of the season, Lopez set a time of 1m48.812s in the two-hour morning session to put the #7 Toyota GR010 Hybrid on top in the combined order at the end of the day.

Second on the timesheets was the #94 Peugeot driven by Nico Muller with a best effort of 1m49.600s, with the Swiss driver handed more time in the 9X8 LMH car a day after making his race debut for the team.

Matthieu Vaxiviere ended third in what was the last outing of the Alpine A480 Gibson during a race weekend in the WEC.

Having been four seconds off the pace during the morning, Vaxiviere was able to make a significant improvement during the three-hour afternoon session to end the day with a time of 1m49.769s.

Mikkel Jensen set a time of a 1m49.827s in the #93 Peugeot that retired from Saturday’s race, four tenths quicker than top rookie and 19-year-old Malthe Jakobsen in the sister 9X8.

Formula E race winner Maximilian Guenther, who will race for sister brand Maserati at the start of the series' Gen3 era next year, posted a best time of 1m51.665s in what was his first experience of prototype machinery.

This was just fractionally quicker than what two-time WTCR champion Yann Ehrlacher managed as a variety of drivers got to test Peugeot's new LMH car.

Richard Mille Racing’s Lilou Wadoux got an opportunity to test the title-winning Toyota Hypercar during the morning session having been nominated for the role by the WEC organisation.

Completing a total of 33 laps, Wadoux was able to improve her pace to 1m50.953s by the end of the session, which placed her fifth among drivers who ran during the morning session. 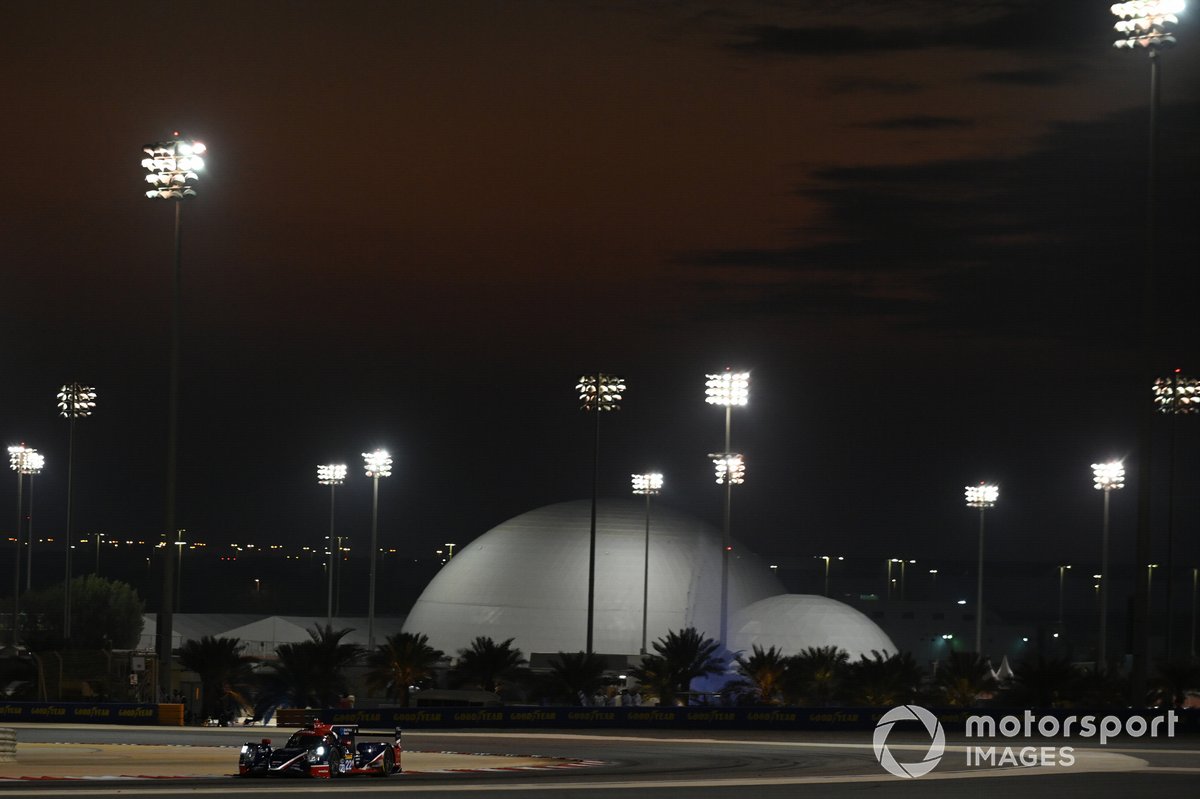 Most of the day’s quickest LMP2 times were set during the shorter morning session, with Nelson Piquet Jr leading the way with a lap of 1m51.922s in the #22 United Autosports ORECA.

Piquet Jr, who will race for the Anglo-American squad in the European Le Mans Series next year, beat Ferrari GTE Pro driver Antonio Fuoco by 1m52.316s.

Fuoco drove for the AF Corse LMP2 team that will partner Ferrari for its return to the top class of sportscar racing next year.

Alpine junior Olli Caldwell and Formula 2 regular Marcus Armstrong also got to test for the Signatech-run Richard Mille team alongside Chatin, with the former remaining the fastest driver of the afternoon session until two quick laps from Prema’s Bent Viscaal and United Autosports’ Garnet Patterson demoted him to third at the end of the session.

All three drivers, however, couldn’t manage the morning benchmark of Piquet Jr.

Lorenzo Colombo got to test the title-winning GTE Pro Ferrari in which he set a time of a 1m58.621s to end the fastest in his class.

Bronze-rated Ben Keating got his first opportunity to drive the Corvette C8.R, as Porsche skipped the test following the end of its factory programme with the 911 RSR-19 ahead of its graduation to the Hypercar class next year.

Mikkel Pedersen was the quickest in the GTE Am division thanks to a 1m59.865s effort in the afternoon session.