Oliver Jarvis and Filipe Albuquerque are confident that United Autosports will bounce back in next year's World Endurance Championship after a 2022 season that fell short of its usual standards.

The Anglo-American outfit has been one of the standout performers of the LMP2 division at both European and world championship level, winning the WEC title on its first attempt in 2019/20 before enjoying another strong campaign in 2021 with two wins and a further podium finish.

However, results were much harder to come by this season even as the squad expanded to a second ORECA-Gibson 07, as it registered a single victory in the season-opener at Sebring with Jarvis, Josh Pierson and Paul di Resta.

The victory in the Sebring 1000 Miles was followed by a rough patch in the middle of the campaign in which neither of its cars finished higher than fifth, and it wasn’t until the final round in Bahrain that United managed to finish on the podium again.

But Jarvis remains confident that United will be able to mount a fightback in 2023, when his 2022 IMSA title-winning team-mate Tom Blomqvist joins he and Pierson in the #23 entry.

“We've got to find a little bit of pace overall and then maybe just execute the weekends a bit better,” Jarvis told Autosport.

“We are going to work on every little detail.

“United are a fantastic team, I really enjoyed working with them. They are without doubt one of the top teams in the paddock.

“Tom Blomqvist is coming on board, who I know well from this year and I think we are really going to hit the ground running next year. 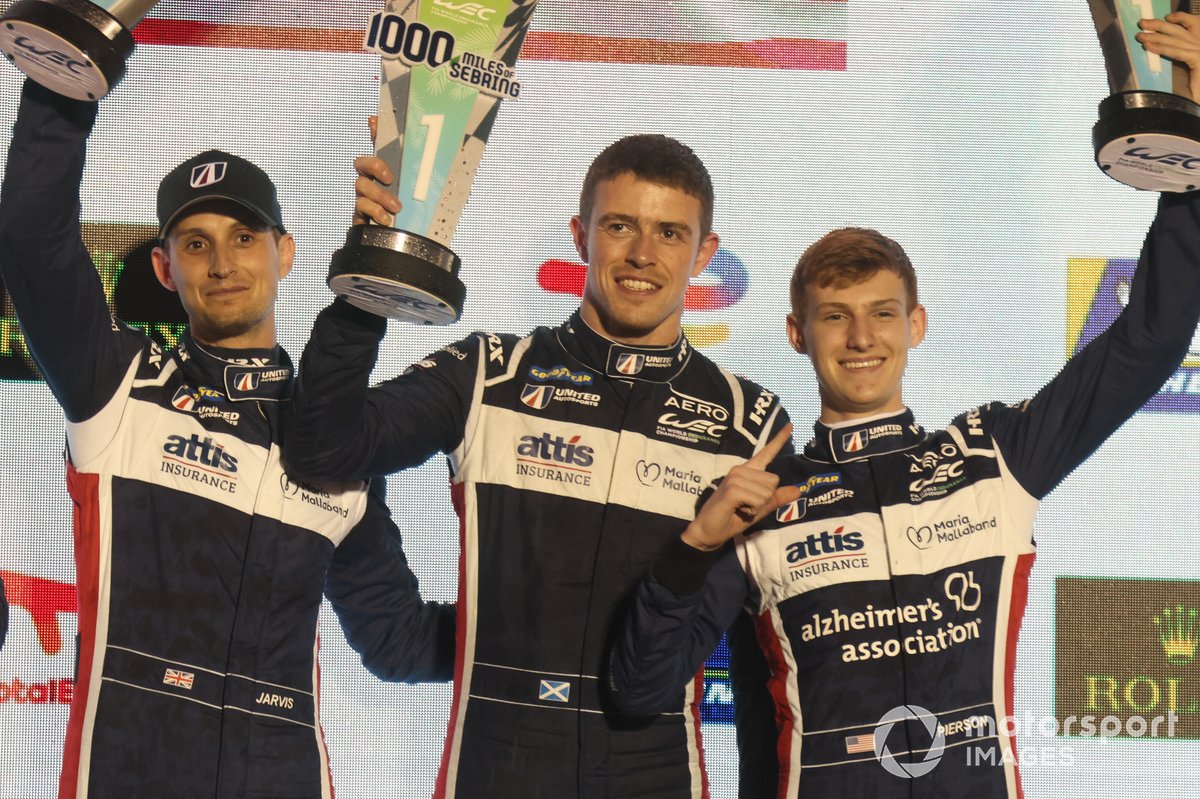 “I think Josh having a little bit more experience will be a big advantage for him.

“We are going to work hard in the winter and come back stronger, because LMP2 goes from strength to strength and one thing we know is that our competitors won't stand still either.”

Albuquerque, Phil Hanson and Will Owen had an even tougher season in United’s #22 entry as they logged a single top-five finish all year, despite claiming two pole positions and several front row starts. That prompted Albuquerque to admit on the eve of the Bahrain 8 Hours finale he was in disbelief over the crew’s “shocking” 2022 results.

But like Jarvis, the Portuguese driver believes United has what it takes to return to title-winning ways in LMP2. Asked how United can be back at the top again next season, Albuquerque told Autosport: “Just keep trying. Sometimes you need to take a deep breath and be loyal to yourself.

Phil Hanson column: The sportscar champion eyeing a reset after his "toughest year" to date

“Obviously there were things we could have done better but there were things that fell out of our way, some little things. It's out of your control and you put one or two wins in there and we would have been fighting for the championship.

“Little things change and especially when it's a tight championship and very competitive that you can really be finishing P1 or P7 or P8, it changes a lot how you go. So it's super-competitive.

“I really think [the key is] just keeping humble to your work methods.

“Me, Phil, the engineer Gary [Robertshaw] and United, we have won this before, we know how to do it.

“You do need luck sometimes to win championships and whoever wins and says they did it by themselves, they have not been in the sport long enough.”