Sebastien Buemi's 1m54.768s set on intermediate tyres in the first of the two 90-minute sessions stood as the fastest time of the day.

That gave him and team-mates Kazuki Nakajima and Fernando Alonso a margin of a second and a half over the sister Toyota TS050 HYBRID in which Jose Maria Lopez posted a 1m56.354s lap in the morning.

Third fastest was the best of the SMP Racing BR Engineering BR1s in which Matevos Isaakyan recorded a 1m58.880s in the opening session.

Tom Dillmann was only half a tenth in arrears in fourth position in the ByKolles ENSO CLM-Nissan P1/01 on a 1m58.919s.

Fastest Rebellion lap of the day was set by Thomas Laurent in the morning practice period, his 1m59.1392s putting him fifth in the combined times.

Lopez jumped to the top of the timesheets right at the end of the slower afternoon session in which the LMP1 runners used only wet tyres.

Jazeman Jaafar recorded the best LMP2 time of the day in the quicker, morning practice period with a 2m02.923s aboard the #37 Jackie Chan DC Racing ORECA-Gibson 07.

Jaafar was also quickest in LMP2 in the afternoon, knocking the Signatech ORECA from top of the times right at the end of the session.

Martin Tomczyk recorded a 2m09.830s on slicks to top the GTE Pro times aboard his BMW M8 GTE in the morning. 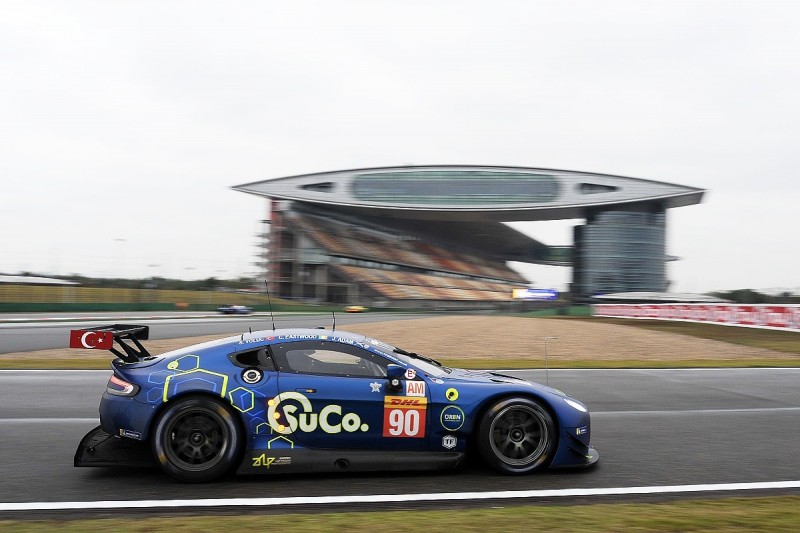 The second GTE car in the changing conditions was the Am class TF Sport Aston Vantage GTE driven by Charlie Eastwood.

Maxime Martin and Kevin Estre took third and fourth positions in GTE Pro for Aston Martin and Porsche respectively in the morning.

James Calado was quickest in class in the afternoon in his AF Corse Ferrari 488 GTE from Antonio Felix da Costa in the second of the BMW M8s.

The Spirit of Race Ferrari topped GTE Am in the afternoon.