Penske will mastermind Porsche's factory return to top-line sportscar racing with a new LMDh prototype in both the World Endurance Championship and the IMSA SportsCar Championship from 2023.

The American multi-discipline operation will renew its partnership with the German manufacturer to run a pair of LMP2-based LMDh contenders in both series under the Porsche Penske Motorsport banner.

Penske and Porsche previously enjoyed success together in North American sportscar racing: they won the Can-Am title in 1972 and '73 with the 917, and then claimed a hat-trick of American Le Mans class titles with the RS Spyder LMP2 in 2006-08, as well as winning 11 races outright.

PLUS: Is this the greatest racing car of all time?

The most recent Porsche/Penske programme came in 2009 in the Grand-Am series with a Riley Daytona Prototype powered by one of the German manufacturer's flat-six engines.

The renewal of Penske's relationship with Porsche follows the end of its deal with Honda brand Acura at the conclusion of last year's IMSA series.

No timeframe has been put on the deal except, according to Porsche's statement, that it will run for "a number of years".

"Team Penske has made a name for itself with an almost unparalleled success story in motorsport.

"In the long list of victories to date, however, the name Le Mans has been missing.

"I hope that we will finally be able to chalk up this success as of 2023 with Porsche Penske Motorsport — this would then mark Porsche's 20th overall victory at La Sarthe."

Team founder Roger Penske, who has made no secret of his desire to take his squad back to the Le Mans 24 Hours for the first time since 1971, described the announcement of the return to the Porsche fold as a "a proud day for the entire Penske organisation". 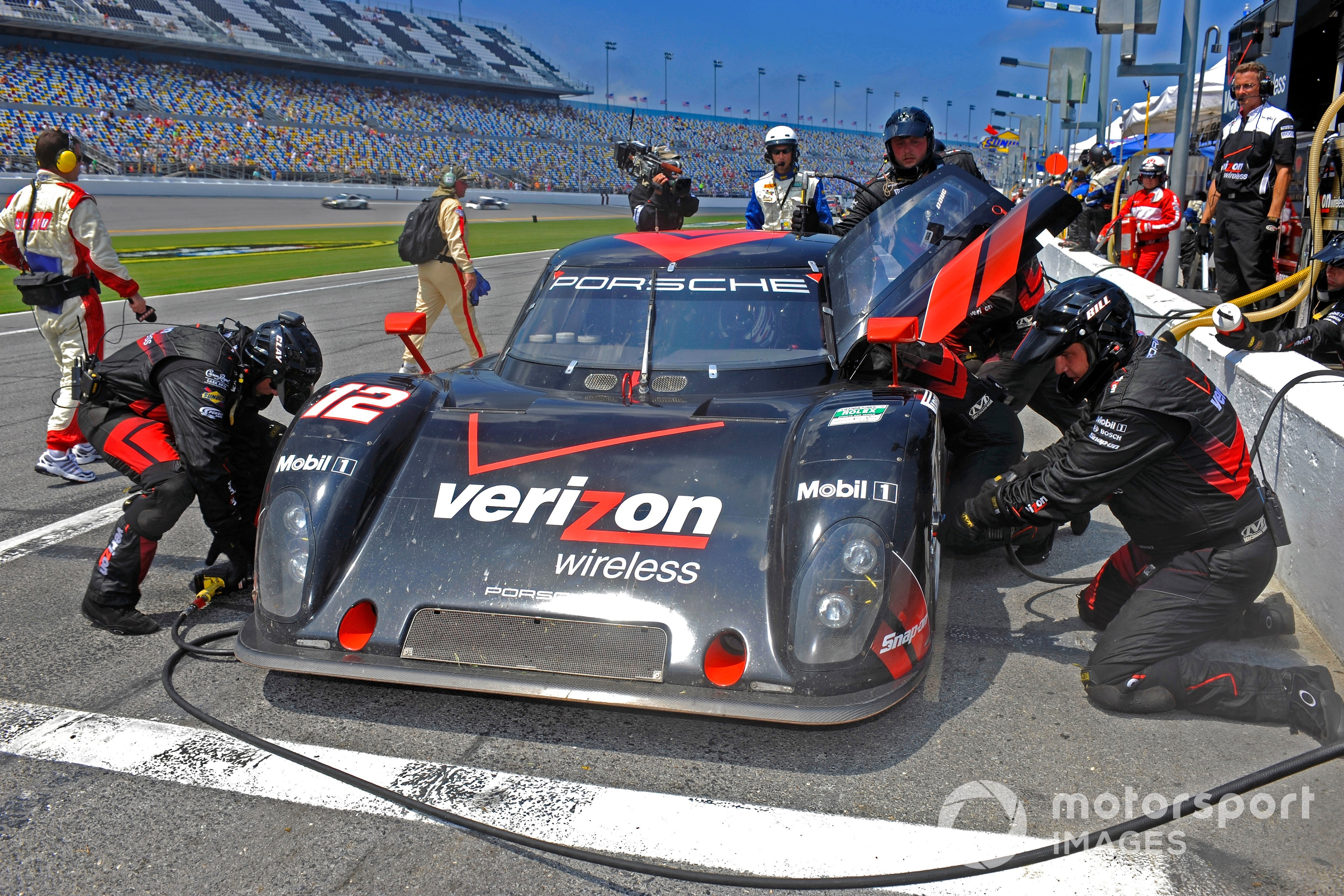 "We have represented Porsche on the track or in our businesses for more than six decades," he said.

"The heritage and success we have enjoyed together is unparalleled throughout our history.

“I can’t wait to get started as we build a global racing programme with Porsche that will compete for wins and championships well into the future.”

Porsche chairman Oliver Blume pointed out that it will be "the first time in the history of Porsche Motorsport that our company will have a global team competing in the world's two largest endurance series".

"To this end, we will be setting up team bases on both sides of the Atlantic," he continued.

"This will enable us to create the optimal structures we will need to take overall victories at Le Mans, Daytona and Sebring, for example."

The LMDh factory race programme will be based at Penske's headquarters in Mooresville, North Carolina, but it has yet to be revealed from where it will mastermind the WEC campaign.

Porsche also reiterated its intention to have customer cars on the grid in both the WEC and IMSA from the beginning of the programme in 2023.

"We are looking for a mix of factory and customer cars from the beginning," said Porsche head of factory motorsport Pascal Zurlinden.

He revealed that the marque's LMDh contender is scheduled to be up and running before the end of this year.

No announcement has been made on which of the four constructors licensed to build the next-generation of P2 car Porsche has chosen to work with.

Zurlinden stated that all the "major concept decisions", including the chassis partner and choice of engine, have been made and that there will be a further announcement later this month.

He would not elaborate on the scope of the co-operation with Audi mentioned last week when Porsche's sister marque announced further details of its LMDh programme.

Zurlinden refused to confirm that both manufacturers have chosen to work with Multimatic Motorsport and that they will use the same engine.