Alpine is demanding changes to the Hypercar Balance of Performance after losing a shot at victory in Saturday's World Endurance Championship opener at Spa on fuel mileage.

The French manufacturer's Gibson-powered A480 grandfathered LMP1 car run by Signatech finished just over a minute behind the winning Toyota GR010 HYBRID in second position, but Alpine drivers Nicolas Lapierre, Andre Negrao and Matthieu Vaxiviere had to make one extra fuel stop to complete the six-hour race.

Signatech boss Philippe Sinault revealed after the race that the amount of fuel allocated to the A480 in the BoP table could not be accommodated by the car's fuel tank, which explained why Alpine's stints fell two or three laps short of those managed by the Toyotas.

"Something has to be done and I hope something can change," Sinault told Autosport.

"I will try to convince the Automobile Club de l'Ouest [the series promoter and co-writer of the rules with the FIA], but they already know the problem.

PLUS: How stumbling Toyota drew first blood in the WEC's new era

"We want to have the chance of a real victory, not just to be lucky because the other cars have problems — without a change we will always be spectators."

Sinault said that putting a bigger fuel tank in the Alpine, which is designed around an LMP2 monocoque, will be problematic.

"We are at maximum capacity," said Sinault.

"It is not possible to put a bigger fuel tank in because the car is homologated like this." 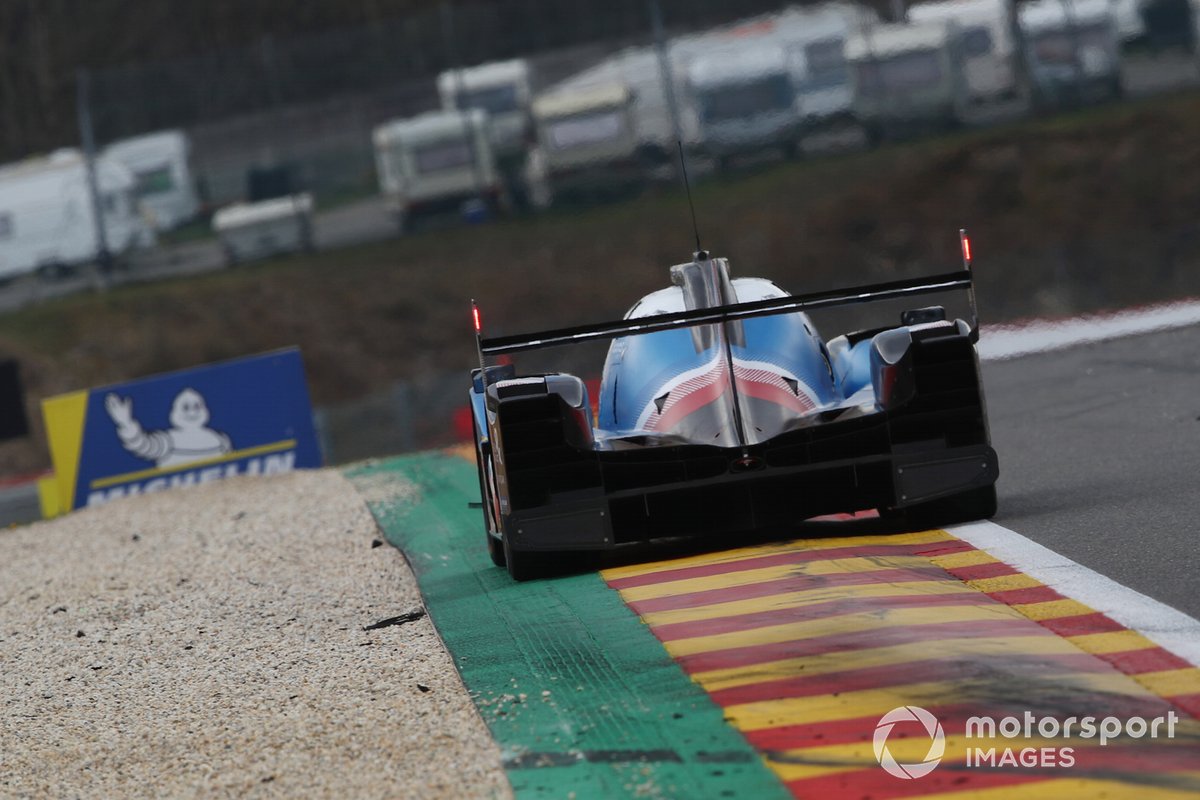 It appears the only solution would be to reduce the stint length of the Toyotas by reducing the amount of energy allowed to them in the BoP table published before each race.

Toyota Gazoo Racing Europe technical director Pascal Vasselon said he could not comment on Alpine's calls for a BoP change.

Each car is prescribed a maximum amount of energy it can use, measured in megajoules, over a stint, which for the Toyota includes the electric power deployed by its front-axle hybrid system.

The Toyotas repeatedly managed 25 laps around the 4.35-mile Circuit de Spa-Francorchamps, with the winning car shared by Sebastien Buemi, Brendon Hartley and Kazuki Nakajima managing 26 laps on one occasion.

The regular stint length for the Alpine at Spa was 22 laps, but it also managed a single 23-lap stint.

Details of the BoP correction mentioned by ACO technical director Thierry Bouvet in a pre-event press conference hosted by the WEC promoter and the FIA emerged after the race.

The atmospheric co-efficient designed to remove the advantage of running a turbocharged engine over a normally-aspirated motor at altitude was removed for Spa, which lies at approximately 600m in the Ardennes mountains.

This gave Toyota's twin-turbo 3.5-litre twin-turbo a power boost of 18kW or 24bhp, which Gibson Technology was able to match on the 4.5-litre normally-aspirated V8 in the Alpine.

The move was designed to increase the performance gap between the cars running in the Hypercar class and the LMP2 prototypes, which was a topic of debate throughout race week.

Vasselon estimated the power increase was worth 0.55s a lap.