The Japanese manufacturer has admitted that it is eyeing the new electric LSR set by Lord Paul Drayson in June for vehicles weighing under 1000kg.

ZEOD designer Ben Bowlby, whose title at Nissan is director of motorsport innovation, believes that the car will be capable in electric form of beating the 204.2mph average set by Drayson in his Lola B12/69 EV at RAF Elvington in Yorkshire.

"That could potentially be our next target post Le Mans," said Bowlby. "Taking the Nissan ZEOD RC to Le Mans and becoming the first car to complete the entire 8.47-mile circuit [using only electric power] is our first target.

"While we're aiming to reach 300km/h [186mph] under electric power at Le Mans, the Nissan ZEOD RC certainly has the capability to go faster than that in a LSR-configuration situation."

Bowlby explained that changes to the ZEOD's gearing and the fact that the record is set over a flying mile with a run-up means that the car's potential top speed is much higher than its maximum at Le Mans.

ZEOD TO HIT TRACK IN SEPTEMBER 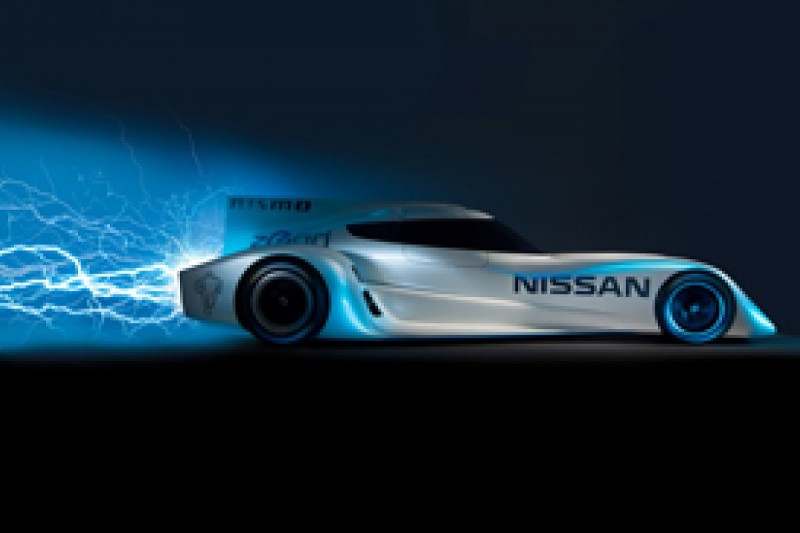 The ZEOD is now being built up around its recently-completed monocoque at Nissan technical partner RML's base in Northamptonshire ahead of its first test in September.

The car will run in electric-only form during its first stage of development over the remainder of 2013.

Nissan global motorsport director Darren Cox explained that a number of different electric powertrain solutions would be tried during this period.

"Just developing a single powertrain option in only 12 months would be a mammoth task," he said, "but we're looking to carefully examine a number of options to ascertain which will be best suited for Le Mans."

The petrol engine that will boost the range of the ZEOD will not run in the car until early next year.

The ZEOD has taken the Garage 56 entry, which is reserved for cars showcasing environmentally-friendly technologies, for Le Mans in 2014.