Aston Martin Racing's latest GTE Pro contender has been given more turbo boost and a weight break for the Silverstone 6 Hours on Sunday, even though the BoP was scheduled to remain unchanged under the auto system for the British event.

The first round of changes under the automatic BoP, which does not encompass the Le Mans 24 Hours, was not due until the Fuji round in October

But the FIA's Endurance Committee has opted to invoke the so-called 'black-ball' rule that allows for the BoP to be reset once per season.

This follows uncompetitive showings by the new-for-2018 Vantage at both the Spa WEC opener in May and then Le Mans in June.

The Aston and Ferrari's 488 GTE, which counts as a new car because it underwent an evolution upgrade over the winter, have benefited from the changes made by the Endurance Committee. 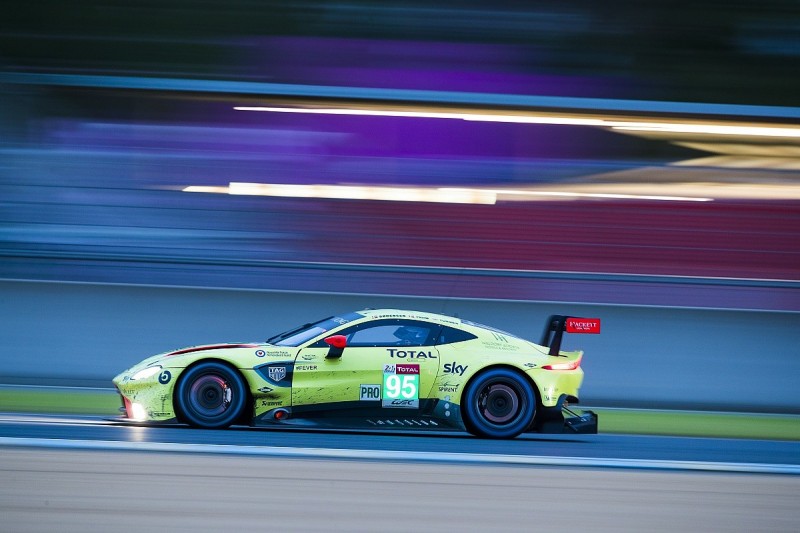 The latest Aston Martin will race at a minimum weight of 1263kg, compared with 1268kg at Spa, and has been given additional turbo boost throughout its rev range.

These are in excess of the increased boost levels it was allowed to run at Le Mans.

The 2017 championship-winning Ferrari has been given a much smaller power increase.

The BoP of the other three GTE Pro contenders — the Ford GT, the BMW M8 GTE and the Porsche 911 RSR — remains unchanged from Spa.

AMR managing director John Gaw would not put a figure on the likely horsepower gain for the Aston, describing it as "insignificant".

"We'll find out on Sunday night if this is enough to make us competitive at Silverstone, but I highly doubt that it is," he told Autosport.

"The crucial thing is that this will bring us into the window of the auto system and will allow us to be competitive when it kicks in prior to Fuji."

The auto BoP system only allows for changes in limited increments: maximum adjustments of plus or minus 20kg and 10kW (13.5bhp) can be made at any one time.