Jose Maria Lopez set what proved to be the fastest time of 1m38.401s early on in the one hour, 45 minute session at the wheel of the #7 Toyota GR010 Hybrid.

That was enough to edge out the sister #8 car of Brendon Hartley by 0.134s.

What was originally planned to be a 90-minute session, the WEC's first official running at the track since the 2017 Prologue pre-season test was extended by 15 minutes owing to a red flag at the 33-minute mark caused by GTE Am driver Roberto Lacorte crashing his Cetilar Racing Ferrari.

After action resumed, the Signatech-run Alpine A480-Gibson set its fastest time of 1m38.553s in the hands of Nicolas Lapierre to move up to third ahead of the two Glickenhaus 007 LMHs.

Both Glickenhaus cars were within seven tenths of the pace, with Romain Dumas setting the American marque's fastest time of 1m39.042s aboard the #709 car inside the first 10 minutes of the session - briefly going fastest overall before both Toyotas improved.

United Autosports led the way in the LMP2 class, with the returning Filipe Albuquerque - absent from the previous round at Portimao owing to an IMSA clash - going fastest on a 1m39.373s in the team's #22 ORECA 07-Gibson. 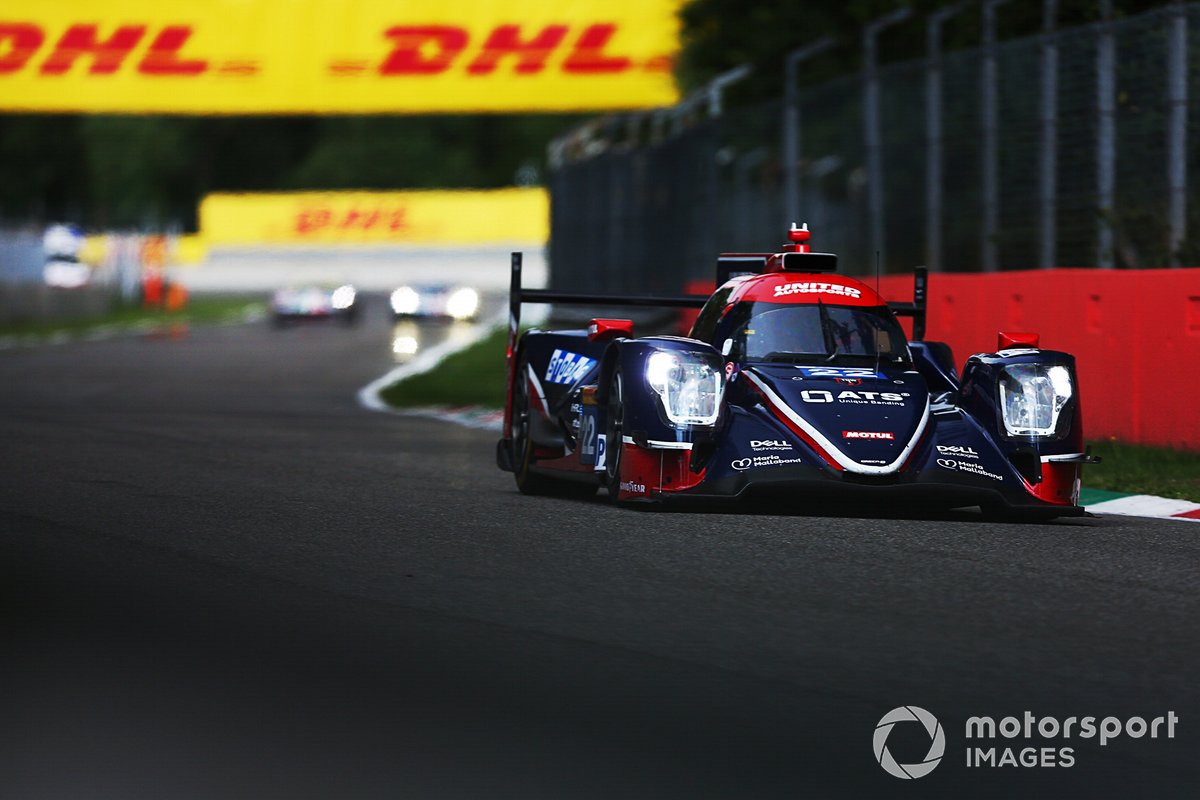 That was a little under half a second up on the time set by Racing Team Nederland returnee Nyck de Vries, one of two stand-in drivers for the team this weekend after regular drivers Job van Uitert and Giedo van der Garde both returned positive COVID-19 tests.

Ben Hanley put DragonSpeed third-fastest, another two tenths back, ahead of the fourth-placed WRT car and the two Jota entries.

Risi Competizione was 10th-fastest in its first session running its new ORECA, with Oliver Jarvis setting the team's best time of 1m40.996s to go 10th-fastest in the 12-car class.

Porsche did however set the pace in GTE Am thanks to a last-ditch effort of 1m47.194s by Riccardo Pera in the #56 Project 1 car, knocking ex-Formula 1 driver Giancarlo Fisichella in the #54 AF Corse Ferrari off the top of the times.