Toyota has confirmed discussions are underway for seven-time World Rally champion Sebastien Ogier to test its World Endurance Championship Hypercar ahead of a possible outing in the series next year.

Ogier has confirmed he won’t contest a full season in WRC next year, as the series begins its new hybrid era, and is eyeing opportunities in circuit racing with WEC and the Le Mans 24 Hours top of the list.

The Frenchman flagged earlier this year that whatever happens in 2022 he would like to remain within the Toyota team in some guise.

He could contest a half WRC season or run as few as two rallies for the Japanese brand and dovetail a partial campaign with outings in other forms of motorsport.

Toyota Gazoo Racing Europe technical director Pascal Vasselon has confirmed to Autosport that Ogier has undergone sessions in the outfit’s simulator and talks are ongoing, but there is “no fixed plan” regarding any outings in Toyota’s WEC Hypercar.

“It is something that is in discussion. There is no fixed plan at the moment; it is just something we are looking at,” Vasselon told Autosport.

“He is interested in driving our car and I understand why he would want to drive our Le Mans Hypercar. He has already done some simulator sessions.

“We have put our WEC drivers in rally cars on team-building events, but we've never had a rally driver in one of our prototypes, so it would be quite interesting, I think.”

While competing in WEC is outside of Ogier's comfort zone, the 37-year-old has racked up several circuit racing outings during his career. 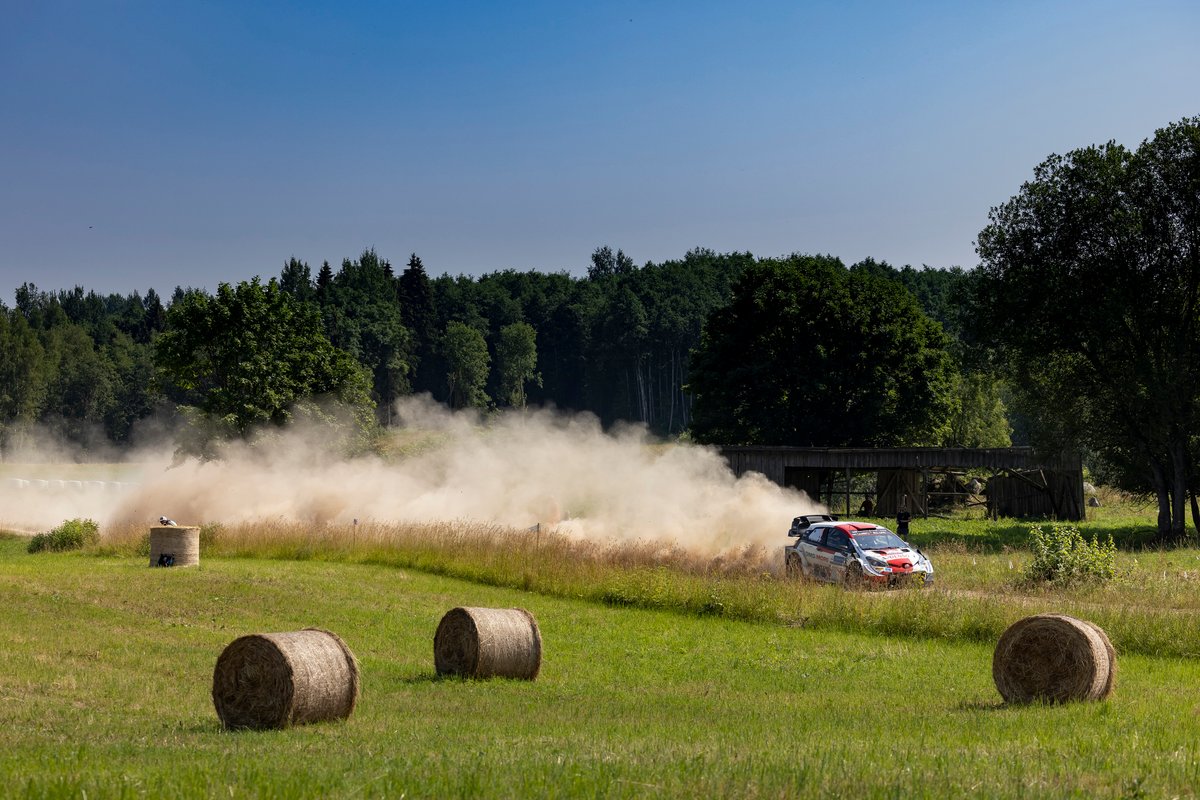 Should Ogier’s ultimate wish come to fruition he wouldn't be the only rally driver to tackle the Le Mans 24 Hours.

Speaking prior to Rally Estonia this week, Ogier admitted his 2022 plans are still yet to be confirmed but revealed that he is hopeful of testing Toyota’s WEC Hypercar, and those results could help determine his schedule.

“At the moment I’m still waiting to see what is going to fall in place regarding my switch to maybe the WEC that is my wish you know that,” said Ogier, when asked by Autosport if the recent partial WRC calendar release had helped his future planning.

“Nothing is decided yet. I have some work [to do] and am going to have a [WEC] test at some point to see what I can do with this car and after that maybe I will be able to decide if I do some rally and how many, but at the moment you all have to be patient to hear about my 2022 year.

“The priority for me next year is not motorsport for me, that will remain.”