Peugeot is confident that its new 9X8 Le Mans Hypercar will race without a rear wing when its makes its debut in the World Endurance Championship next year.

The French manufacturer believes that there is only a "small possibility" that it will have to revise the radical aerodynamics shown on a mock-up at the virtual launch of its new WEC challenger last week.

Olivier Jansonnie, technical director of the WEC programme at Peugeot Sport, said on the first public viewing of the 9X8 showcar at this weekend's Monza WEC round: "We are 100 per cent confident that the car will start testing without the rear wing.

"You have to correlate what you do in calculation — in computational fluid dynamics (CFD) and in the windtunnel — and what you do on the track.

"This is the final piece of the puzzle that is missing, but hopefully our simulations are right and we will go racing like this.

"There is a small possibility that something doesn't work, this can always happen, but we are sufficiently confident that this is going to be the concept we race."

Jansonnie stressed, however, that Peugeot would change tack if necessary.

"If at any point we find that it is not the right direction, we are sufficiently experienced to change our mind and revise our opinion," he explained.

"We have sufficient humility to understand that you need to test to prove that the new ideas are correct." 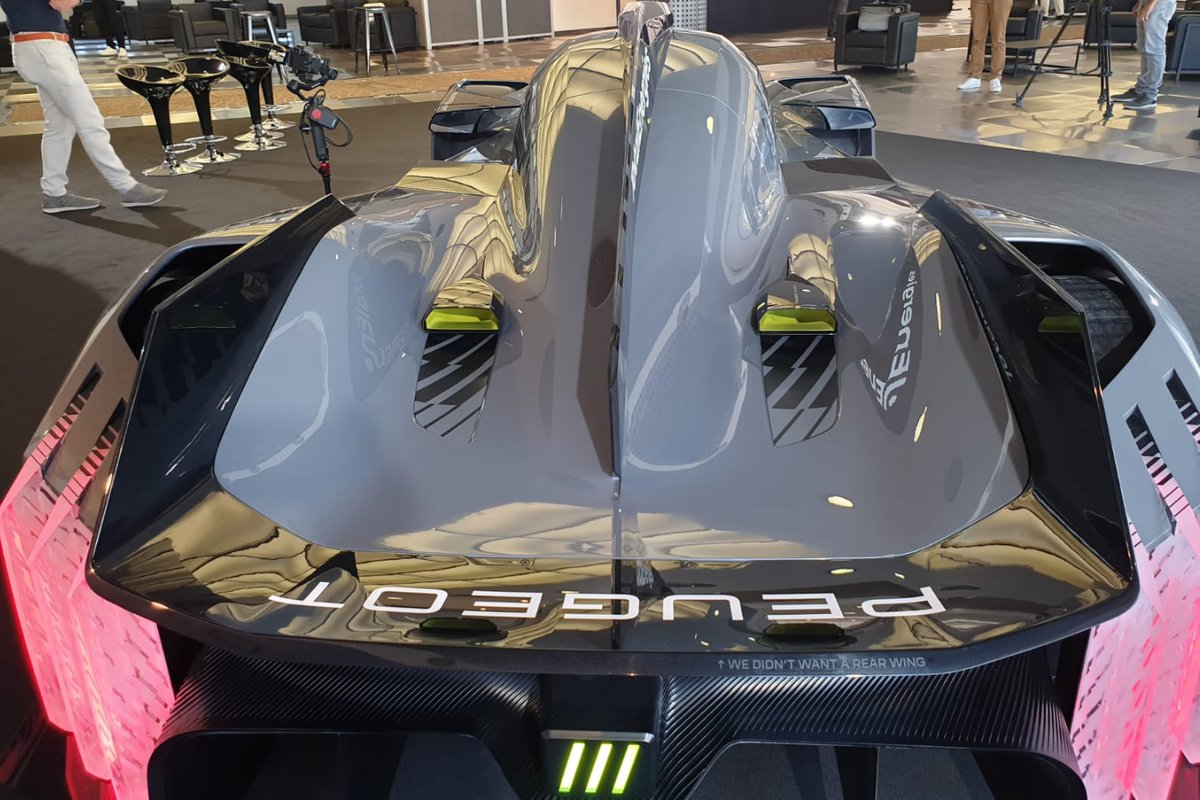 Peugeot has been able exploit regulations that lay down performance windows for LMH machinery, which include maximum downforce and minimum drag figures, as well as allowing much greater freedom in terms of the underbody than in the outgoing LMP1 category.

"Reading the regulations and trying to analyse their potential we found that we could achieve the correct levels of downforce and drag without a rear wing," explains Jansonnie.

"We started talking to our designers [stylists] and they said it was very interesting and we started to move in this direction."

Jansonnie revealed that the first 9X8 monocoque is already in build at an undisclosed external supplier and that Peugeot Sport will receive it "in the next two months".

The car's 2.6-litre twin-turbo has been running on the bench since April and is due to be mated to the front-axle hybrid system on the dyno in October or November.

Peugeot remains on target to start testing the 9X8 before the end of this year, Jansonnie insisted.

A decision on when the car will begin racing over the course of the 2022 WEC will be made after initial testing.

Asked specifically if the 9X8 would race at the Le Mans 24 Hours next June, Jean-Marc Finot, motorsport boss of Peugeot parent company Stellantis, said at Monza: "If we are ready we will, if we are not ready we won't.