Maldonado, Davidson and Roberto Gonzalez secured DragonSpeed's first victory of the 2018/19 superseason in treacherous conditions at Spa, with Maldonado pulling off a pair of overtakes after the third of four safety car periods to grab the class lead.

The Venezuelan built a lead of 10 seconds, which was then wiped out by the final safety car, before the race was finally halted with 11 minutes left on the clock amid heavy snow.

Davidson - a 24-time F1 starter with Minardi, BAR and Super Aguri as well as the 2014 WEC champion with Toyota - hailed the job performed by both of his team-mates.

HE added he hadn't seen Maldonado drive so well since his only F1 race victory in 2012, when he famously held off Ferrari's Fernando Alonso.

"After Barcelona in F1, this has to be his second-best drive of all-time!" said Davidson.

"It was one of those typical Pastor Maldonado days that just comes from nowhere and surprises everyone.

"He's always fast, but today he was exceptional. He loves this track, and in the rain particularly he was just on fire.

"Roberto as well, he was the fastest LMP2 driver in the dry for lap after lap. For a silver driver to do that, against such strong competition, was really impressive.

"He's come back from a long period of retirement, and now he's getting back to being the driver he was in Champ Car.

"He's got to start believing he can be as fast as me and Pastor."

Maldonado said: "We opted for a very good set-up in different conditions and the car behaved quite well in all of them.

"My pace was quite good, I was pretty confident with the car and the situation, we did the right [strategy] calls.

"The team did a great job, we had no problems all weekend, it was a pretty clean one. "We've deserved that for a while. We've been pushing and pushing in the last four races, been on the podium."

Davidson described his own stint as "a bit uneventful", although his time in the #31 Oreca included an off at Fagnes - the result of contact with the ByKolles LMP1 of Tom Dillmann.

"It was just one of those crazy races where you had to survive," he said.

The Briton also admitted the team was fortunate to get away with Gonzalez not completing his minimum drive time of one hour 15 minutes as a result of the red flag, which resulted in the Mexican being given an adjusted drive time.

"You have to remember all the bad luck we've had. It levels out on days like this," he said.

"We'll take it when it comes and remember the days we should've had a better result." 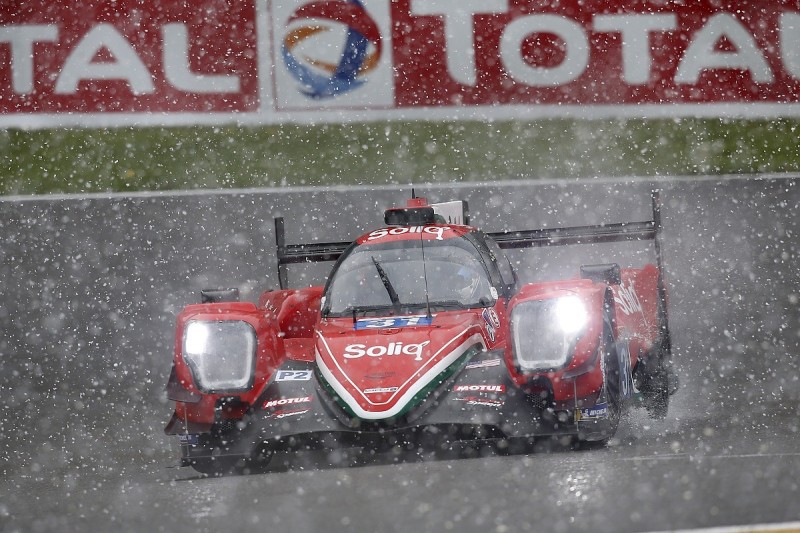