Sebastien Buemi has promised an aggressive approach from the #8 Toyota car crew at this weekend's Bahrain World Endurance Championship finale in an against-the-odds bid for the title.

Buemi, who shares the #8 Toyota GR010 HYBRID with Brendon Hartley and Kazuki Nakajima, admitted that the outcome of the championship is "not really in our hands" given the 15-point deficit to team-mates Kamui Kobayashi, Mike Conway and Jose Maria Lopez in the #7 entry.

"We basically have nothing to lose: if we have a DNF it is not going to change the world," he said ahead of the start of this weekend's Bahrain 8 Hours event.

"We will take risks and be aggressive: if it rewards us that's amazing, if not we look forward to next year."

Victory for Kobayashi, Conway and Lopez in the opening leg of the Bahrain double-header last weekend extended their lead to an extent that a victory for the #8 crew in the finale will not be enough for the title even with extra points on offer for the eight-hour race.

Buemi conceded that the #8 Toyota needs to beat #7 to pole for him and Hartley and Nakajima to retain a realistic chance of winning the first WEC title of the Hypercar era.

He explained that the point that comes with pole "will theoretically keep it open" in the battle with the sister car.

"If we get the pole then there is a chance, but if we don't, most likely it is over," Buemi told Autosport.

"We feel it is out of control: all we can do is get pole and win the race to at least have a chance." 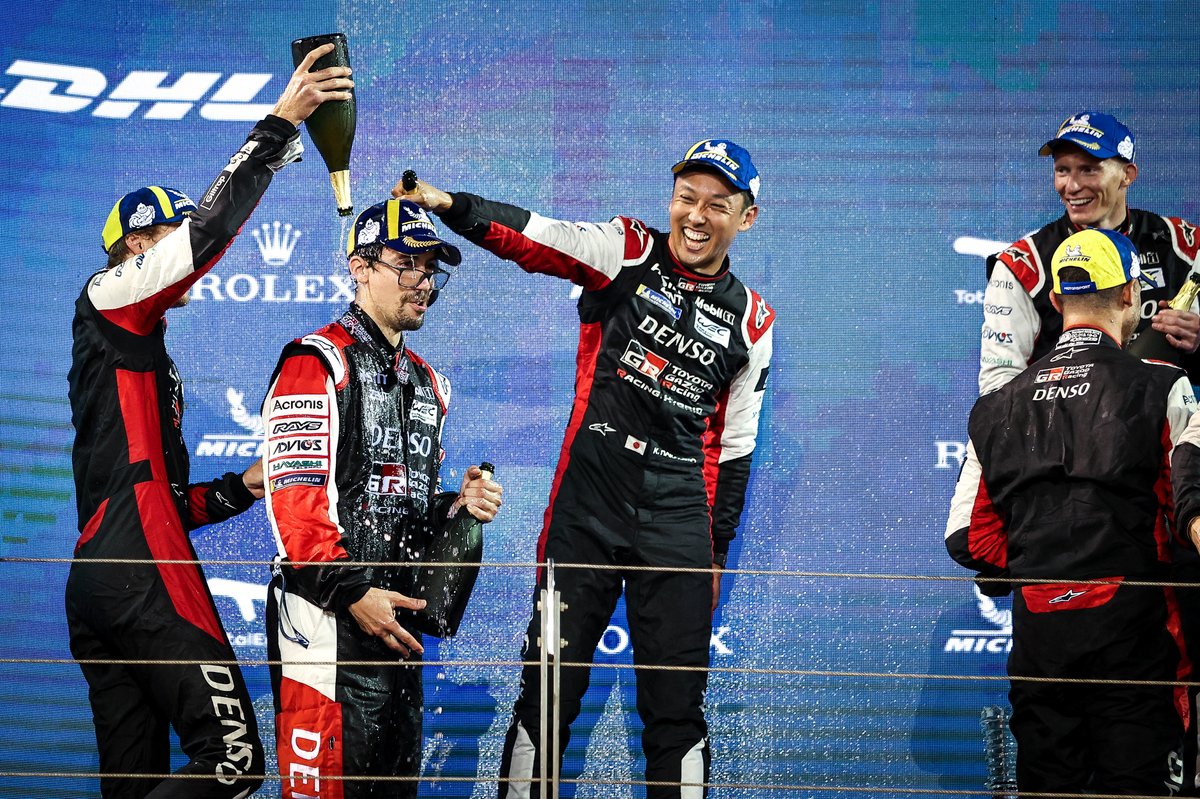 If the #7 Toyota GR010 gets the point for qualifying, Kobayashi, Conway and Lopez would only have to reach the end of the race as a classified finisher, which means taking the chequered flag and completing 70 percent of the winning car's distance.

This would guarantee them third-place points in the three-car Hypercar class (LMP2 cars no longer score in the overall WEC classification) and give them the crown by a single point.

The drivers of #8 would take the championship by one point if they claim pole and then win the race with the #7 finishing third.

Should the other Hypercar in Bahrain this weekend, the Signatech-run Alpine-Gibson A480, take pole for the second time of the season, Buemi, Hartley and Nakajima could still snatch the title.

They would need to win with the Alpine second and #7 third, which would give them the championship on count-back.

Buemi, Hartley and Nakajima lost contact to their team-mates in the championship battle after finishing second to them in the opening, six-hour leg of the Bahrain double-header last weekend.

The #8 Toyota suffered more tyre degradation than the sister car and was twice delayed in the pits, which combined to create a 50s deficit at the end of the race.

"It was set-up related: to be short and concise, too much oversteer in the car," he said.

"The drivers wanted to make sure they would have a good front end through the race and they had a very good front end, maybe too good."

Vasselon explained that the set-up requirements for Saturday's race will be very different from those of last weekend's Bahrain event, because more than half the longer race will take place under the cover of darkness and track temperatures will be lower.

This could involve bringing the harder of the two tyre specifications available in Hypercar - the soft hot weather Michelin - into play unlike last weekend.

"We have to redo completely the set-up work, tyre evaluation and tyre crossover [when to switch specification]," he explained.

Alpine in "another category" to Toyota at Sebring, says Kobayashi