The New Zealander's quickest lap of 1m48.490s aboard the #8 Toyota GR010 HYBRID gave him a margin of four tenths over the championship-leading #7 sister entry in the hands of Kamui Kobayashi.

Hartley set a total of three laps at the start of the 90-minutes session that were quicker than Kobayashi's 1m48.898s mark.

The Signatech-run Alpine-Gibson A480 was slowest of the three cars present in the Hypercar class for the Bahrain double-header that closes out this season.

Nicolas Lapierre was within a second of the pace in the grandfathered LMP1 car with a 1m49.479s.

Times for the cars in the Hypercar class were already quicker than in the corresponding session for last weekend's six-hour race in Bahrain.

The practice sessions for the penultimate round of the 2021 WEC were held during daylight when temperatures were higher, whereas Free Practice 1 for the Bahrain 8 Hours took place after the sun had fallen.

Only three of the eight hours of Saturday's race will take place during the day.

The Frenchman ended up just three hundredths quicker than Tom Blomqvist's 1m50.820s in the best of the Jota ORECAs. 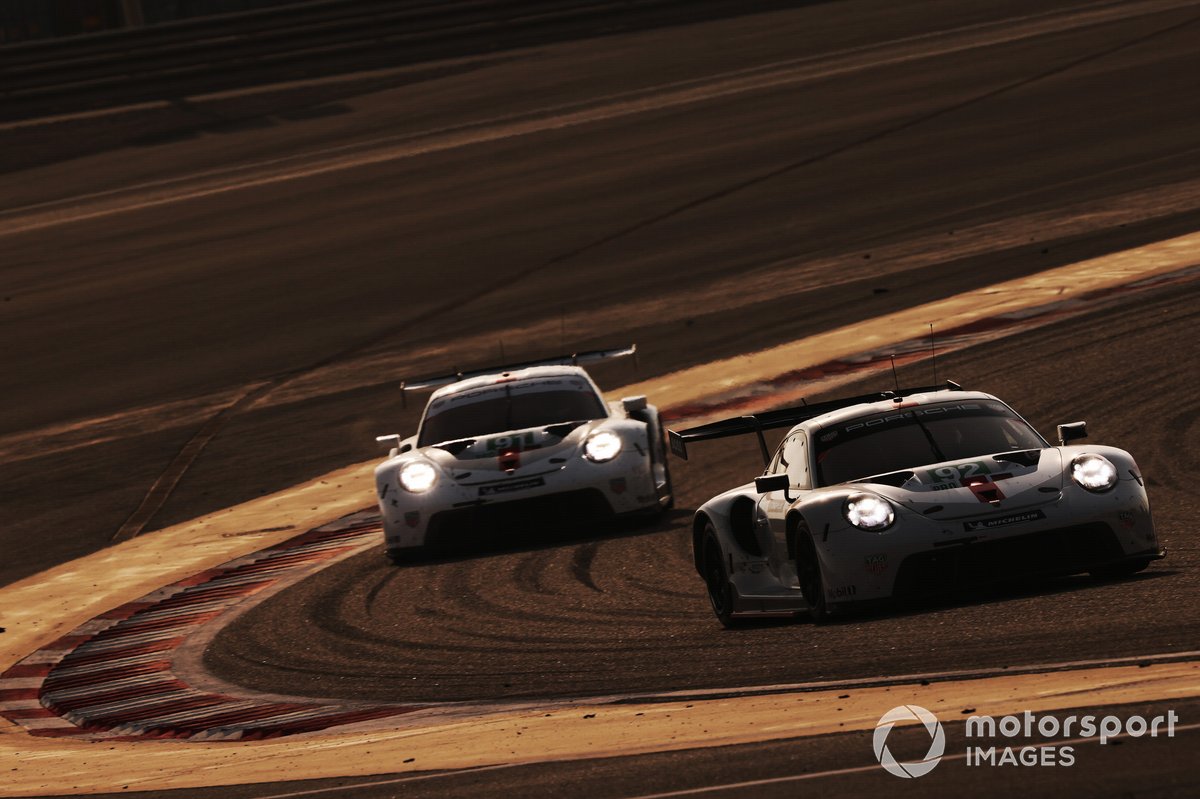 Neither of the factory AF Corse-run Ferrari 488 GTE Evos hit the track until more than 30 minutes into the session and ended up over two seconds behind the pace-setting Porsche despite a late Balance of Performance change.

Miguel Molina posted a 2m00.631s and Alessandro Pier Guidi a 2m00.677s as they brought up the rear of the WEC field behind all the GTE Am cars.

Ferrari did not give a reason for the cars leaving the pits late.

Augusto Farfus was quickest in GTE Am for the Prodrive-run Aston Martin Racing squad.

The Brazilian's 1m58.093s aboard the #98 Aston Martin Vantage GTE gave him a margin of two tenths over Matteo Cairoli in the Project 1 team's solo entry.

Practice of Saturday's Bahrain 8 Hours resumes at 9:00am local time on Friday.